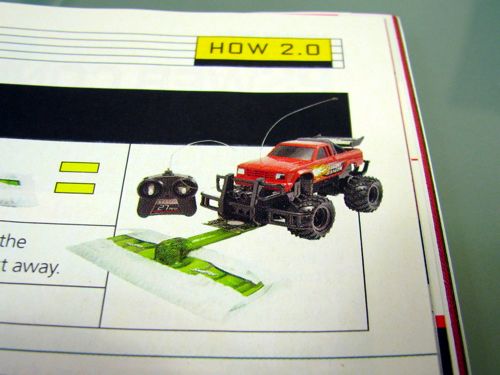 A version of our RC car floor sweeper project is featured in the April 2007 issue of Popular Science as a “five minute project.” Popular Science is a great magazine and we’re honored!

Daily Cup of Tech’s lost USB drive trick was also featured in the April issue. Over on the Daily Cup of Tech web site, we read that someone managed to use it to find not just a drive, but a lost kid as well– good work guys!

This entry was posted in EMSL Projects and tagged popular science. Bookmark the Permalink.