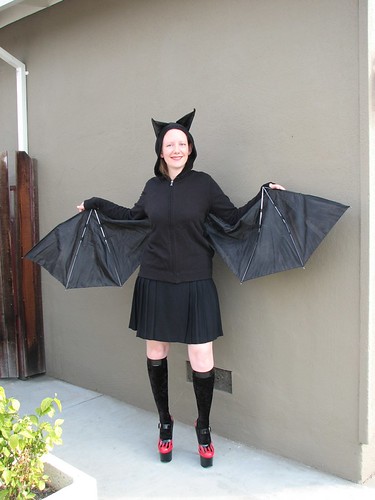 This updated bat costume puts wing spreading at your fingertips where it belongs. It also boasts a more impressive and slightly more dangerous wingspan. Watch where you point your wingtips! 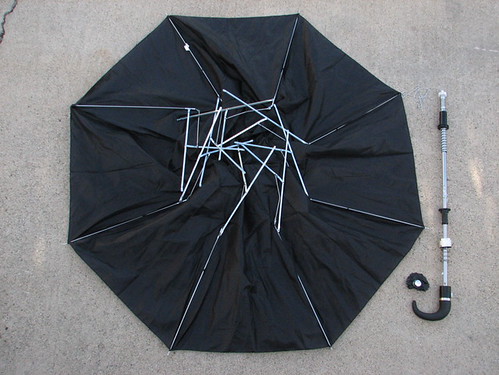 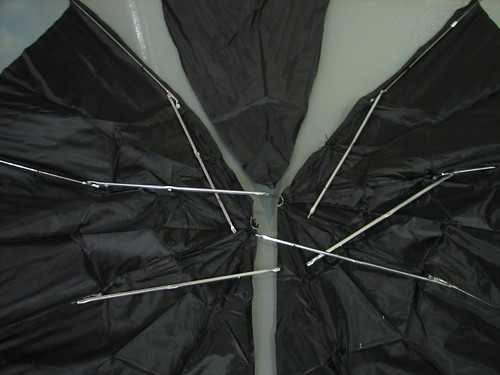 Once you’ve separated your umbrella from its stem, cut the material down the center of one section. In the opposite section, cut about three quarters of an inch away from the ribs, leaving you with a triangle of surplus material to use for the ears. Remove the ribs adjacent to the half-sections. 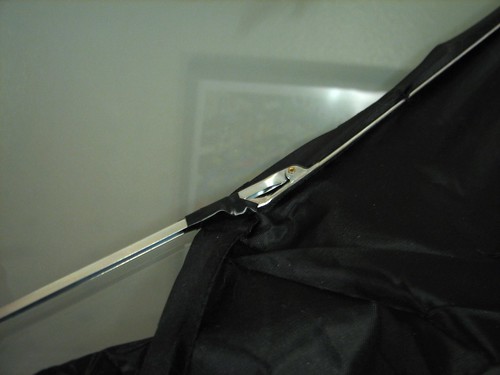 For the remaining ribs, use tin snips or other clippers to remove all but the two longest pieces of rib. Use electrical tape to hold the joint in the middle of the rib rigid. 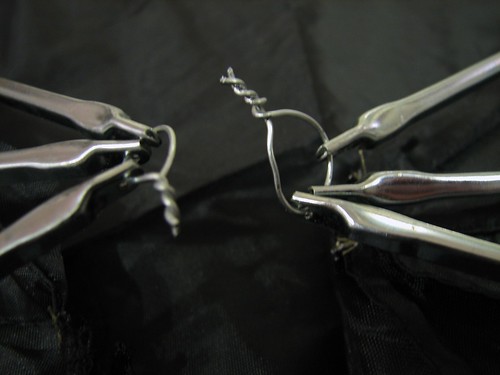 Wire the three ribs together – you can use the wires that were holding the umbrella together for this. 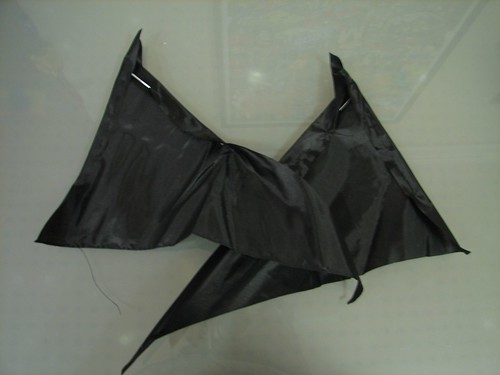 You can make the ears using the two extra ribs like last year’s version, or you can use the shorter leftover pieces to make smaller, less impressive ears as shown above. 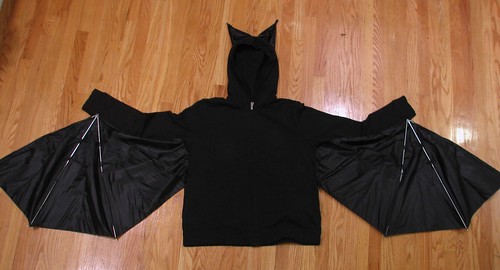 Stitch from the wrist of the sweatshirt to the underarm along the free edge of each wing. Align where the point of the missing rib would be to the side seam of the sweatshirt and stitch down the side. You should have a small triangle of material to trim away here when you’re done.

Finally, stitch the 3/4″ over the adjacent rib for the outer finger of the wing. This helps finish that edge of the wing, and hold the rib in place so you can extend the wing. That’s it – time to spread your wings! 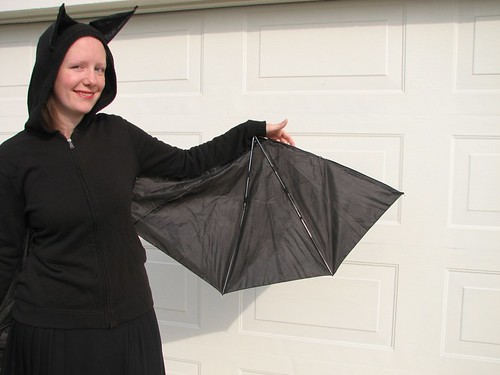 Note: we still also recommend last year’s version, both for kids (restricted wing-span is good) and for going for that Acme look.

You can find more costume projects in our Halloween Project Archive.

This entry was posted in Costumes, EMSL Projects and tagged diy, Halloween, holiday. Bookmark the Permalink.