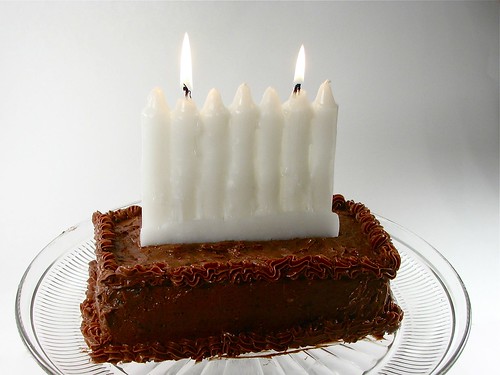 I am this many.

Have you ever heard of the unary number system, i.e., base-1 numerals? That’s the formal designation of tally marks– a means of representing a number symbolically by using symbols, where the number represented is equal to the number of symbols. While easy to grasp, it’s also a rather inefficient system, so we don’t find too many uses of them in modern life. One of the places that we do (almost) always use the unary system is on birthday cakes, where a birthday cake has one candle per year. This is fine for small numbers, but positioning, lighting and blowing out candles becomes impractical past a certain point.

Here’s a better way: A binary birthday candle. It consists of a single candle with seven wicks, where the wicks that are lit represent the birthday individual’s age in binary. This single candle design works flawlessly to represent any age from 1 to 127, never requiring anyone below the age of 127 to blow out more than a mere six candles at a time.

You can make this fused single candle yourself: 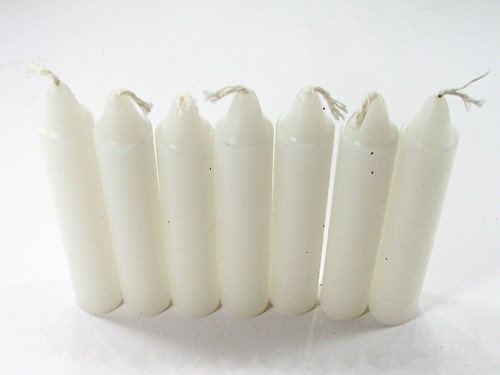 Our starting point is a set of seven regular candles from the grocery store, plus a couple of extras that will be sacrificed for their wax. 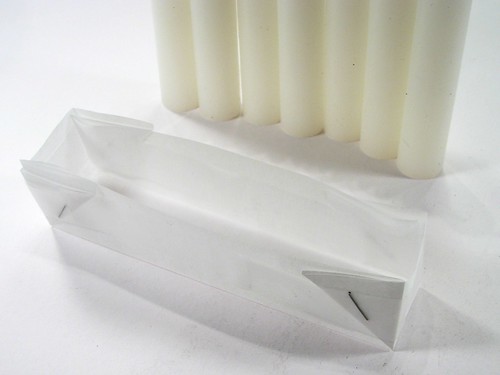 Fold a little rectangular trough out of non-stick parchment paper, big enough to fit the seven candles side by side. The paper accepts creases well, but furiously rejects scotch tape, so our solution to make the box work is to *staple* the fold-over tabs (that don’t touch the inside of the trough), and then tape it together with one big loop of scotch tape around the outside. (The tape sticks to itself.) 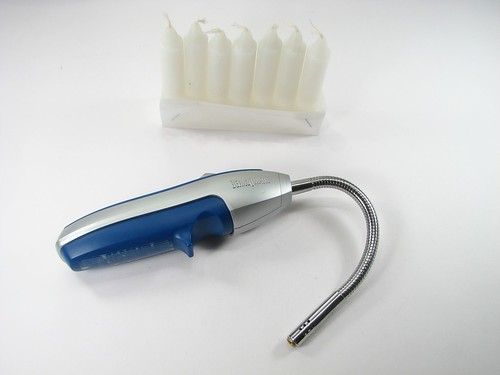 Next, we need heat. This handy lighter works well for the job, but there are other options as well. Melt the candles together on their interfaces. A helpful trick is to take one or two more candles and (using the lighter) melt and drip their wax into the trough, and/or into the gaps between the candles. Be careful not to accidentally light the candles! 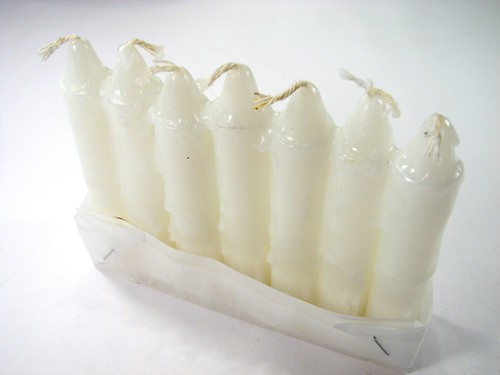 Here is our fused mono-candle. 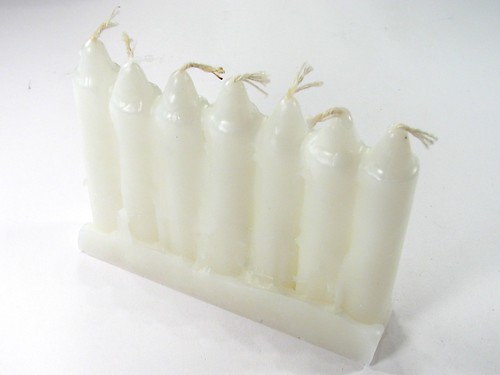 The parchment paper simply *does not stick* to the wax, so this comes out very easily, leaving a neat and clean rectangular base.

Add to cake and light. (If you don’t know your binary, you can always get help.)

Before you light it, it’s a very good idea to use scissors and trim down the wicks that you *won’t* be using, that way they won’t accidentally catch on fire.

This entry was posted in EMSL Projects, Mathematics, Play with your food and tagged binary, birthday, food, math. Bookmark the Permalink.