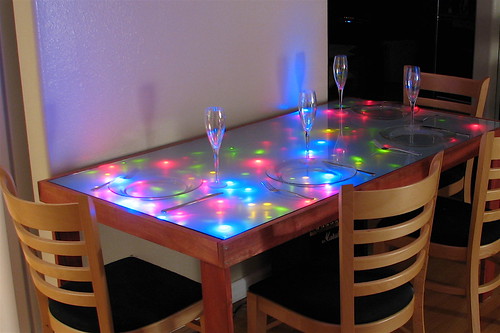 Today we’re releasing the circuit diagram for the Interactive LED Dining Table (aka our kitchen table).

We’re releasing this as a free (and fully unsupported) project design, so… “Have fun, kids!”

The circuit consists of 16 individual analog computer nodes that are connected together in a 1-D chain. 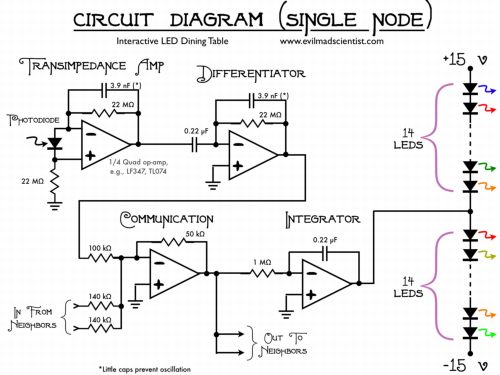 See also our original article, and download the PDF booklet about building this monster of a circuit here (5.5 MB PDF).

This entry was posted in EMSL Projects and tagged circuits, LEDs. Bookmark the Permalink.