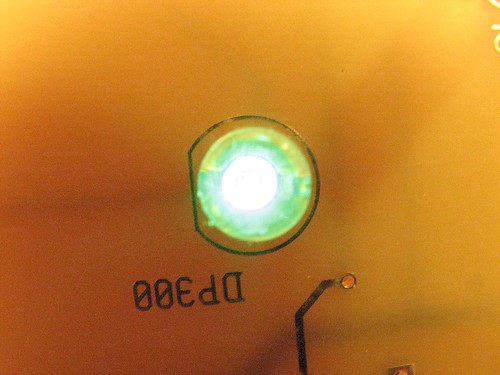 I took some close-up pictures of LEDs to get a look at what’s inside. These are just standard T-1 3/4 (5 mm) package superbright LEDs with clear lenses, one of the most common types, and I took the photos by placing my the lens of my camera (Canon S3 IS) right up to them.

The first photo (above) shows what one of these LEDs looks like in a short but fairly normal exposure with good lighting. While this particular LED is a blindingly bright pure blue-green color, it’s interesting that the brightest part shows up as simply white in the photograph. Your eye can perceive something to still be blue but very bright, but that can’t actually be represented in a digital photo, except perhaps with an HDR technique. This oddity is a form of saturation phenomenon; one of the ways in which photos of LEDs typically misrepresent how they look like in real life. 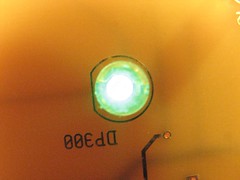 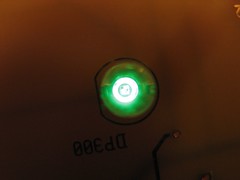 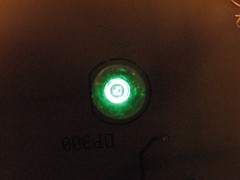 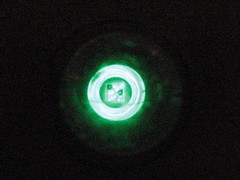 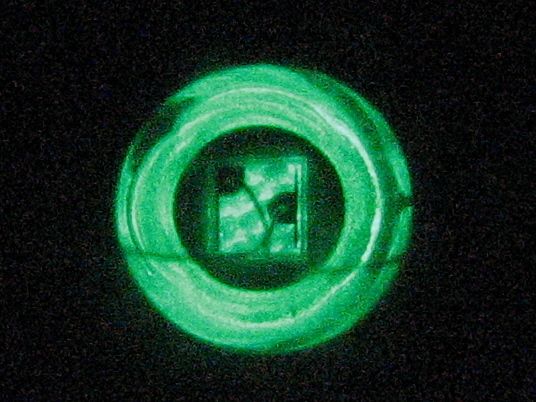 As we turn down the exposure and zoom in, the details of the LED begin to emerge. On this particular one, you can see the square chip of the LED and the reflected blue-green light around the edges of the plastic package. On top of the chip are two nearly microscopic wire bonds connecting the LED chip to the leads of the device. 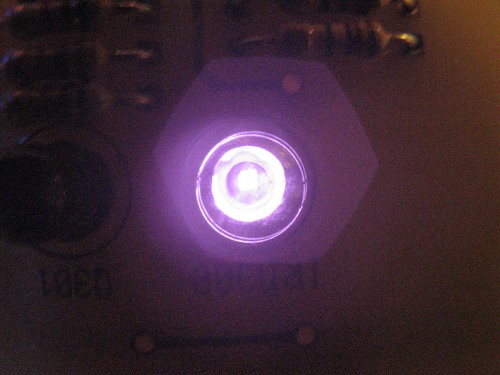 Next up, an infrared LED. Not too much interesting to look at here, but it is always interesting to see the light from an IR LED– which human eyes cannot see. 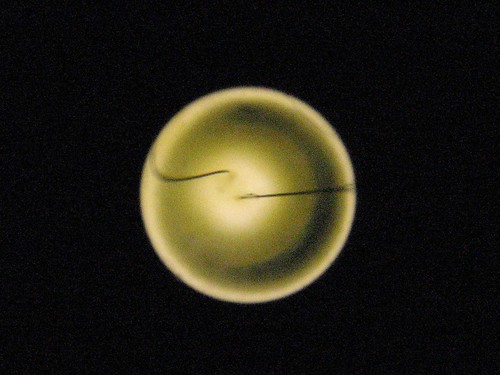 A white LED is an entirely different matter. Rather than a simple device like the green one, it’s actually a blue LED that illuminates a phosphor. While we can still see the two wire bonds, they seem to disappear into the phosphor, rather than remaining visible all the way to the chip. 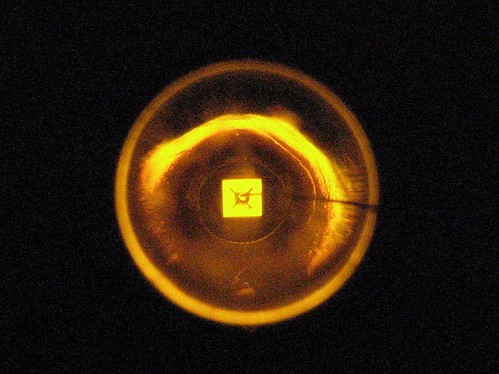 Finally, this orange LED has a slightly more traditional design where we only see a single wire bond. Its construction is a little bit like the one in this photo. Update: Thanks to some of the comments here, I went back and looked closely at this one by eye– I was wrong. The square in the middle is indeed the chip.

This entry was posted in EMSL Projects and tagged LEDs. Bookmark the Permalink.

4 thoughts on “Peeking in on some LEDs”