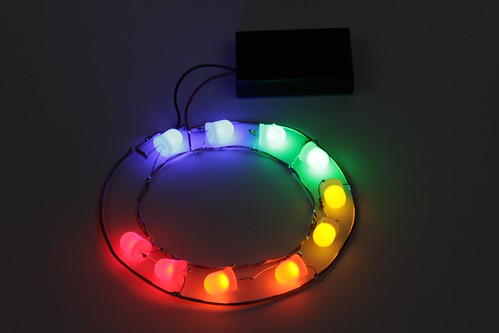 A sordid tale, starting in the bedroom, involving batteries, deceit, cheap tricks, LEDs, and a pot.

It started innocently enough. A family member hinted that a good way to keep warm on cold winter nights was with a heated mattress pad– more sensible than heating the whole house.

Winter came, it got cold, and we got our mattress pad. 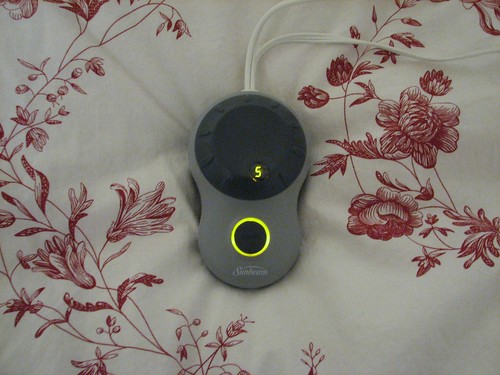 But, then we took a closer look at that LED display: 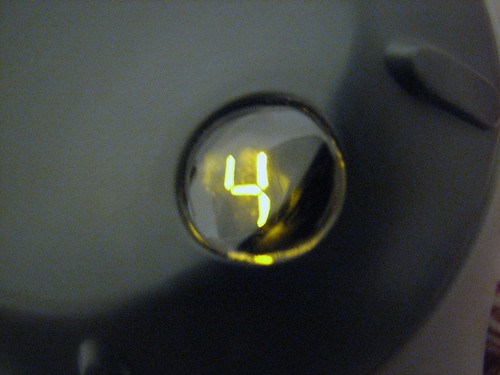 In other words, it’s about as digital as blip.

The whole bezel is rear lit by an LED driven directly off of the AC– you can tell from the blinking. (Driving LEDs from line voltage is common in consumer electronics; it works reasonably well if you have a big series resistor.)

Somewhere around this point we went from saying “WTF?” to “What the heck!” — because it’s a clever cheap trick, and if they can do it, so can we.

Sure, we can imagine a few cases where something like this could be genuinely useful, either as a front panel indicator or perhaps as a stage prop. But mainly we just wanted to make our own it because it’s hilarious. 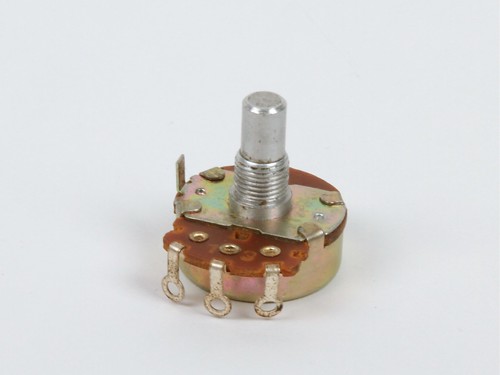 We’ll scale our dial to turn a standard 5 k pot, so that our fake digital display can do something useful.

Next, to design the bezel: 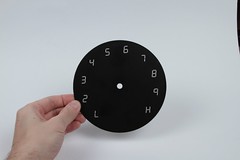 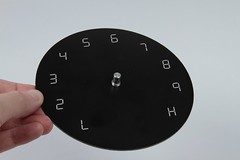 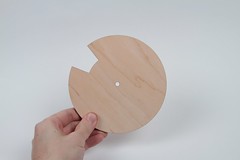 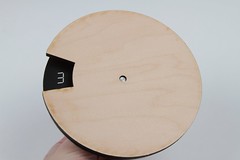 We laser cut the parts– black and clear plastic for the number plate and plywood for the dial/knob. The black plate fits over the threads of the pot, and the big wooden knob press fits onto the shaft of the pot; the pot turns when you turn this dial, revealing a single number beneath.

You can download our pattern here (8 kB PDF document).

It’s pretty simple, but if you want to play with the mechanism, you can print out both parts, grab a pair of scissors and a brass brad, and assemble it like we did in this project.

Next, we need the LEDs. For maximum fancy (without using actual seven segments!) we got out the fat LEDs: 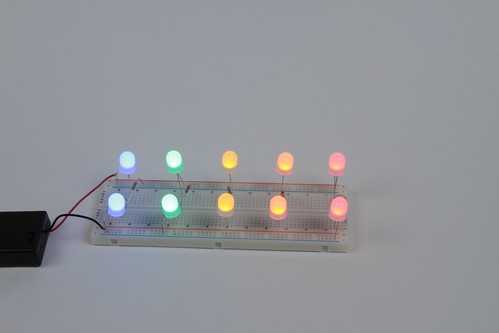 Two LEDs each, blue, green, yellow, orange, and red, to backlight the positions between L and H. We powered it from a 3xAAA battery box, and hooked it up on a breadboard to figure out the right resistor values to drive the LEDs efficiently. (Also, looks neat in the dark.) The four blue and green LEDs are independently driven off of the 4.5 V with their own series resistors. The two red LEDs are driven in series with a resistor, and that setup is used for the yellow and orange LEDs as well.

Then, we wire up the LEDs in a circle, using the same circuit: 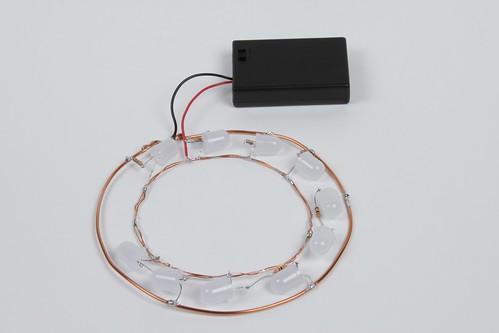 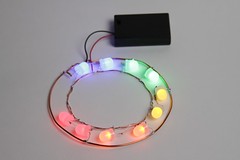 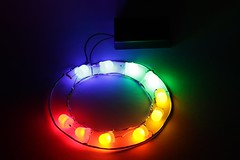 And then we can install the black and clear number plate: 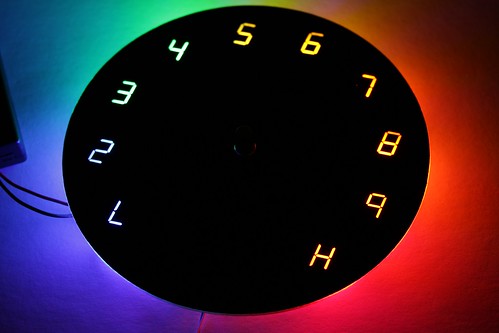 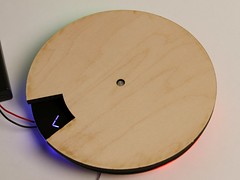 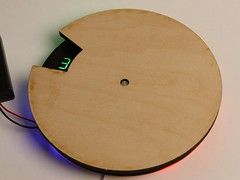 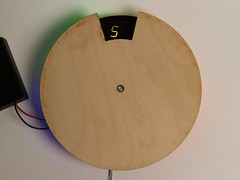 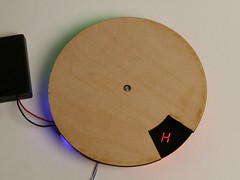 And there you have it: A five-color LED-lit fake-seven-segment pseudo-digital pot, based on advanced mattress pad technology.

28 thoughts on “Faking it: seven-segment displays”