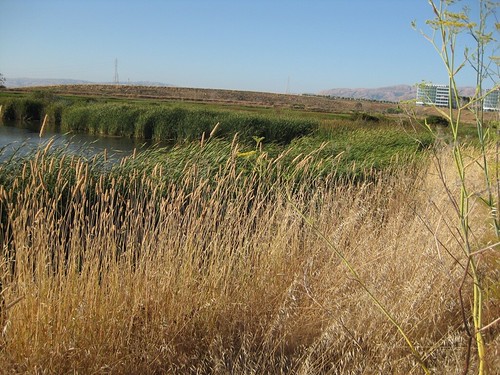 Here at the southern end of San Francisco Bay, tall grasses and other slender plants thrive around the edges of our often-salty marshes. 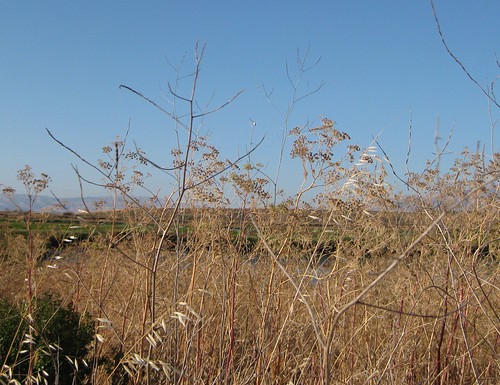 Towards the end of every summer, as the grasses start to dry out, you’ll sometimes see a gleaming white jewel, shining from the top of a stem. 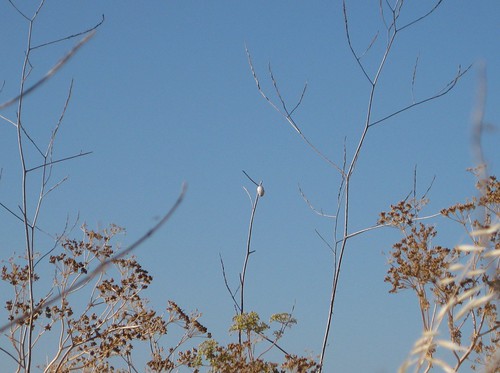 And if you look closer, it becomes quite a puzzle what that might be. A chrysalis? A gall of some sort? 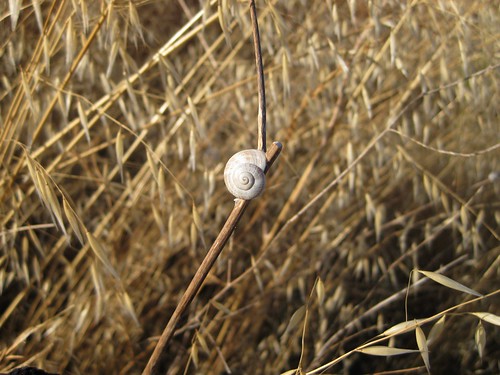 But it turns out to be both simpler and stranger than that. The little jewels are actually the desiccated shells of brown garden snails, bleached by the summer sun. 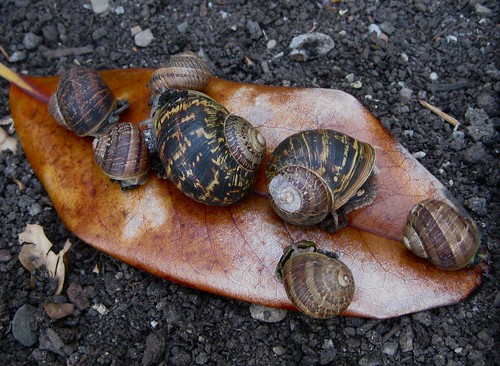 The common garden snail in this area is helix aspersa, the culinary snail of France, imported here in the gold-rush era by a Frenchman who intended to sell them as food. Normally, they are chestnut to ebony in color, with lighter striations. 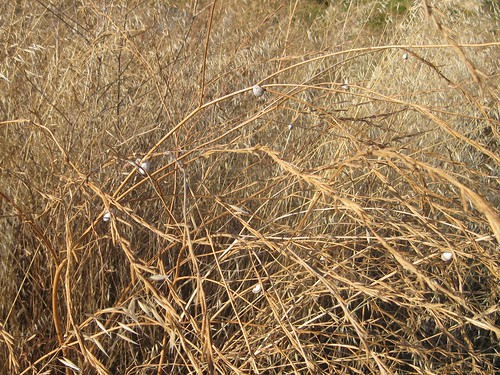 But the snails that we find in the grasses– I count at least eight in this picture –have dried up after their food sources, and have been left to sit in the sun for much longer than they would like. Seems clear enough that they climbed up the stem for a leafy snack while the plant was still green, but didn’t make it down in time. 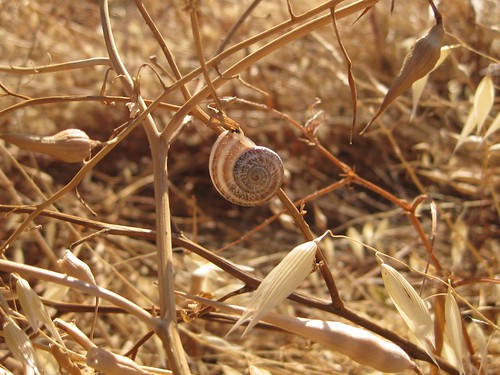 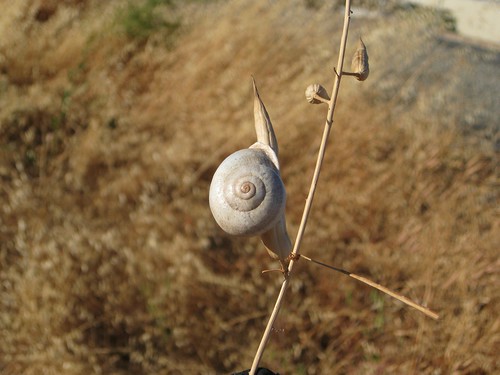 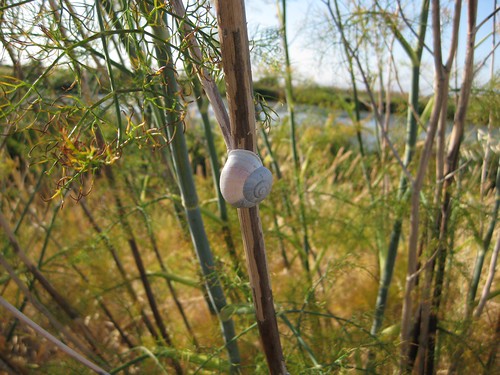 Depending how long it’s been, the shells may still be striped, faded, or fully bleached. In some cases the shell is long empty and backlit by sunlight. In others, the resident has only recently passed. In some cases the surface luster weathers shiny like a jewel, catching your eye from a distance. And that’s how we end up with ornamented grasses, glittering with the gaunt remains of gallic gastropods.
This entry was posted in EMSL Projects, Nature. Bookmark the Permalink.

5 thoughts on “Gaunt and Glimmering Remains of Gastropods”