This morning, we were on hand to see the Space Shuttle Endeavour make a low pass overhead, atop its Shuttle Carrier Aircraft, at NASA Ames Research Center.

As you can see in the panorama above (or at least, as you can see if you zoom in), we were deep in the crowd, out on the tarmac of Moffett Field, surrounded by the tower, Hangar One— presently stripped of its wooden exterior —and far off on the right, the two other blimp hangars. 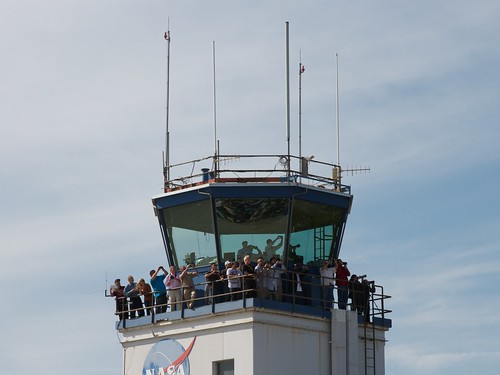 The next thing that we saw was a pair of fighter jet escorts. And then, the main attraction: 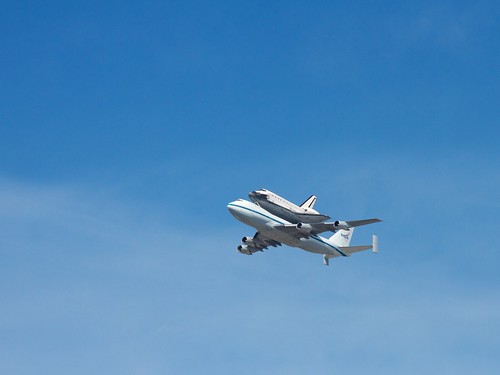 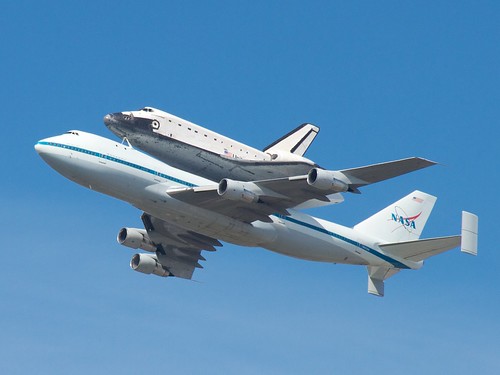 And what a view!

This modified 747 NASA Shuttle Carrier Aircraft (there are two) has tail number N905NA.  It’s been doing this for a long while— here is a photo from 1978 —but this is one of its final missions. 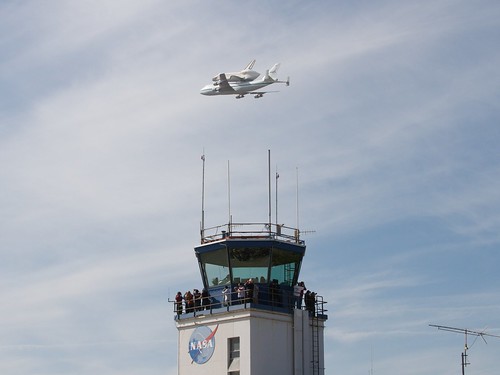 From here, after 25 missions into space, Endeavour moves onto retirement at the California Science Center in LA; perhaps we’ll see it again someday. But, alas, never airborne.

This entry was posted in EMSL Projects, Field Trips and tagged endeavour. Bookmark the Permalink.

3 thoughts on “Photos from the Shuttle Flyby”