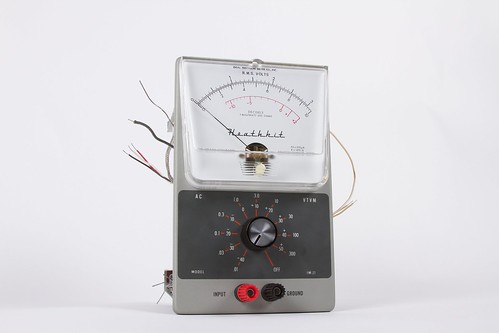 Last part we unboxed the Heathkit, looked at all the components, and started to build some of it. Now it’s time to finish off the build with the three main plates. This part is cool as you are able to see the creation come together before your eyes. We even created our own replacement part!

We also saw some cool vintage Heathkits at the Electronics Flea Market, and will show some pictures of those. Read on for more!

Our first adventure is with the big capacitor again. We hit a roadblock when the first mounting wafer didn’t fit the plate and the capacitor. We took some measurements and used Inventor to model it up to cut out on the laser cutter. 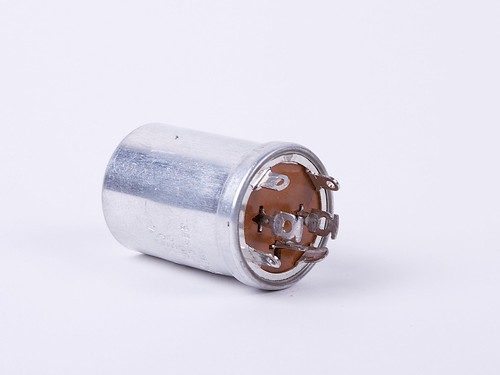 After two test cuts done with cardboard, it was time to cut it out of more sturdy material. For this material we used a melamine plate. The rectangles are some test cuts. 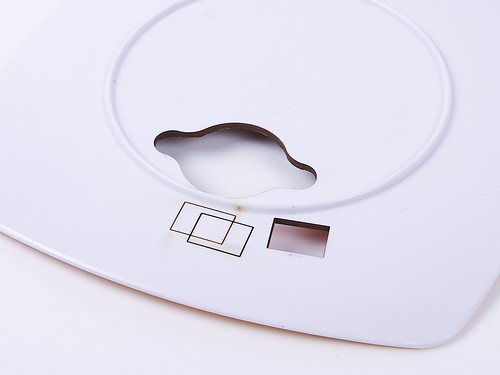 Here’s how it came out! (Surprise! It’s colourful!) The cuts were very precise. If you are also missing your capacitor plate, you can download ours from Thingiverse and cut it out! 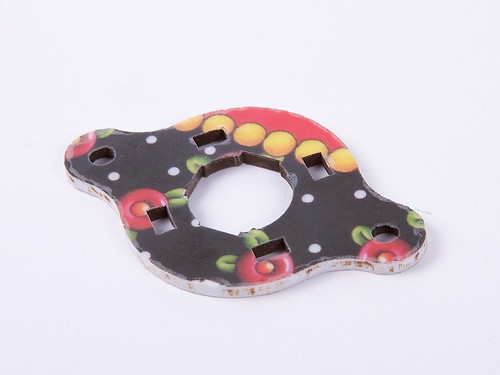 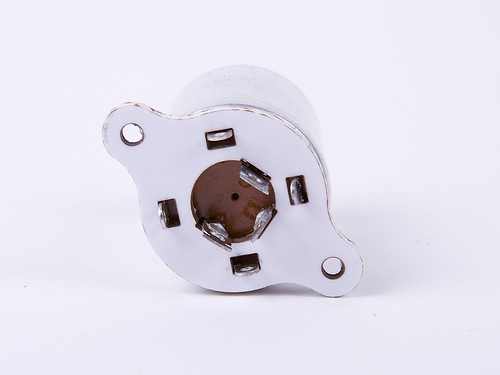 Most importantly, it fits! 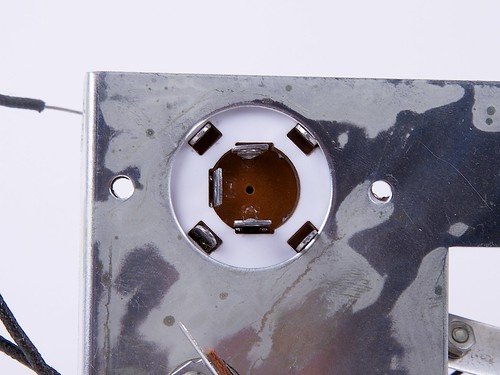 Here is an interesting component: it’s a tiny lightbulb! Used to backlight the meter probably. It is inserted by pushing down and twisting. 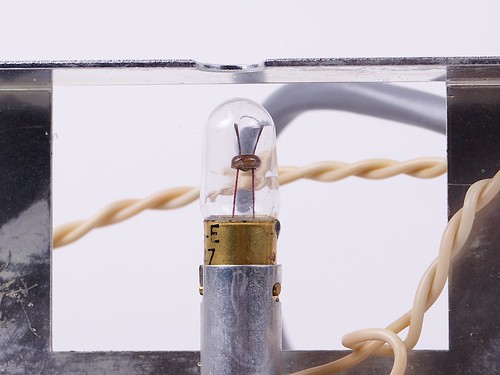 Here was everything that needed to get soldered. The soldering for this was a little different than soldering kits that work with Arduinos, as you need to use a lot of solder. The wires and leads are much bigger, as well as the tabs, so the contacts have to have a lot of solder. 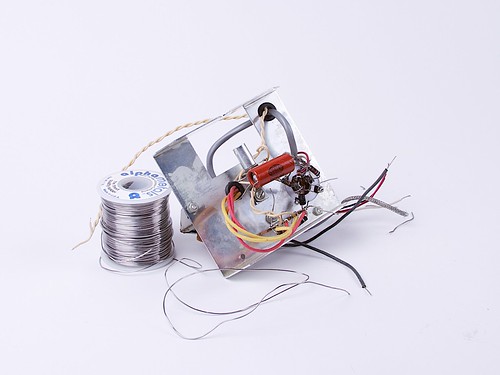 Here’s a closeup as the solder blobs. As mentioned before, the components are really big! 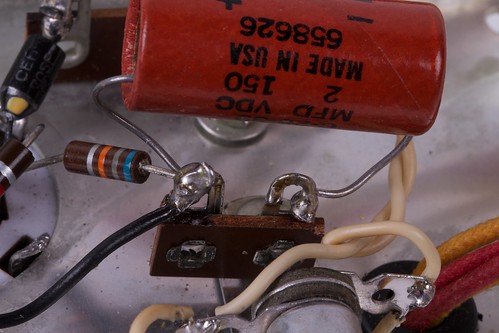 After it was all soldered together it started to look a little bit more tidy. There is lots of room inside now thanks to the excess of leads being trimmed off. The solder from one of the capacitor lugs to the metal casing needs to be improved- it’s only a temporary measure. 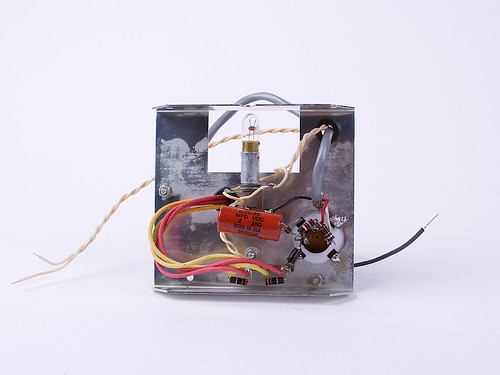 The transformer seems pretty interesting. This is its number… 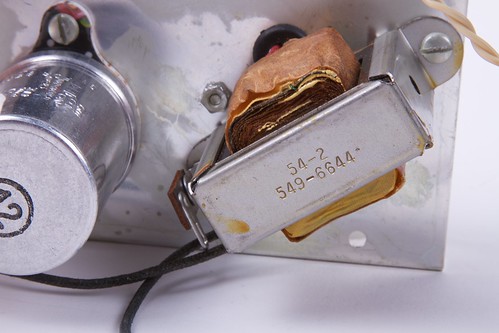 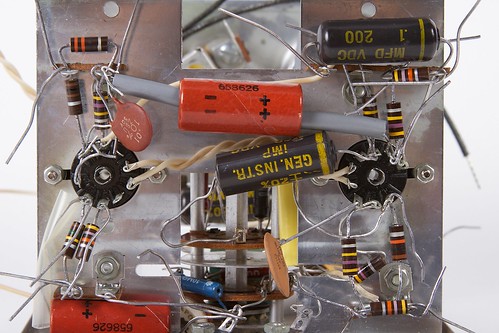 This is the plate that hosts the two tube sockets on it, which is pretty cool! There are connections going from the two sockets to everywhere. 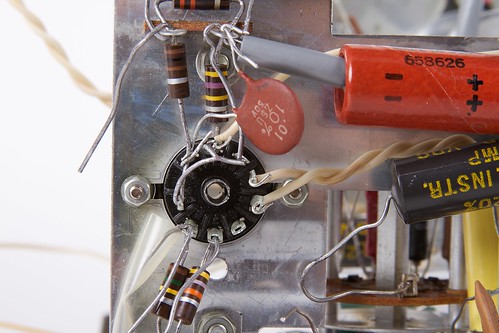 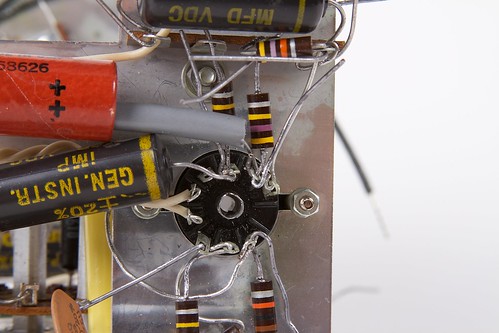 There is also the black and red lugs on this plate, which is quite exciting! Eventually our test probes will connect into these. 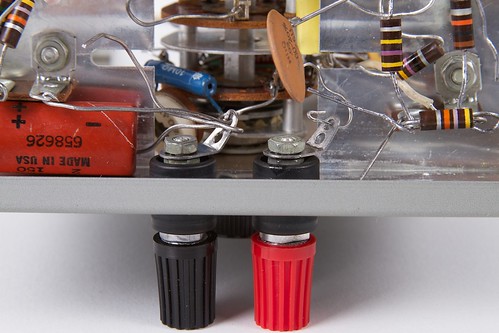 From the side view you can really see how many components are on this plate. Wow! 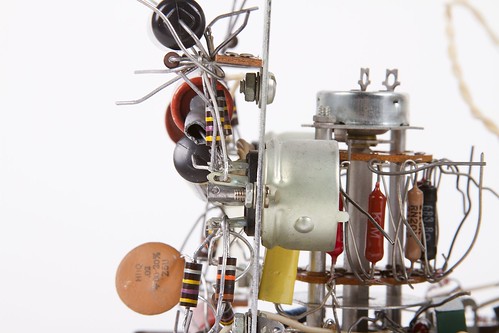 This plate gets mounted on the other plates. We’re starting to form a box! 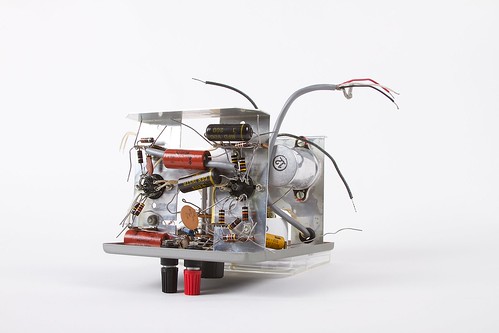 This was great progress so far. Next time, this will all be soldered, there will be a few more components added, and we’l be adding a few more sides to it!

Switching gears now! At the Electronics Flea Market there were quite a few Heathkits around! As you can see here, Heathkits are taken seriously in their mint-preserving measures, and are quite valuable. 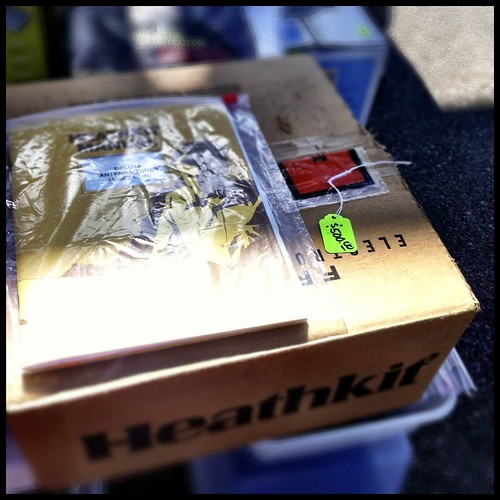 There were very many built Heathkits around! 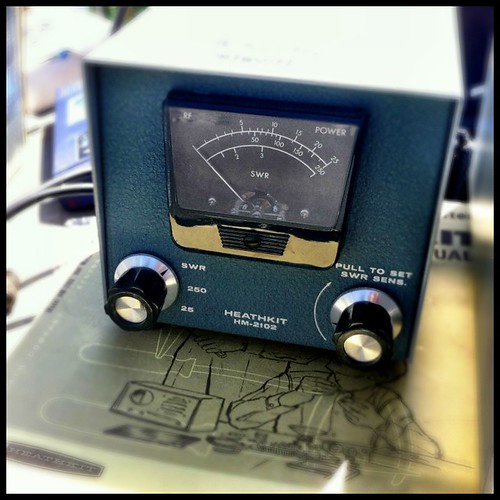 If you’re a true collector, there were some good deals (ok, more like “so-so” deals) around! 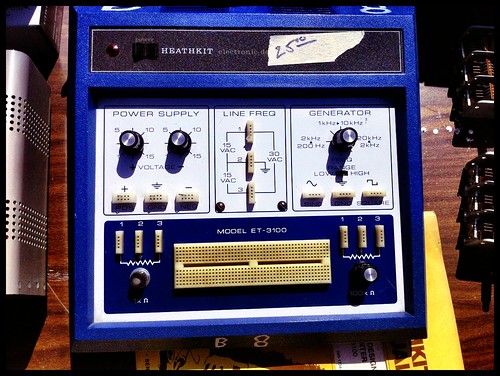 It was really cool to see the really vintage ones, like this signal generator with its knobs and wheel! 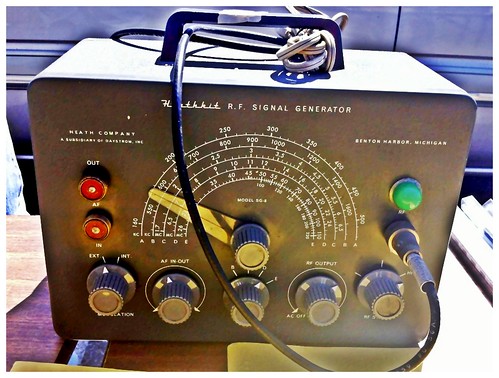 One of the things that is striking about Heathkits was their design. This one demonstrates it quite adequately. The appearance is very plain yet clear, so you can focus on the controls rather than the text. This one just looks like it is begging to be in use! 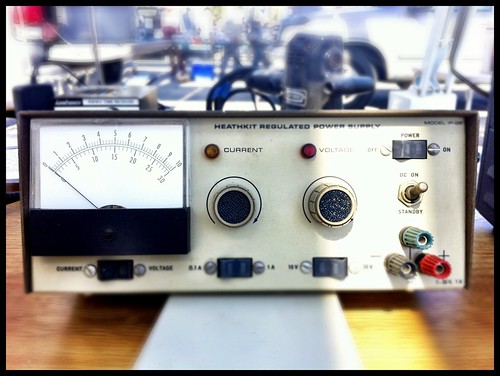 Also at the flea market we were able to find one replacement tube, just in case it is broken! Plus, extra tubes are pretty cool! 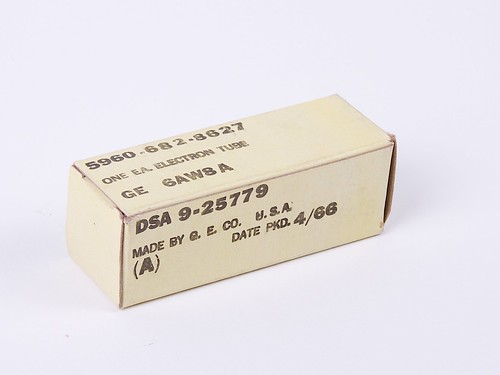 Up next there will be some soldering, some more building, and pretty soon it will start looking like a real put-together project! Maybe it will be functional, or perhaps it will be a static art project with some added LEDs!

After Maker Faire, Nate from Sparkfun visited and totally wanted a picture with the Heathkit! Check it out! 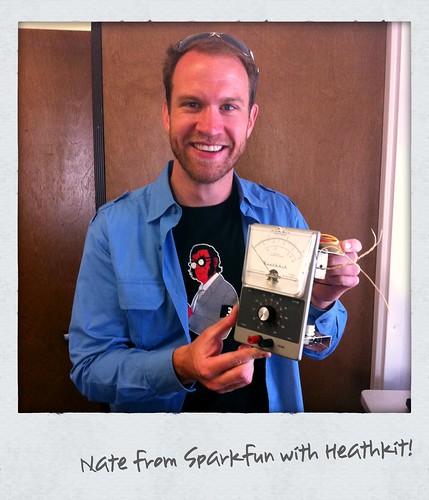 The stories that everyone left on last post about their Heathkits were very cool. One of the interesting commonalities was that people built Heathkits because they needed to use the finished device, as they couldn’t get one otherwise. Maybe something to keep in mind now with more modern kits!

More build photos can be found on flickr here:

Feel free to share your Heathkit stories or your best find at the electronic flea market in the comments below, or on Google+ / Twitter! Keep on vintage making, everyone!