Chris Shen‘s first solo show just opened at 18 Hewett Street in London, and he shared with us about his piece, Infra, built using a Peggy 2: 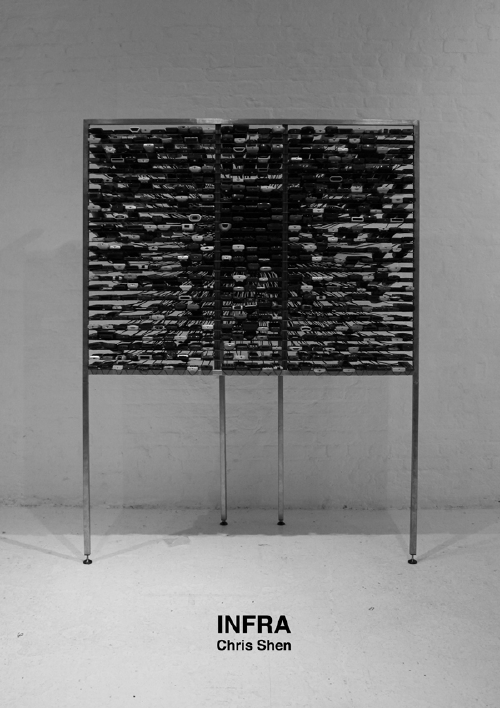 The idea was to build a infrared display out of old remote controls, using the existing infrared LEDs as pixels of a low-res display. 625 old remote controls are mounted in a metal frame connected by individual wires to a modified Peggy 2 that runs the whole installation. 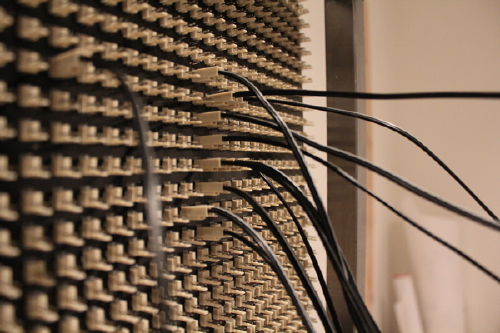 The main change to the Peggy was to solder molex headers instead of LEDs: this is to allow the wires to be easily plugged in and out of the board which is necessary when dismantling and reassembling the piece. Yes, all 625 remotes are numbered so they can be removed from the frame for transportation! The current and voltage was also adjusted fo IR LEDs as opposed to visible LEDs. 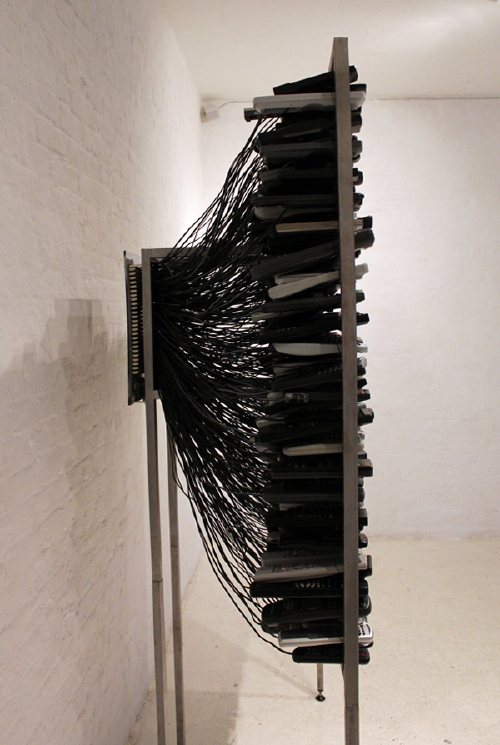 While researching, the main thing I was looking for was the ability to play video (live) on a low-res matrix. I looked into various ways of doing this but once I found the Peggy 2 kit it gave me confidence to go ahead with building Infra because of the open-source nature,  existing work done by Windell, and Jay Clegg’s video Peggy mod. 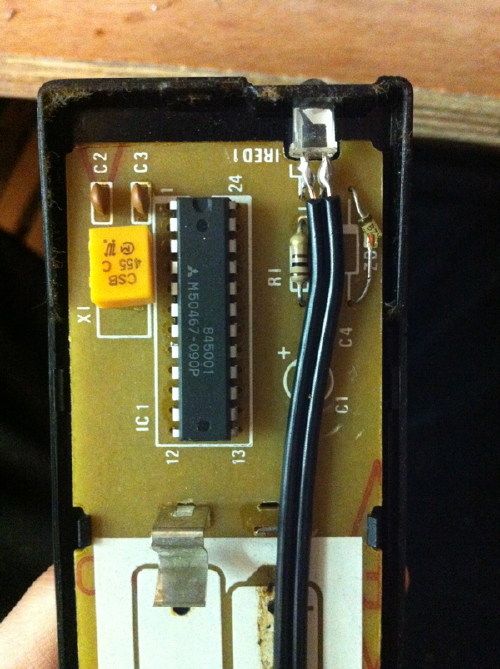 I connect all the remote controls via 500 meters of speaker wire to the Peggy, held into the frame by a simple looped elastic band. The circuit is mounted to a sheet of acrylic as the circuit bowed with all the wire attached. Each remote had to be opened to solder the wire directly to the LEDs legs. The wire is then routed out through the back of the remote and closed back up. 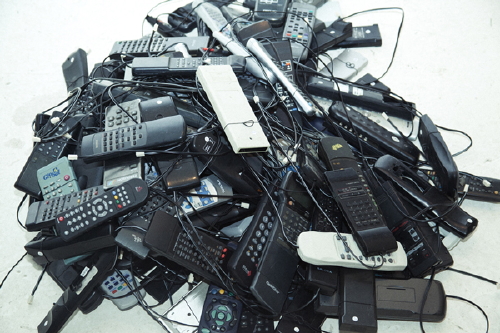 Preparing all 625 remote controls was the most time consuming part, each was different and often not very clean especially once you get inside. Although looking at all of the remotes individually revealed another side to the project which I’ve documented through a small run of books.

Thank you to Chris for sharing about how you made your piece with us. His exhibit will be up through February 3rd, 2013, so if you’re in London, go see it soon!

This entry was posted in Art, Electronics, Engineering, Everything Else and tagged art, electronics, LEDs, peggy 2. Bookmark the Permalink.