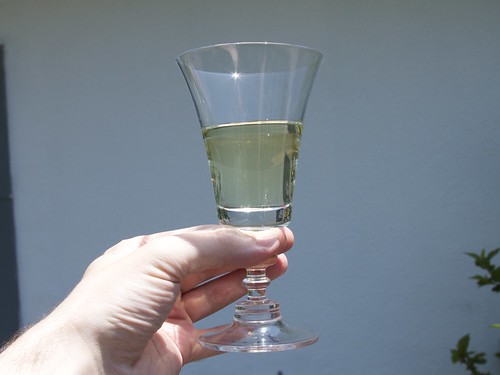 Here’s how to make an exotic kaffir lime based variation on Limoncello.  Limoncello is a sweet Italian liqueur made with lemon-peel infused vodka (or grain alcohol) and simple syrup.  Our variation adds a exotic twist to a fantastic summer treat. 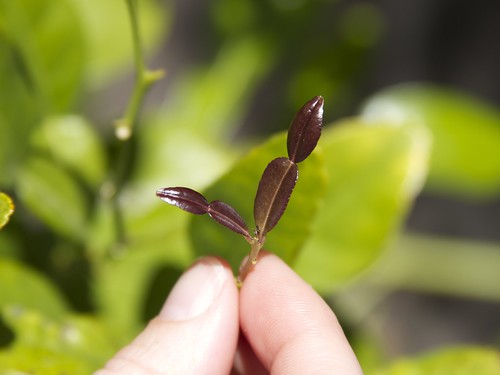 Kaffir lime leaves are one of the signature flavors of Thai food. They’re often available at asian grocery stores in small bunches, but the trees are also available at some nurseries. When they first leaf out, the young double-lobed leaves are purplish, tender, and very spicy. The flavor of kaffir lime is a distinct citrus flavor, as different from lime as lemon, orange, and grapefruit are from one another. The kaffir lime tree also produces fruit (wrinkly little spherical green lime), and the zest of that fruit contains the same flavor as the leaves.  However, it’s generally easier to obtain the leaves, as they are found more commonly in Thai cooking. 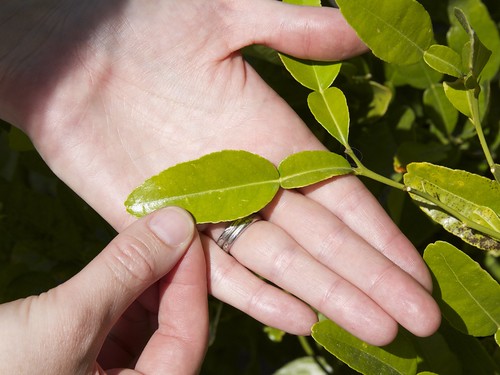 As the leaves mature to green, they mellow in flavor and begin to toughen. We usually pick them when they’ve just turned bright green, but are still tender.

Making Limoncello is a straightforward (but slightly lengthy) process of adding lemon zest to vodka or other neutral strong spirits, waiting several weeks, and then adding simple syrup and waiting a bit more. Our favorite Limoncello recipe served as a starting point of this variation. We also found a forum discussing the idea of using Kaffir limes, which gave us a starting point in terms of the number of leaves to use. 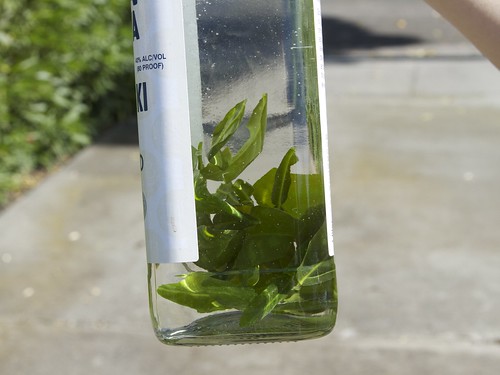 Step 1: Add 20 washed and dried leaves in a one-liter bottle of good quality vodka. (Our favorites are Polish or Austrian potato vodkas like Monopolowa and Luksosawa.)

A common and traditional variation is to use straight grain alcohol that allows you to use a shorter infusing period. However, following the GIGO principle, we’ve generally found that starting with a drinkable input results in a more drinkable output.

Set the bottle it in the back of a cupboard and forget about it for about a month. If you happen to see it on occasion, shake it a bit and open it to see how it smells. You’ll want to make Thai food. 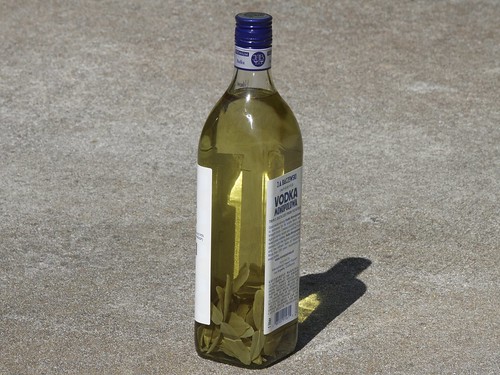 After a few weeks, the leaves will have leached their favor (and a hint of their color) into the vodka.

Step 2: Dissolve 1 3/4 cups sugar completely in 2 1/2 cups water. Microwaving it in a glass measuring cup for a couple of minutes will typically get it warm enough to dissolve.

Step 3: Thoroughly cool the simple syrup, to at least room temperature. (It’s okay to leave it in the fridge overnight.) If it is not fully cooled, it can result in an opaque final product.

Step 4: Pour the infused vodka and the simple syrup into a larger bottle (or multiple small ones), discarding the leaves.

Most variations on this kind of recipe suggest waiting a few days after making it “for it to mellow,” although you may not be able to resist trying it first. 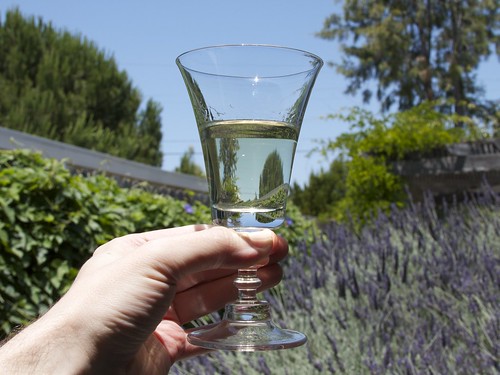 This entry was posted in EMSL Projects, Play with your food and tagged drinks. Bookmark the Permalink.

7 thoughts on “How to Make Sweet Kaffir Lime Liqueur”