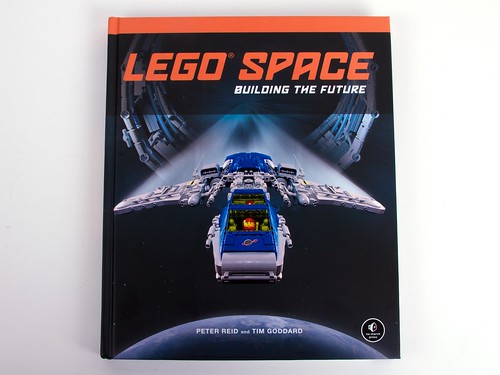 No Starch Press was kind enough to send us a review copy of their new book, LEGO Space: Building the Future, by Peter Reid and Tim Goddard. It’s a story book, a gallery book, and a building book, full of all-new space-themed LEGO models, big and small. 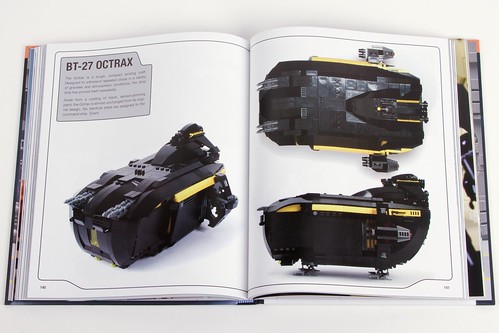 A book with a title as broad as “LEGO Space” could be about almost anything— about all the different LEGO space genres, or official sets, or what people have built with them, or perhaps what has even been inspired by them.  But it turns out to be none of these.  As an unauthorized and independent LEGO book, it features no official LEGO model designs, no branded sets like Star Wars, nor any of the post-1990 space-themed LEGO varieties, such as the “Life on Mars” series.

Instead, the book strikes three chords. First, it’s an extended love letter to the “classic space” and Blacktron eras of space-themed LEGO sets, 1978-1988. I personally can relate: I spent a considerable fraction of my free time during that decade building LEGO models, and the space ones were my favorites.

The “BT-27 Octrax” shown above and the “LL-605 Marauder” on the cover are two of the many spacecraft models in the book that perfectly capture and yet so very greatly extend the mood and design aesthetic of the era. The basic bare blue and gray of the classic space sets yield to highly greebled surfaces, and the sleek yellow and black of the Blacktron sets lead to models like this neatly curved “landing craft.” 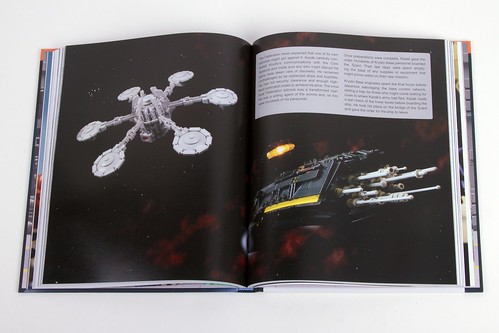 And that brings us to the second note that the books strikes: a gallery exhibition of some truly fine space-themed lego models created by the authors. And rightly so: Peter Reid and Tim Goddard are accomplished builders in their own rights. You can view their flickr streams here and here, brimming with the little robots and spacecraft hangers that you’ll find in the book. 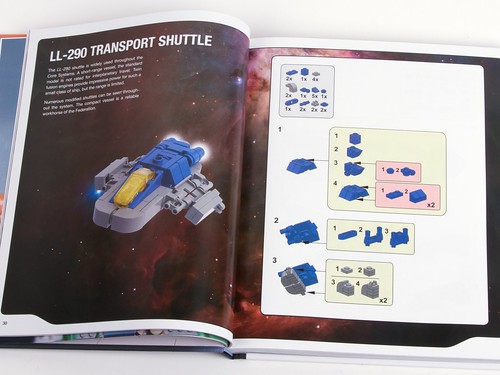 Third (and definitely last) it’s a building book.  There are instructions to build approximately ten models from the book— all at about the scale of this little LL-290 Transport Shuttle or smaller.

While the instructions are good, clear, and in the classic style that we expect, it feels like a bit of a tease that the authors show off all of those wonderful larger models that they don’t provide instructions for.  Of course, that is a fair choice: had they done so, there would not have been room for anything else. The authors of Forbidden Lego (which we wrote about here) took that approach, and ended up with a (thick and substantial) book containing only five models with instructions. 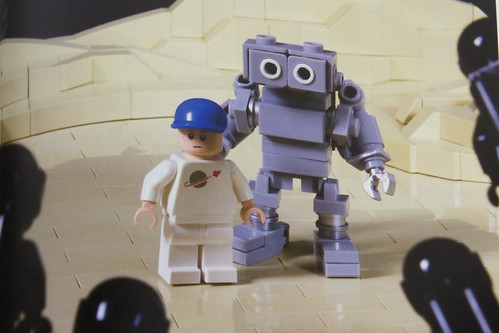 As we hinted, it’s not all spacecraft, either.  Our favorite of the smaller models is this goofy robot called “Keko, Federation Mechanoid,” for which instructions are provided.

An interesting stylistic choice: The surfaces of alien planets, laboratory floors and hangar bays are uniformly shown as smooth tiles, rather than covered with arrays of LEGO studs. You won’t find any crater-bearing base plates here. 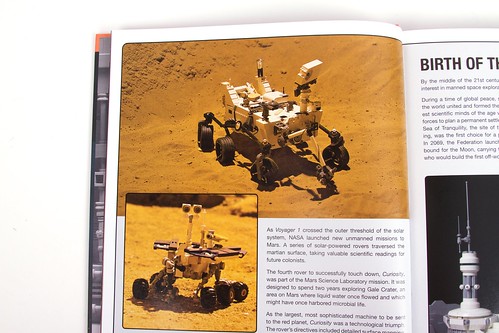 While the vast majority of the photos in the book are organized into a retro-futuristic sci-fi story, the first few pages (out of 216) feature some historical models including Sputnik, the Voyagers, and this exceptional Mars Curiosity rover— far more satisfying than the official version. 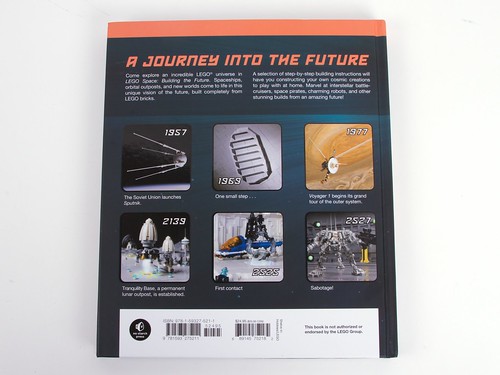 LEGO Space is available in hardback for $24.95 from No Starch Press.

This entry was posted in EMSL Projects, Reviews and tagged lego. Bookmark the Permalink.