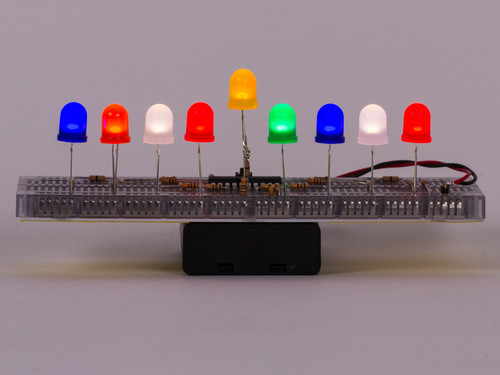 Today, just in the nick of time, we are releasing two new LED menorah kits for 2013 that complement our consistently popular Deluxe LED Menorah Soldering Kit. 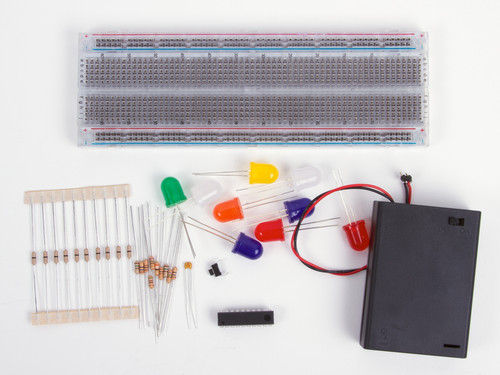 The first kit, the Deluxe Electronic Breadboard Menorah Kit, is a response to two requests that we frequently receive: (1) for an LED menorah kit that doesn’t require soldering and (2) for a menorah kit with assorted multicolor LEDs— for that assorted-color candle look. (Nailed it!) 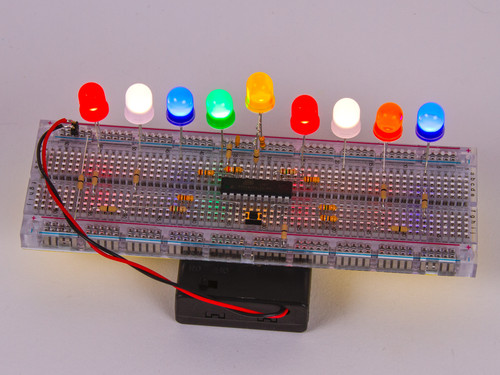 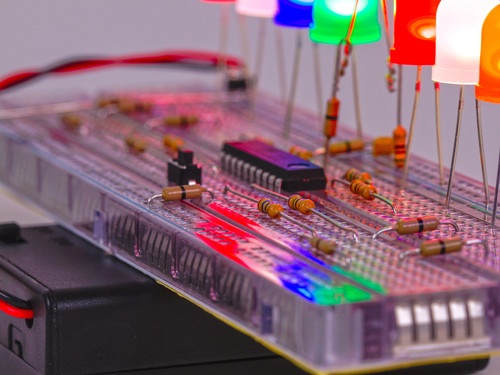 While the electronic components— the microcontroller, resistors, control switch, and LEDs —are essentially the same as in the Deluxe LED Menorah Kit, we’ve had to make quite a few changes to the layout and firmware to redesign the circuit to lay out so neatly on a breadboard. Additionally, as the perceived brightness of different LED colors can vary quite a bit, we’ve included a specific set of per-color resistors to even out the overall brightness levels.

The Deluxe Electronic Breadboard Menorah Kit is in stock now, and ready to make happy campers on some night(s) of Hanukkah this year. 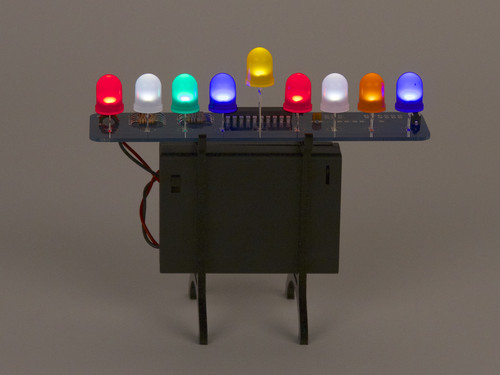 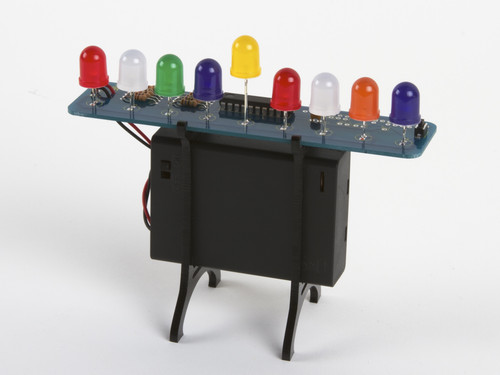 And it even looks good with the lights off! The new Special Edition LED Menorah Kit is in stock and shipping now.