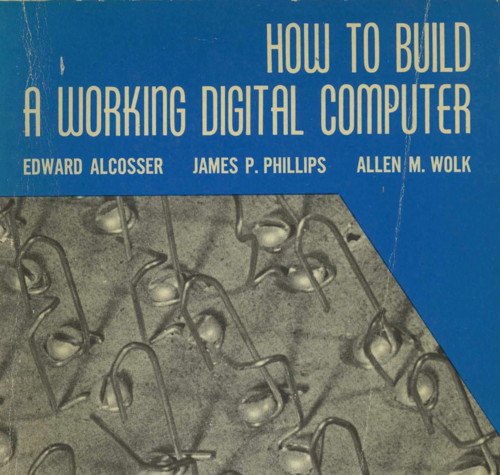 It was the 1960’s, and people were building some very interesting digital computers.   One of them was the Digi-Comp II, which we have written about extensively: a binary mechanical computer based on rolling marbles and flip-flop gates.

For an entirely different approach, look no further than How to Build a Working Digital Computer (1967) by Edward Alcosser, James P. Phillips, and Allen M. Wolk.  You can download it as a free e-book (PDF, EPUB, Kindle) at Archive.org, thanks to the BitSavers PDF Document archive. 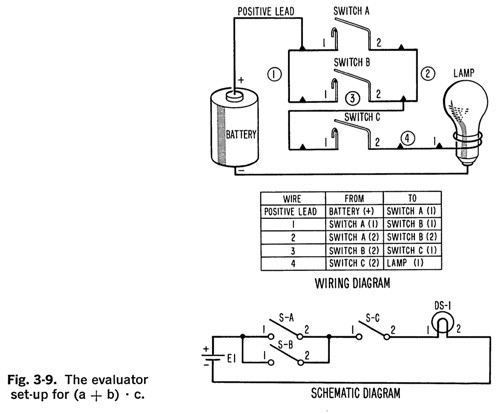 How to Build a Working Digital Computer is both an introduction to the “new and exciting field of digital computers” and a set of plans to build one.  What’s especially interesting is that the plans don’t call for any specialized electronic components, but instead show how to build everything from parts that you might find at a hardware store: items like paper clips, little light bulbs, thread spools, wire, screws, and switches (that can optionally be made from paper clips). 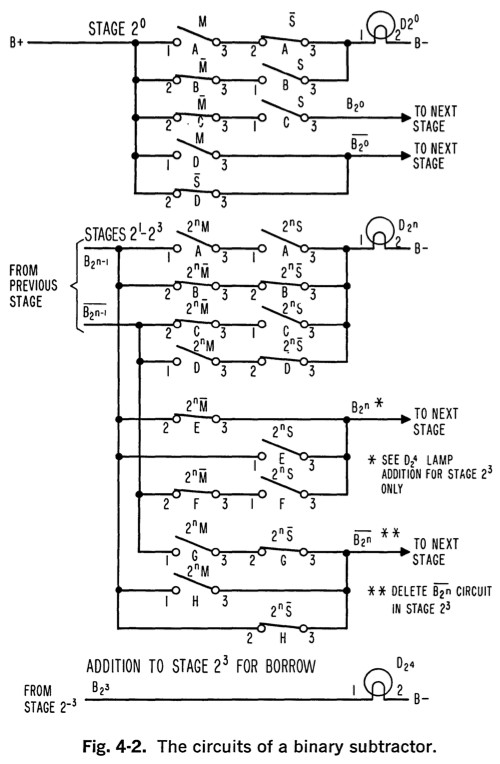 That’s not to say that such a computer is necessarily simplistic. Arrays of paperclip logic gates can get pretty big, pretty fast.

The instructions include a read-only drum memory for storing the computer program (much like a player piano roll), made from a juice can, with read heads made from bent paper clips.   A separate manually-operated “core” memory (made of paper-clip switches) is used for storing data.

So can this “paper clip” computer actually be built, and if so, would it work?  Apparently yes, on both counts. Cleveland youngsters Mark Rosenstein and Kenny Antonelli built one named “Emmerack” in 1972 (albeit substituting Radio Shack slide switches for most of the paper clips), and another was built in 1975 by the Wickenburg High School Math Club in Arizona.  And, at least one modern build has been completed, as you can see on YouTube.

Perhaps more surprisingly, the “paper clip” computer was also the basis of the Arkay (later, Comspace) CT-650 computer trainer, a rare, early computer that seems to have been built directly from the plans in How to Build a Working Digital Computer. 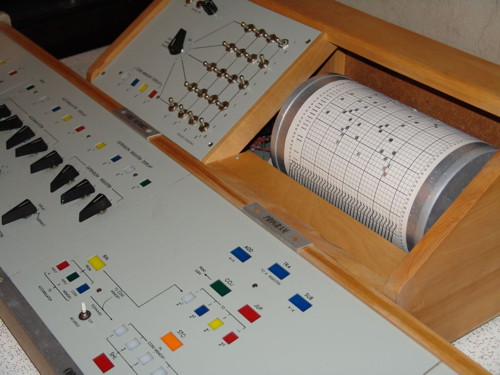 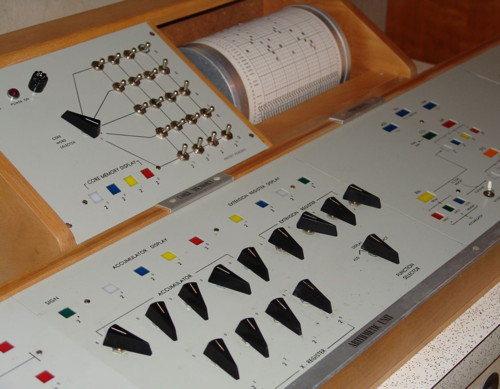 Photos of an original Comspace CT-650 posted recently at the Vintage Computer Forums show that this computer was a beautiful piece of work— no paper clips or tin cans in sight.

Although it’s a too small to see in the pictures, the fine print below the “core” memory switch array reads “PATENT PENDING.”   The brains of the computer being adapted from an existing design, the patent, D210728, claims only the “Ornamental design for the data entry keyboard console.”

So go download this excellent book and make your own wonderful paper clip computer. Link: Archive.org via Friends Of DigiComp