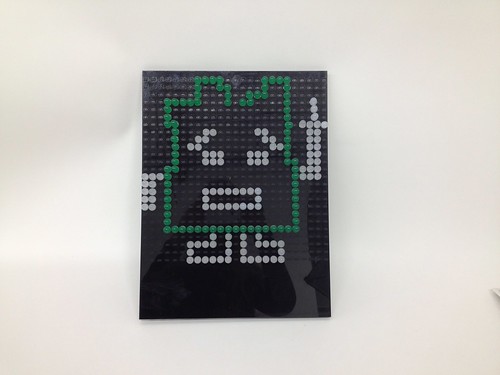 Usually, when someone fills a Peggy up with sockets, it ends up looking something like this: 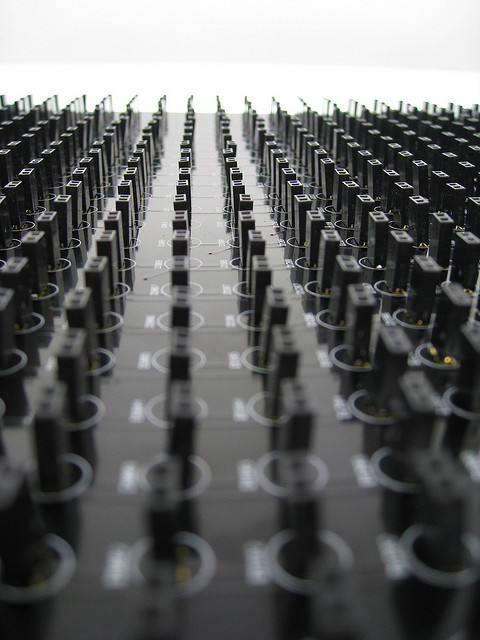 As you may be able to see, the usual problem with installing an array of sockets this large is that it is very difficult to keep the sockets aligned neatly. Corey Menscher made a socketed Peggy for an ITP project, and his photo above demonstrates the problem. 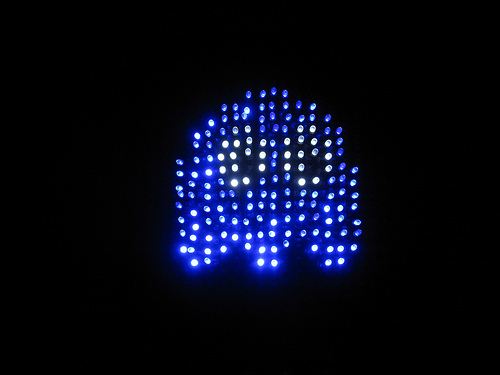 Once you add the LEDs, small offsets in socket alignment translate into larger angle variation in the LEDs that are put into them.  We’ve usually gotten around this problem by soldering the LEDs directly into the holes, so that the LEDs are flush against the circuit board and stay level and aligned. 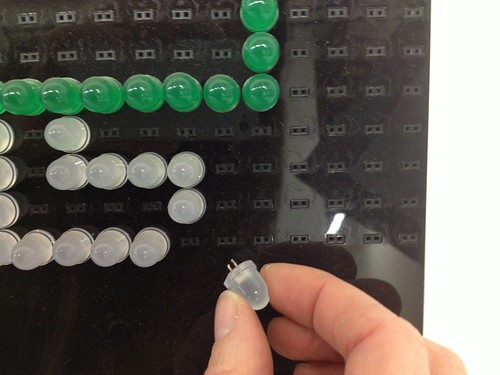 Paul solved the problem by making a laser-cut acrylic overlay that fits around the sockets, holding each one squarely in position, and also providing a level surface to push the LEDs against, so that they all stay level and aligned. 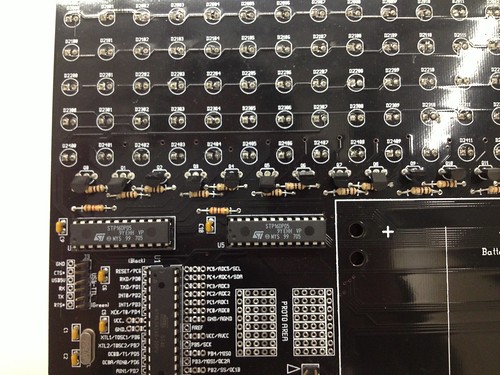 A second trick that he used is to solder all of the LED sockets into the back side of the PCB, so as to avoid any height interference with other components.  So instead of LEDs, the on the “front” side of the Peggy, you just see the tail ends of the sockets.  Then, the acrylic overlay can be just at the height of the sockets for the entire board, giving the whole thing a clean, sleek look. 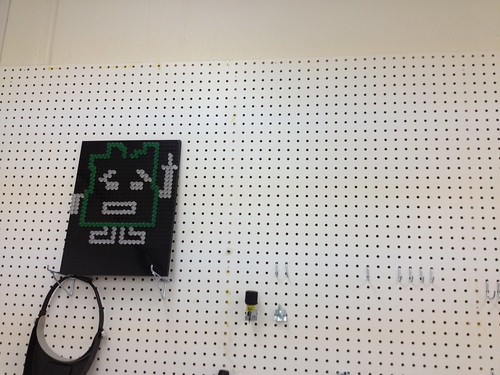 To add just one more layer of awesome, he’s hanging his Peggy on a pegboard.  (Now, we just need to route power up through the holes.)   Thanks, Paul, for sharing your clever hack.

This entry was posted in Everything Else and tagged LEDs, peggy 2. Bookmark the Permalink.

2 thoughts on “Peggy 2 with sockets”