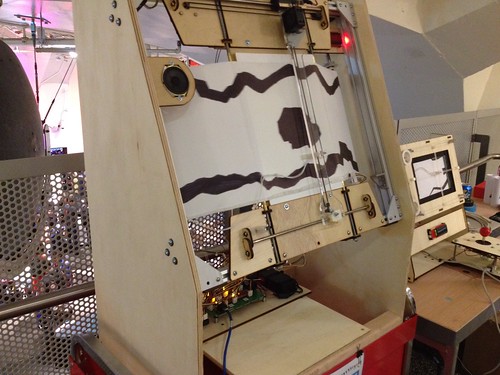 One of the treats at Maker Faire New York was watching kids playing Michael Newman‘s mechanical Video Sans-Video Game. The play field is a scroll of paper with drawn-on caves and channels through which you must navigate (via joy-stick) your little paper space craft on an X-Y stage. If your craft collides with a wall or an asteroid, an infrared detector sees the darkened part of the paper, and it is game over! 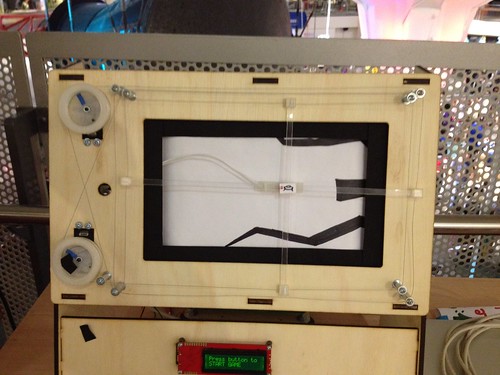 Michael brought two versions— a large arcade style one with a belt driven stage, and a smaller one modeled after the WaterColorBot cord and windlass system.

One interesting thing about the young kids playing the game is that none of them had ever seen a media system that required rewinding to restart. Michael drew a new game Sunday morning to replace the slightly tattered roll after a full day of play at Maker Faire on Saturday.

This entry was posted in Engineering and tagged art, games, makerfaire. Bookmark the Permalink.