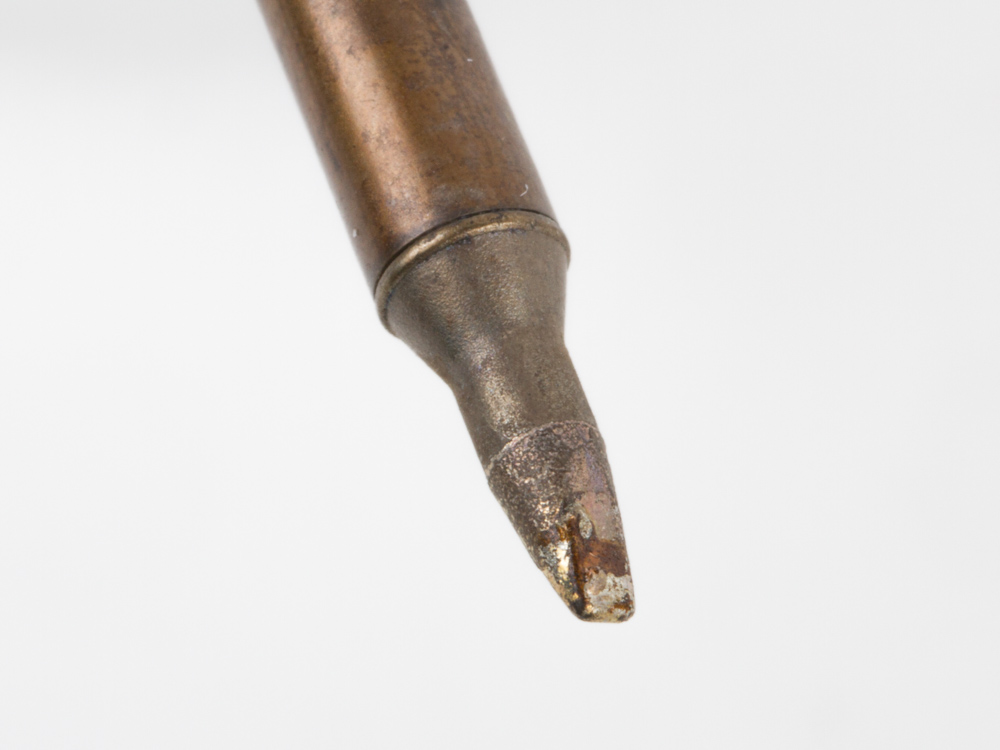 If you solder, you’ve likely come across an “untinned” tip at some point— that’s when the tip of your soldering iron loses its shine, and doesn’t easily wet to solder any more.

Once your tip gets this way, it doesn’t make nearly as good of a thermal contact to whatever you are trying to solder, and it simply doesn’t work well. Soldering can take 2-10 times as long, and that isn’t good for your circuit board, components, or mental health.

You can sometimes re-tin the tip by melting fresh solder onto it, but that can be challenging, because the whole problem is that the tip isn’t melting solder. It’s particularly hard to keep tips tinned with modern lead-free solder, because it needs to get even hotter to begin melting.  If you get to this point, you might think about even replacing the tip.

But before you throw that tip away, instead consider using one of the “old standard” solutions, which is to refurbish the tip with a tip-tinning compound. And we came across the most classic of them in one of the most unexpected locations. Specifically, the grocery store.

Sal ammoniac is a naturally occurring mineral composed of the salt ammonium chloride. The name “ammonia” actually derives from the name of this mineral, having been known since antiquity. And it has a lot of uses.

In a sense, ammonium chloride is just table salt (sodium chloride), with an ammonium ion (NH4) playing the role of sodium. And it is actually used in many of the ways that other culinary salts are. It has a distinct salty, astringent, slightly bitter flavor that you might recognize as the key flavoring of salmiakki (salty licorice) popular in northern Europe. Another close relative, calcium chloride, is widely used in the US as a crisping agent for pickles — to make crispy (not soggy) pickles. In India, they use ammonium chloride for the same purpose, as a crisping agent, and as a spice (flavoring agent). 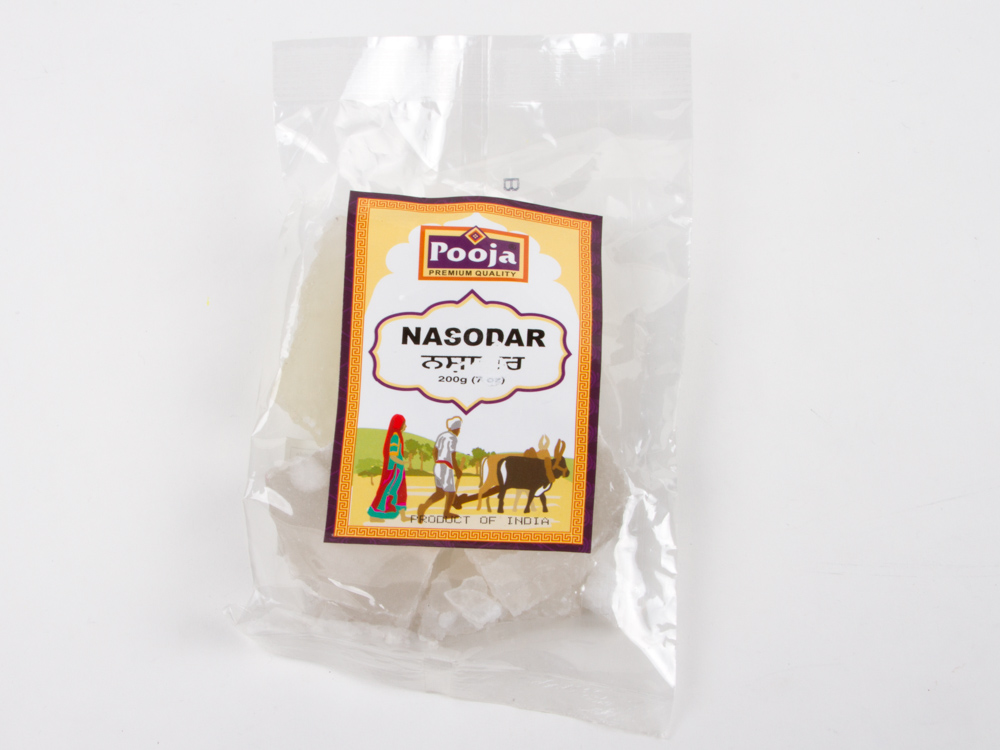 The grocery-store name for ammonium chloride is “Noshader,” (or “Nasodar” here) and it comes in cast and dried chunks. Like black salt, it is one of the common ingredients in the popular spice mixture called chaat masala— frequently found on Indian snack foods. (Both black salt and chaat masala appear in our flavor exploration kit.)

Given that this salt appears in the spice aisle, perhaps it is a surprise that sal ammoniac is also the “classic” soldering iron tip tinner. It has been for over a hundred years. It is sometimes used as a soldering flux, and it is the chemical (or the main chemical) inside many of the soldering “tip tinner” and “tip restorer” compounds that you can purchase. Large and small blocks of sal ammoniac are also sold on their own as tip tinners. In the past, sal ammoniac would have been a standard part of soldering sets. But today, you might see it less often, because it is an aggressive (if effective) chemical when hot— one that you don’t really want to use every day on your soldering iron. 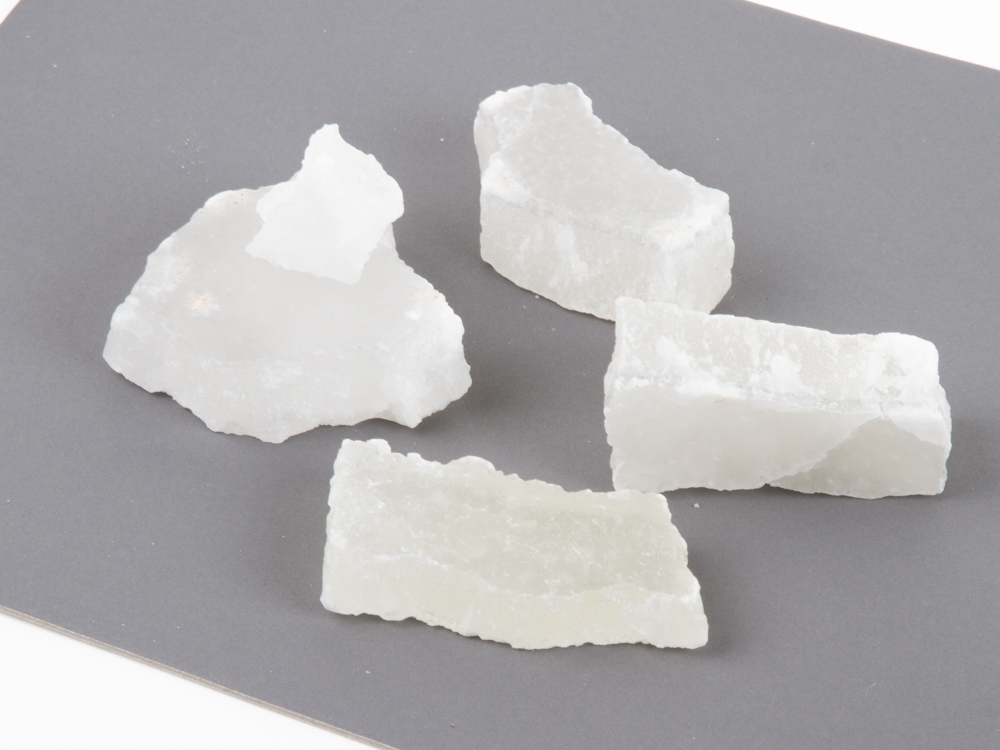 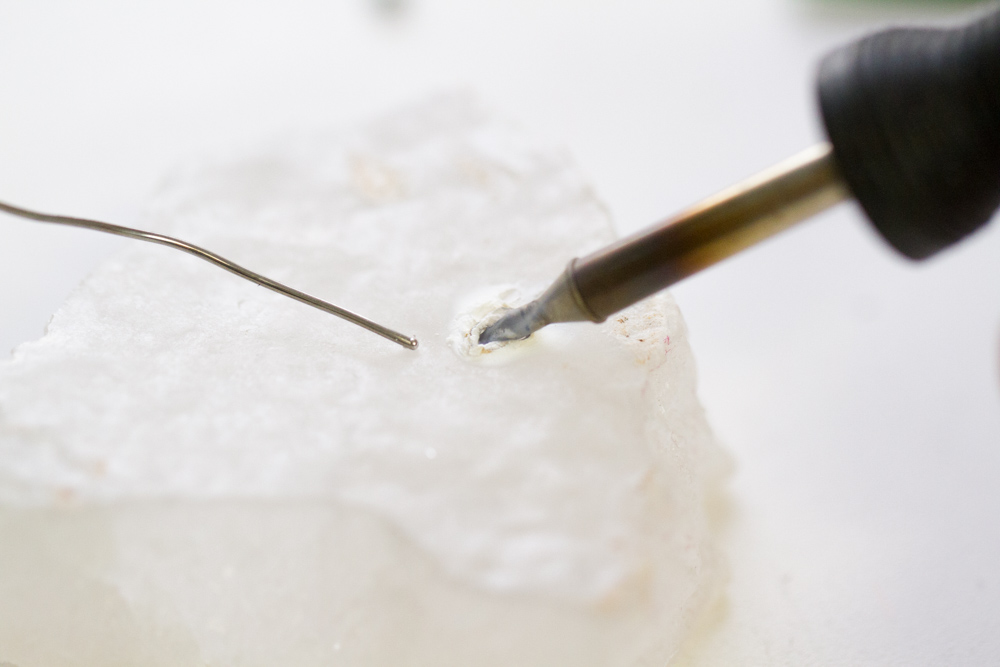 The chunks inside the bag are tough. Much like rock salt or rock candy, it is strong and rigid but not hard.  You can easily scrape some off with a knife, but it takes a hammer to break the pieces apart. To use it, gently gouge (melt) your hot iron into the surface of the block of sal ammoniac. If it’s working, you’ll see some flux fumes (don’t breathe the fumes….) and possibly hear a little sizzling. Then, melt some fresh solder onto your iron. 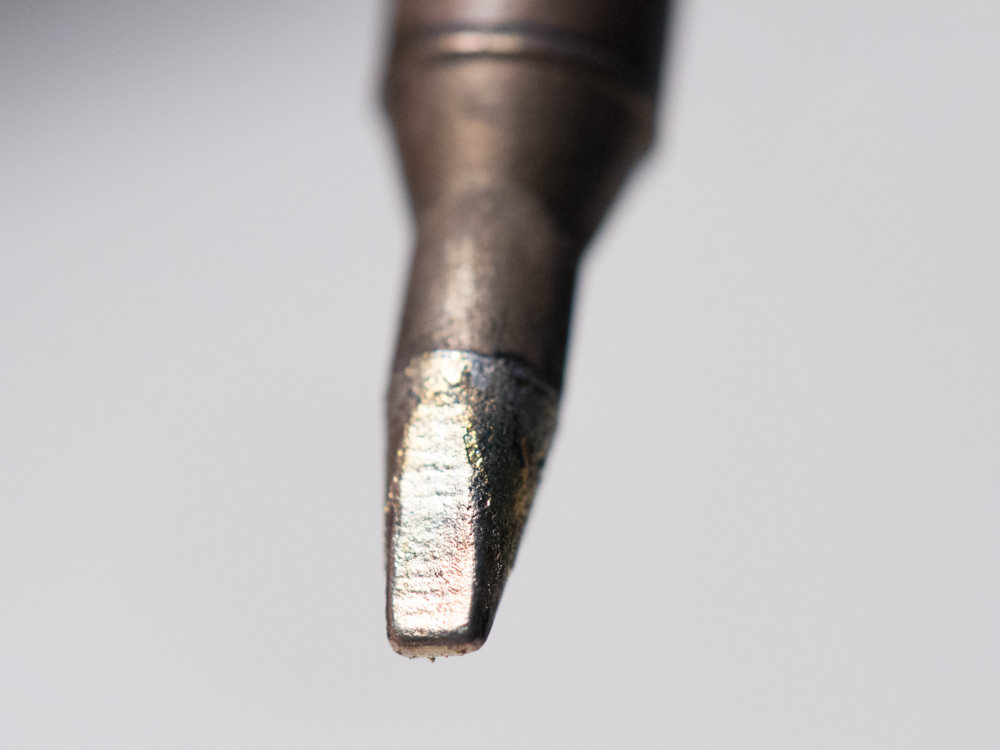 Not quite good as new, but good enough to keep going!

To sum it all up: Sal ammoniac is an aggressive cleaner that you probably don’t want to use every day. But, it is a great way to get a more life out of an uncooperative soldering tip. And if you happen to know where to shop, you may even find it lurking in the spice section at the grocery store.