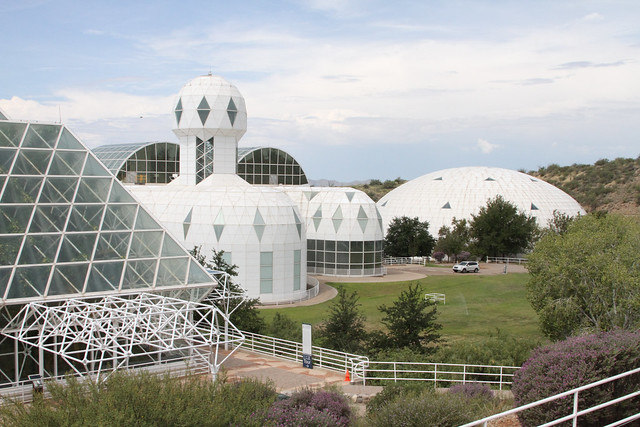 Biosphere 2 is an enormous earth science laboratory, originally built as an attempt to create a closed ecosystem. The goals were to study long term viability of an isolated human habitat, such as might be needed for long term space travel or colonization. 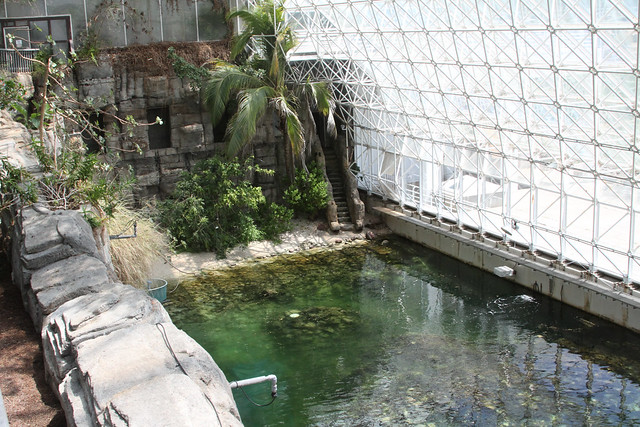 The results of the initial experiments were a (fascinating) mixed bag. The goal of a strictly closed ecosystem was not met for a variety of reasons. However, some of the results have improved our understanding of the effects of climate change, such as how increased CO2 levels lead to acidification of the ocean habitat and coral bleaching. 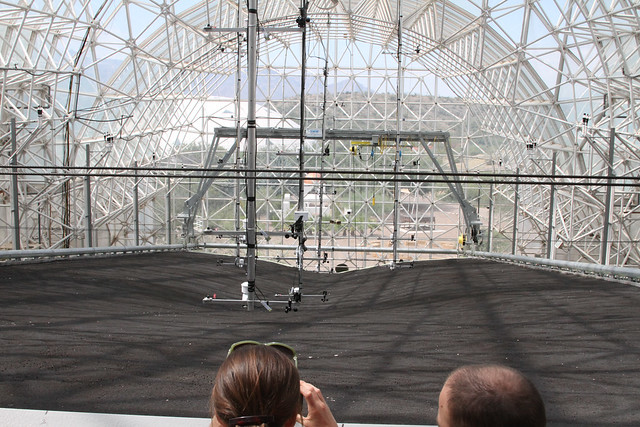 The facility is now being used both for education and for research. The enormous agricultural greenhouses have been transformed by the University of Arizona into the Landscape Evolutionary Observatory, a large-scale carefully-controlled long-term study of soil processes. It serves as an experimental bridge between computer models, small-scale laboratory experiments, and the real world. 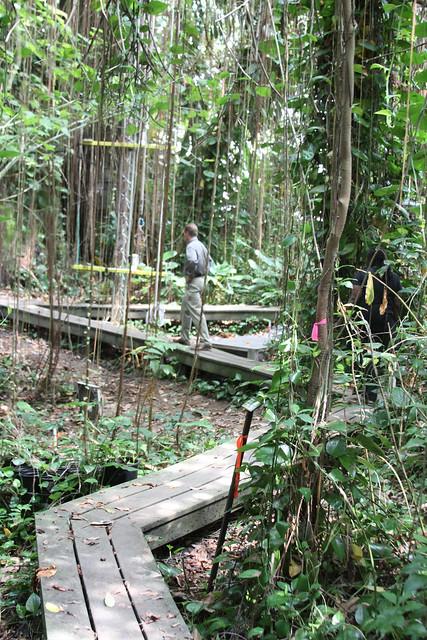 Some of the original biomes are relatively unchanged and have been growing since the project started in 1991. It is striking to have all hint of surrounding desert obscured by the vines of the rainforest. 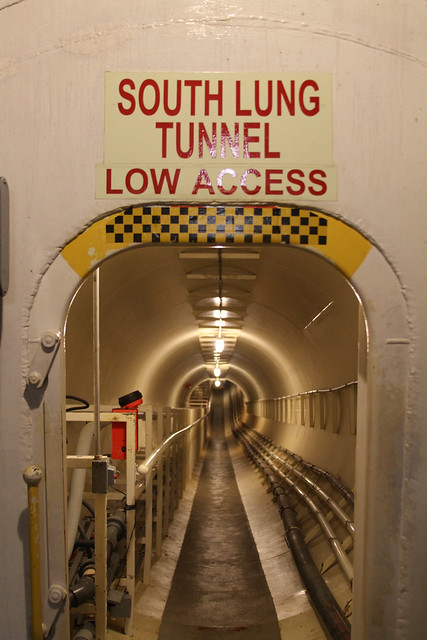 One of the most fascinating engineering aspects of the facility are the “lungs,” which are accessed through long narrow tunnels branching off of the main facility. 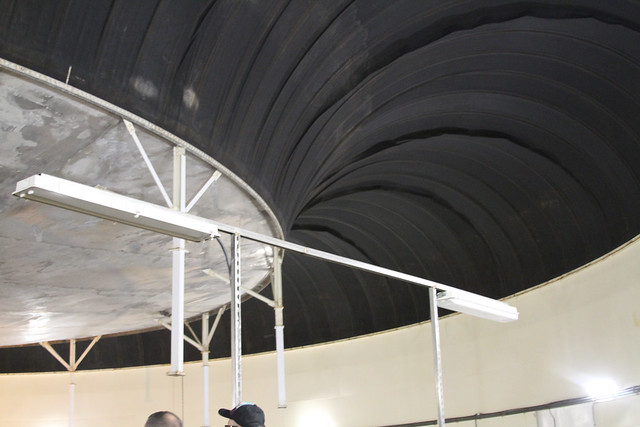 The lungs were used to compensate for the changes in pressure and temperature. The two domed buildings have flexible inner liners that can expand and contract. A weight attached to the center of the liner makes them look toroidal inside of the dome. 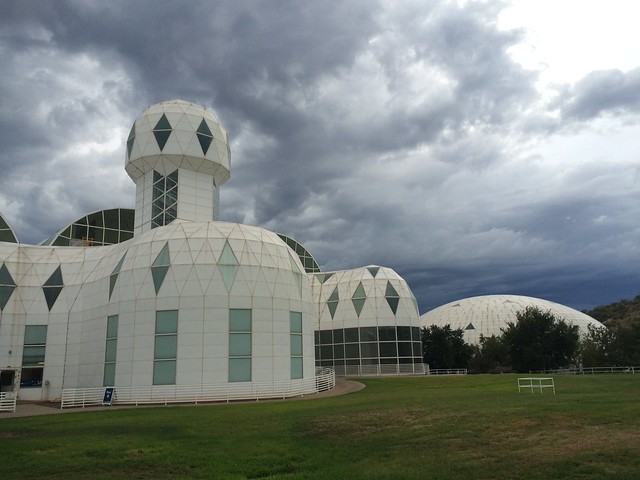 The facility was built outside of Tucson, and is strikingly beautiful, surrounded by wildlife including lizards, snakes, tarantulas, jack rabbits, coyotes, gila monsters, and an incredible variety of birds and insects. We’ve put a few more pictures from our visit in albums on flickr here and here. Tours are available to the public daily, and it’s worth the drive and ticket price if you’re nearby.

This entry was posted in Field Trips, Science and tagged earth science, greenhouse. Bookmark the Permalink.