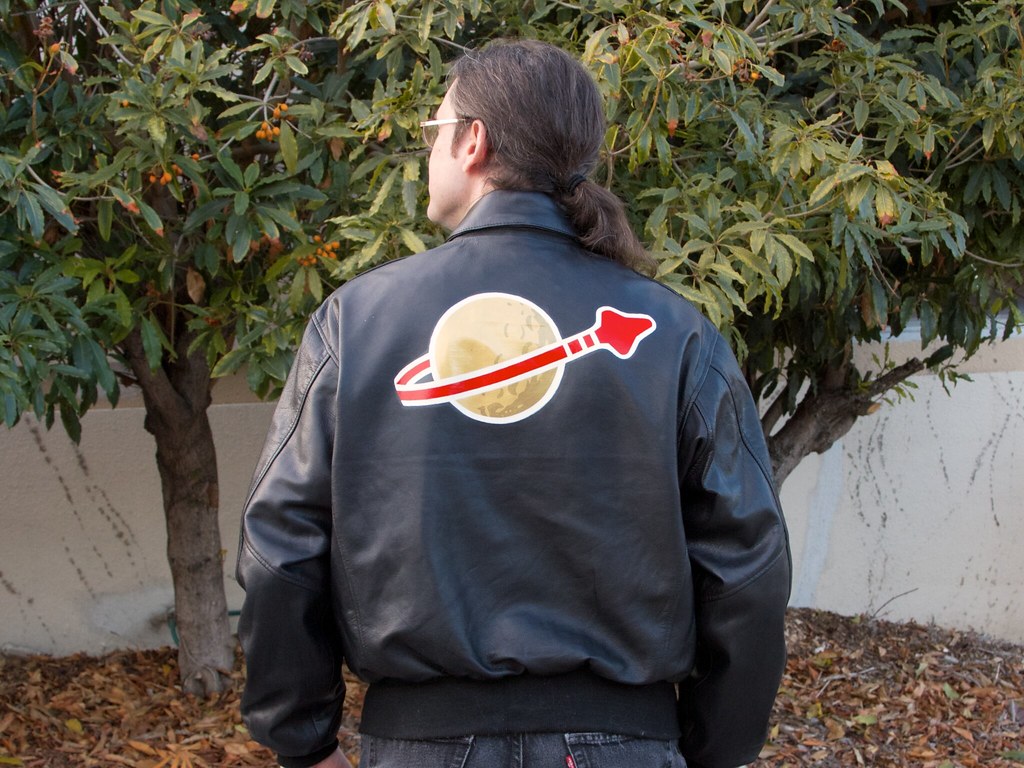 Last January, I wrote about how to make your own traditional painted-leather “bomber” jacket, in a tutorial about how I made my Classic Lego Space Flight Jacket. Since then, several people have asked us for a future update post, to see how well it has aged after a year. And so, here we are. After a year of regular use, how well are those nifty flexible leather paints holding up? 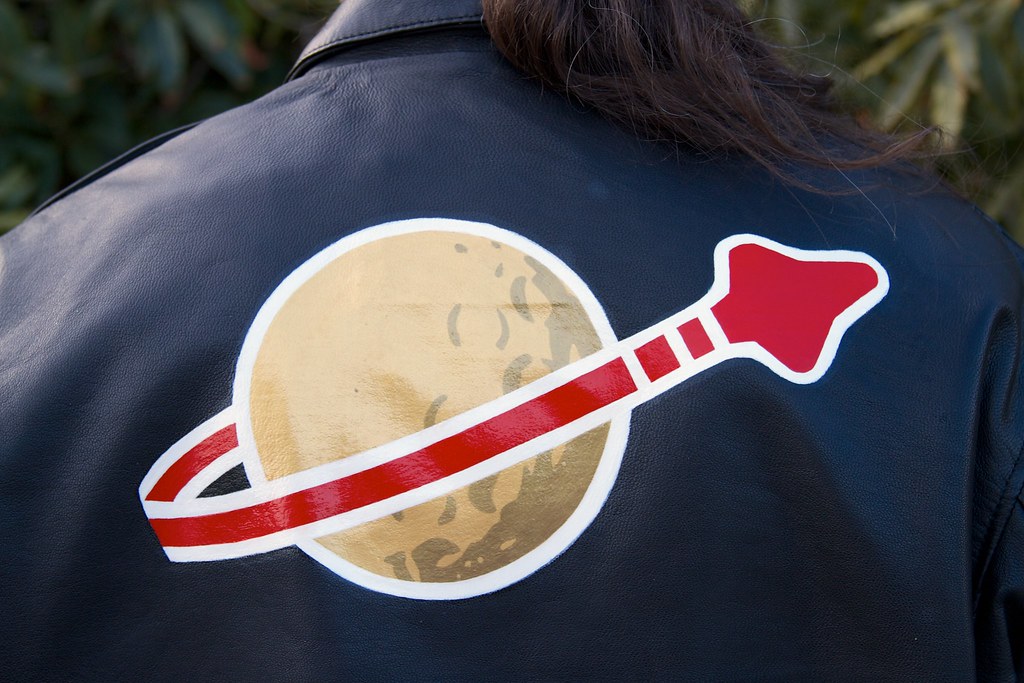 First, the overview. Above is what the back of the jacket looked like last year, just after the paint had dried. Bright, clean, shiny, and smooth. 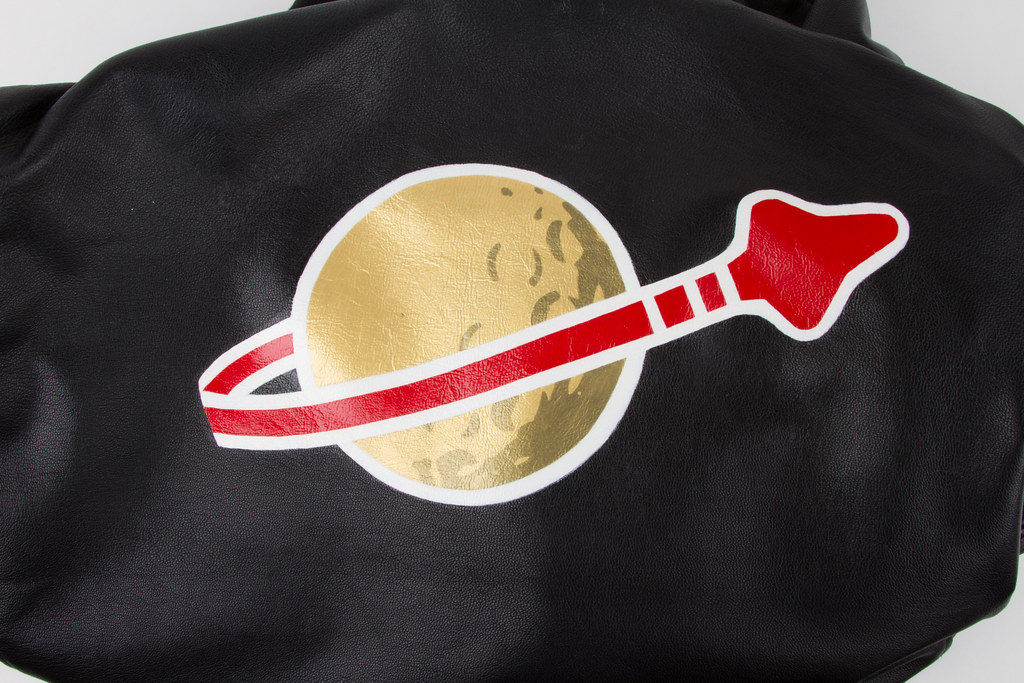 One year later, the back of the jacket still looks great, generally speaking. There is no sign of cracking, peeling, or fading. The colors are still bright (ignoring the different lighting conditions). It is not, however, nearly as smooth (or as clean) as it was previously. 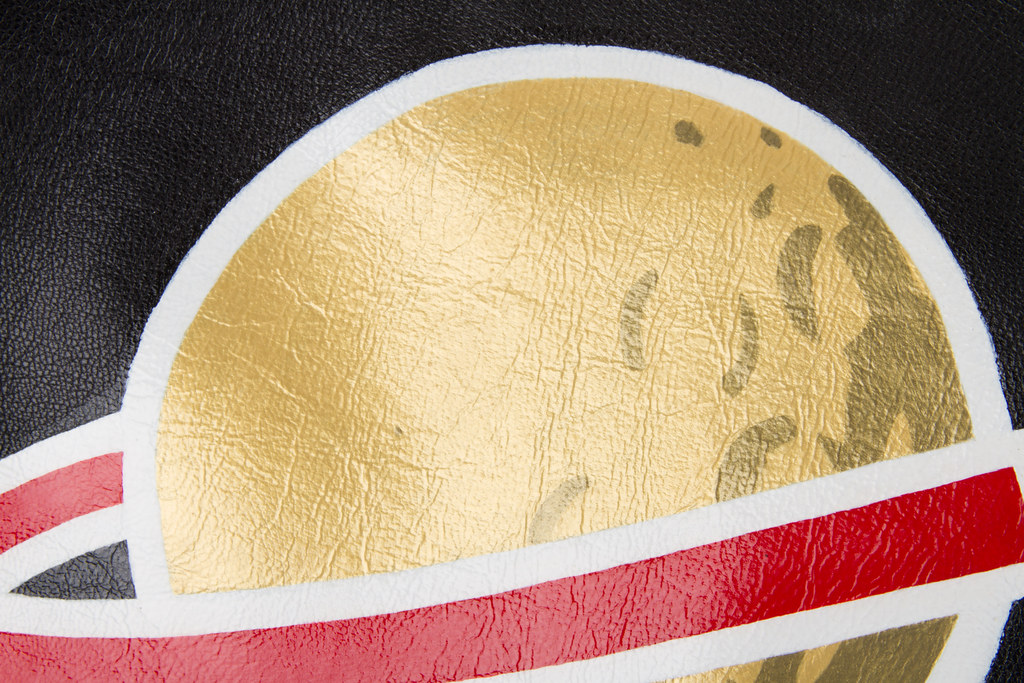 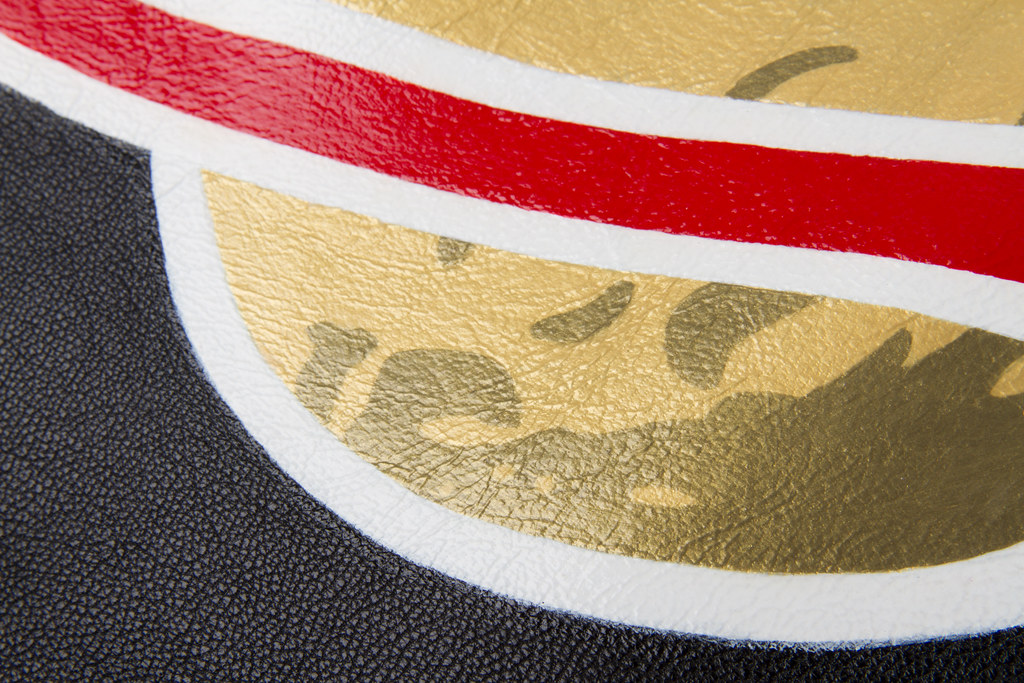 The biggest change is in the texture of the paint. As the leather has flexed, so has the paint, leaving a multitude of little creases.

That’s not to say that it’s on the verge of cracking: The paint is downright rubbery. It’s more like a piece of elastic that is at rest, and all wrinkled up because of it. The paint is flexible enough that the creases can all stretch flat when the material is lightly folded, as (for example) happens when hanging on a hook. 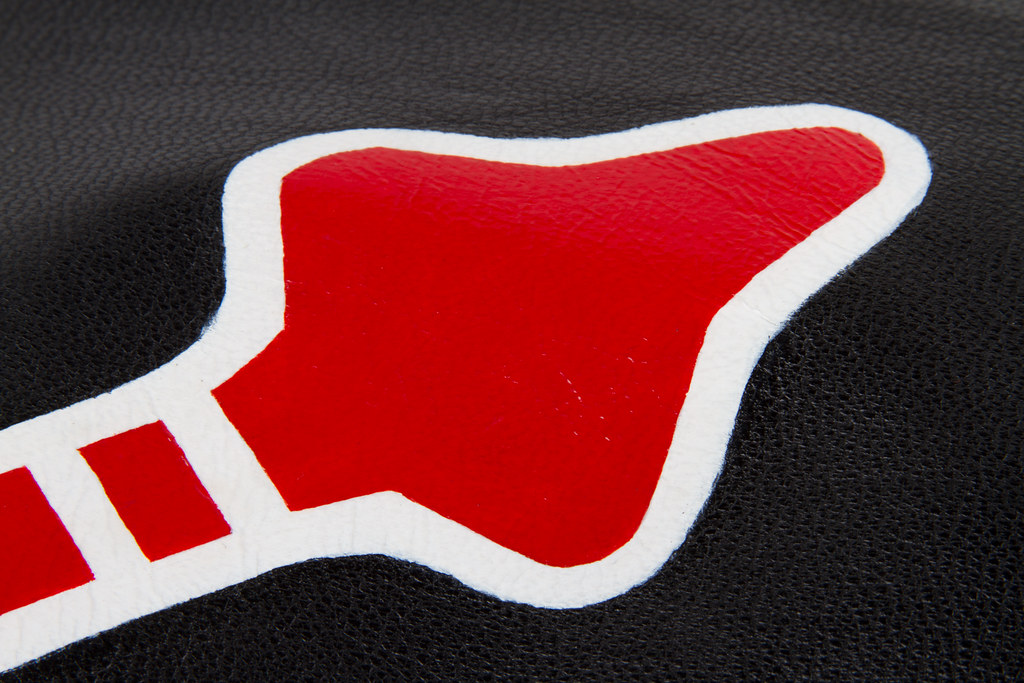 It is also a bit dirty, and that’s a separate issue that isn’t quite as obvious how to solve. You can see a little network of darker lines on the red and white here, that represent some darkening on the peaks of the little paint folds.

Likely solution: Gentle wipe-down with a soft and lightly-moistened cloth, followed by a fresh coat of the clear acrylic protective layer. 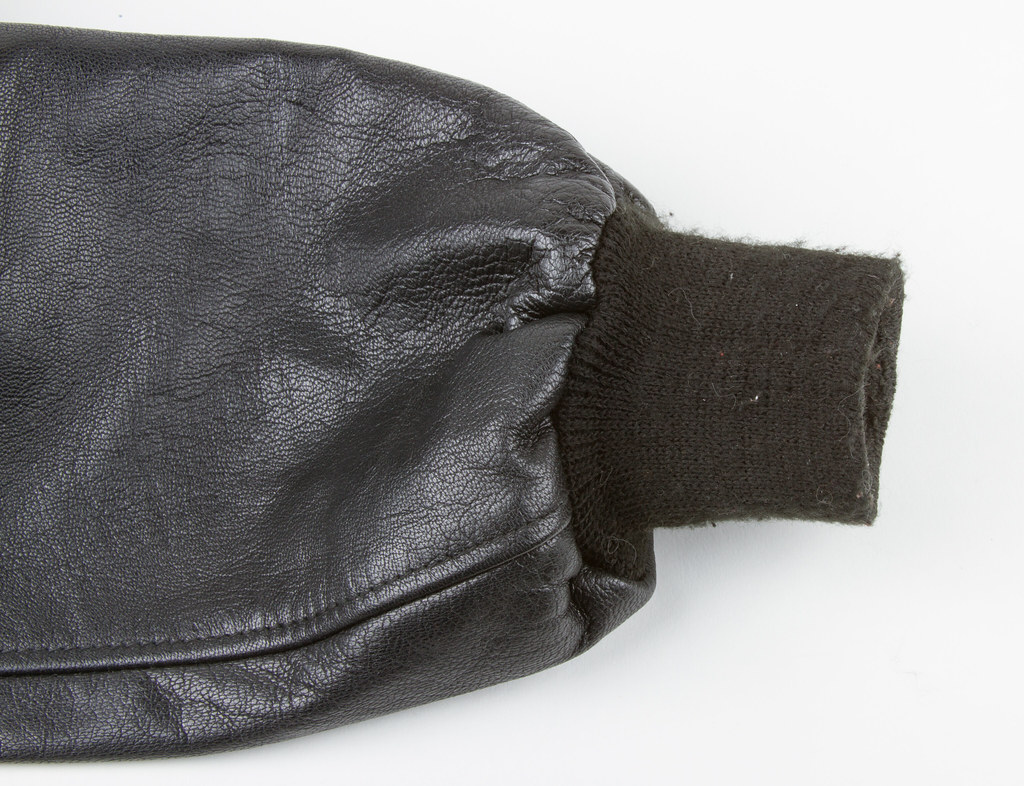 And just to show how the rest of the jacket is holding up: Here is what one of the knit cuffs looks like after a year of moderate use: Some pilling and lint accumulation. All said, not holding up quite as well as the paint!