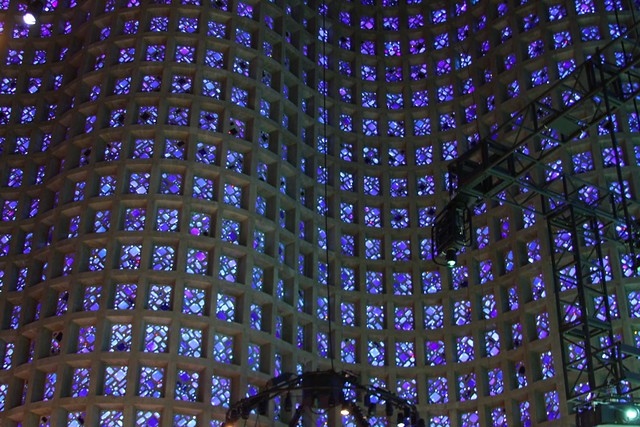 We had a great time at the 2015 World Maker Faire. The Great Hall has reopened after renovations. 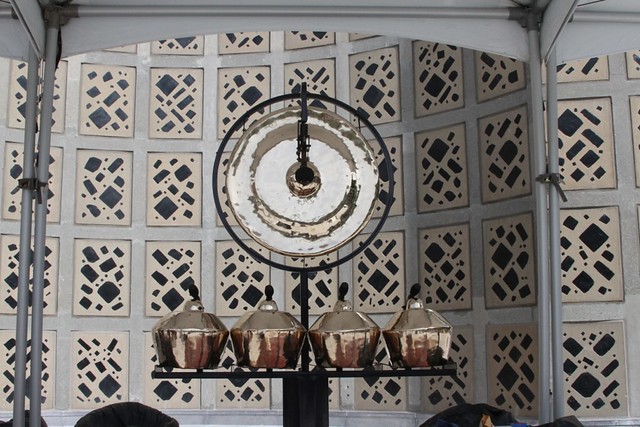 Gamelatron was set up on the patio outside the hall and formed a meditative place of respite from the high energy of the rest of the faire. 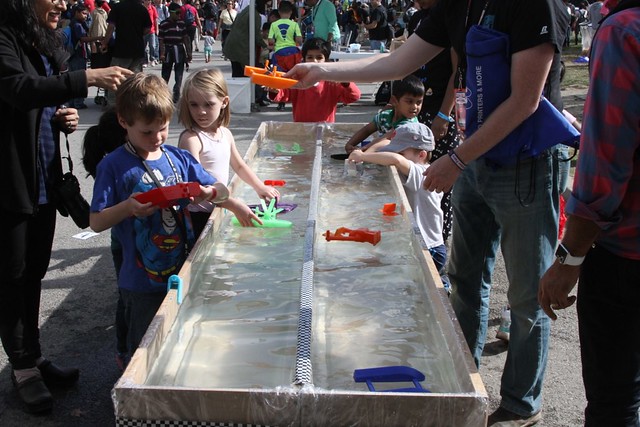 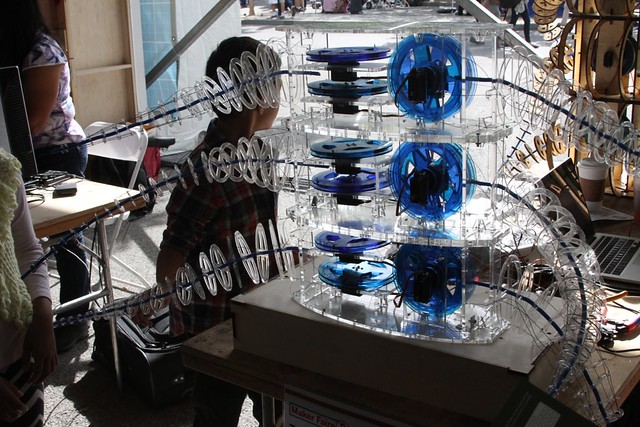 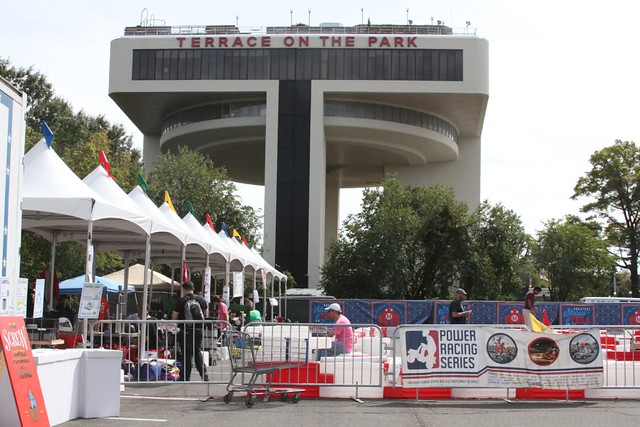 The Terrace on the Park formed a fabulous backdrop for the Power Racing Series. 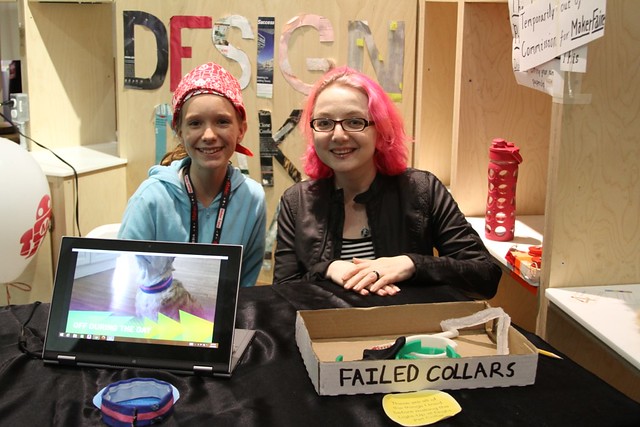 We caught up with Limor from Adafruit while learning about wearables for pets from Blythe of 4 Paws Wearables. 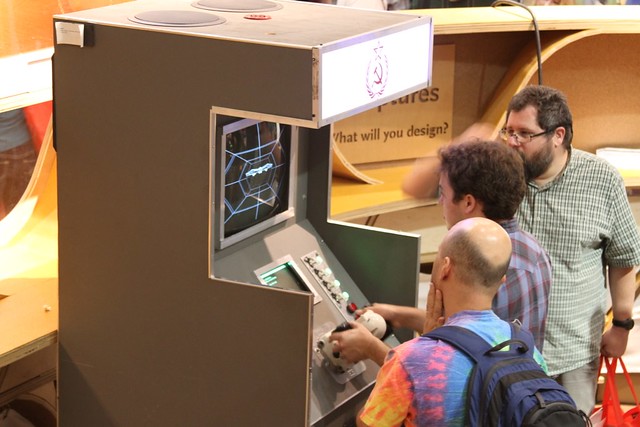 We were completely wowed by the VEC9 vector arcade game. Every aspect of it showed obsessive attention to detail, and the tank controller felt amazing. 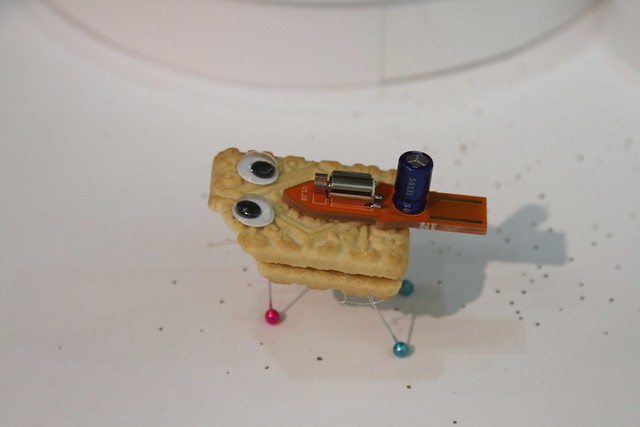 This cookiebot was made with the Fizzbit, a USB chargeable vibrobot platform by The Crafty Robot. 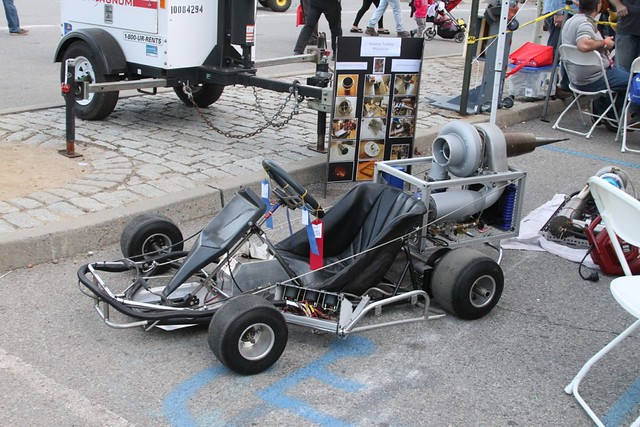 The rocket powered go cart was one of the more impressively dangerous projects. There were many more wonders to see, and you can see our full set of pictures from the event in the flickr album.

This entry was posted in Field Trips. Bookmark the Permalink.