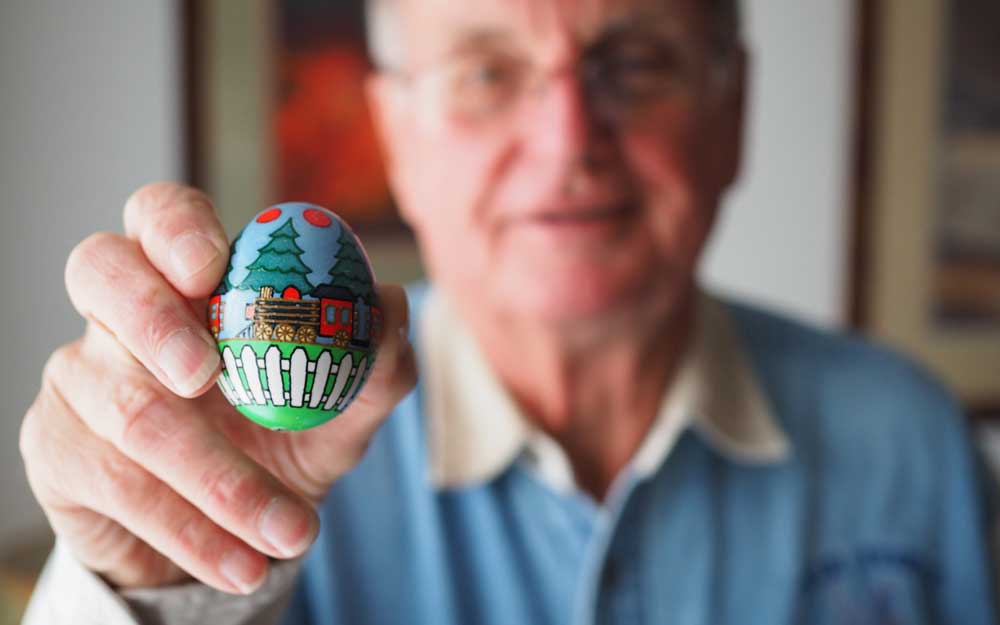 Daniel Clifton wrote up a nice article at 101highlandlakes.com about Robert Dering, a retiree who makes batik dyed eggs he gifts to people in his community. The article talks about the process of making them, including using an EggBot.

He started batik egg coloring about 15 years ago after Martha Stewart demonstrated it on her TV show. (Dering said it’s a bit embarrassing to admit he watched the show, but he pointed out he was retired and you never know from where you can learn something new.) The first few were terrible, but he continued, improving with each one.

For most of those years, he used a small, hand-turned lathe designed for batik egg coloring to pen on a design. It was a bit tedious. But recently, he came across a mechanical device called the EggBot, which does that step for him using a computer program. The program frees up Dering’s creativity. He simply scans a photo or a design into the computer program, which adapts it for the EggBot, which, in turn, draws it on an egg.

There ends the time-saving. Now it’s back to the dying, waxing, and washing. 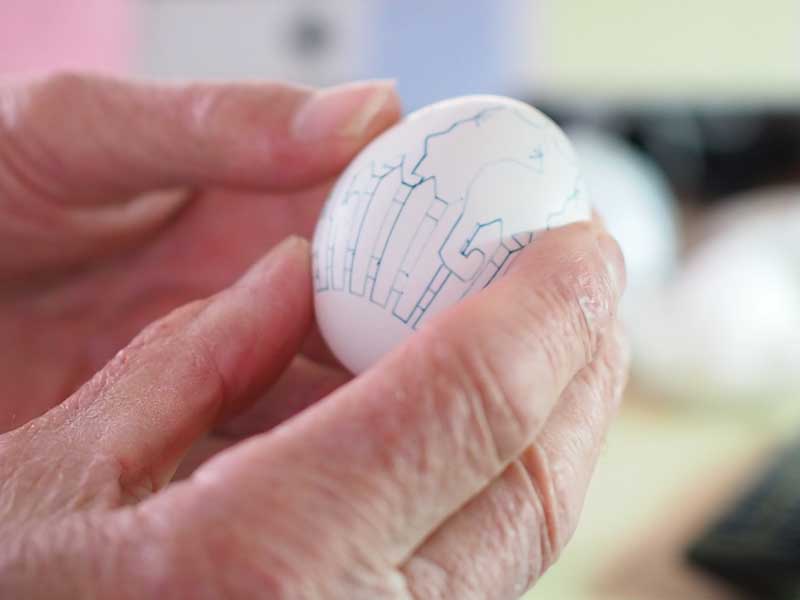 This entry was posted in Art, Eggbot. Bookmark the Permalink.