Editor’s note: Super Awesome Sylvia has been visiting Evil Mad Scientist Laboratories for the last week and is guest blogging about her experience and project. 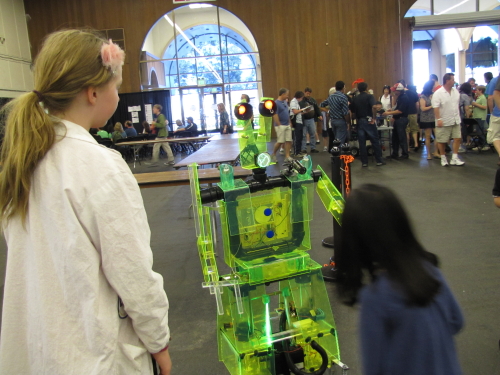 Last year I got to go to RoboGames and watch the competitions. This year I wanted to enter a robot of my own. I looked at the different types of robots you could enter and found out you can enter in a drawbot! 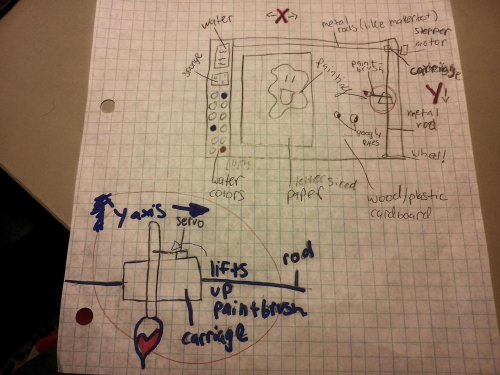 I drew a few sketches of what I wanted my robot to look like. I asked EMSL if I could come over to their shop for a week and make this bot!

When I got there I thought that I would start immediately making the base to my bot but instead we worked in inkscape making detailed drawings. 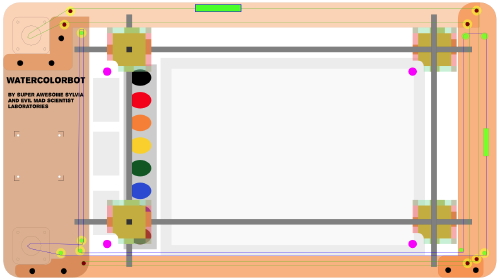 For the first couple of days I worked on doing a great detailed model on what this bot would look like. This bot was going to be a Watercolorbot! 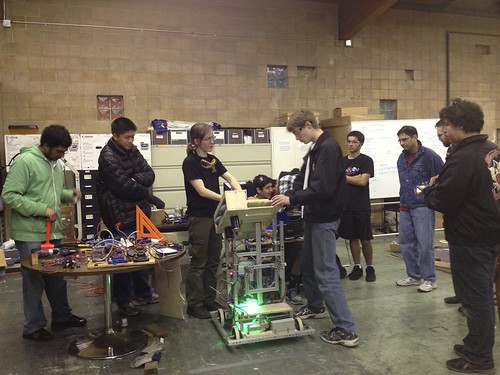 Also, we visited a FIRST Robotics team while EMSL helped out with their robot named Oddjob. Oddjob is a Frisbee throwing pyramid climbing robot. 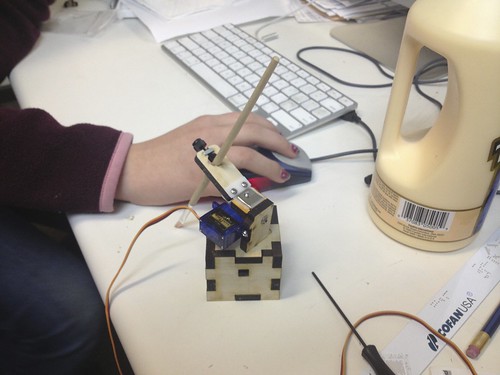 Once we had a good set of drawings for my watercolorbot we used the router to create the basic pieces of the bot and laser cut the carriage that holds the paintbrush. We also used dowel pins, screws, nuts, washers, and string to make a cool amazing bot. I will write more about the robot later but it took four different versions of the carriage to fit it in, three different pulleys, and two different ways to tie the string. 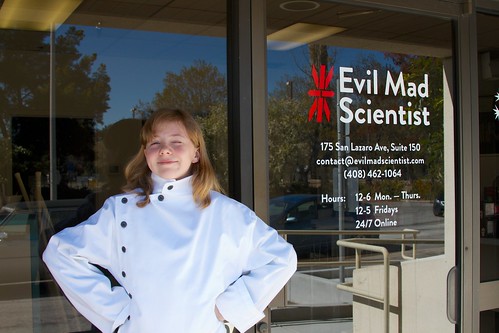 I am so surprised at how fortunate I was to go to EMSL and build this bot. I had some amazing meals, great experiences and had a lot of fun. I hope to come back soon and build another revision or build another bot! I really liked hanging out and playing games during my free time. Thanks Evil Mad Scientists!!

This entry was posted in EMSL Projects, WaterColorBot and tagged games, inspiration, watercolorbot. Bookmark the Permalink.