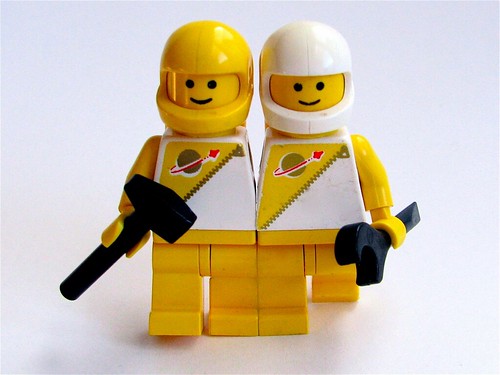 The Astronaut Twins are always cheerful. Today they are particularly cheerful, because they’re here to introduce our new collection of Lego Abominations.

(The Lego Abominations are even more abominable when viewed full-size. Each photo links to its flickr page where you can see it in high-resolution.) 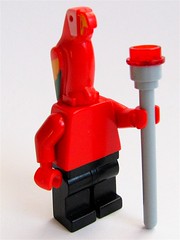 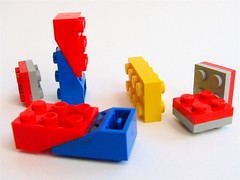 These gender-bender bricks let you change the polarity of Lego sculptures. These were made by carefully attaching pairs of bricks after wetting their interfaces with acetone. 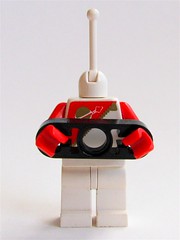 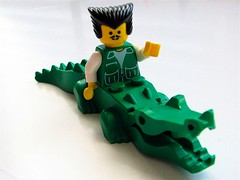 This is Monsieur Lagarto, who is an Alligataur. He wishes to inform you that he is Belgian, not French. 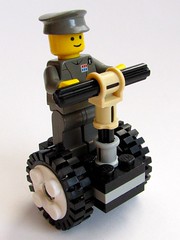 The LegWay Jr.: It’s the only way to get around the Death Star! 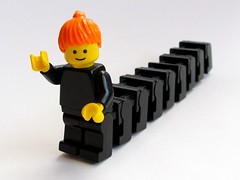 Millie auditioned for the Invasion of the Monster Women, but they never called her back. 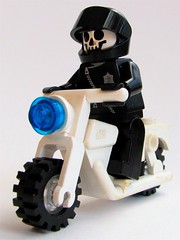 That’s Officer Zombie to you! 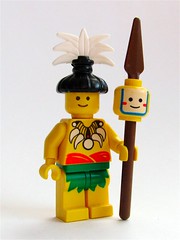 They liked the mime so much that they decided to keep him. 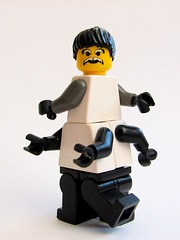 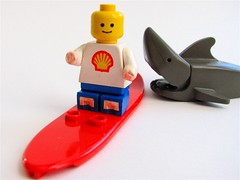 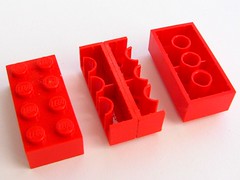 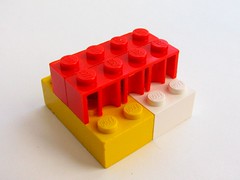 The “X-Ray brick” is a fully functional but inside-out Lego brick.

It was made by attaching two regular 2 x 4 bricks together with acetone. The pair was left stacked with other bricks to maintain spacing while the acetone dried. Once the acetone had cured, the two side portions– effectively 1 x 4 bricks– were cut off of the sides, leaving the brick as you see it here. 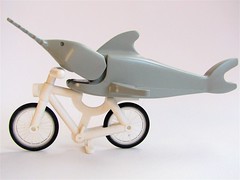 In the Lego world, fish do not need bicycles, but they certainly enjoy them.

No Lego bricks were harmed making this one– it turns out that this swordfish fits perfectly on the bicycle. Coincidence? 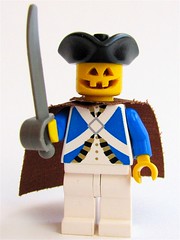 Just in time for Halloween, here is the Headless Horseman, without his horse. I guess that just makes him the Headless Swordsman or something.

He really looks a lot better in the dark. Read on to see how we lit him up like a pumpkin.

This entry was posted in EMSL Projects and tagged lego. Bookmark the Permalink.