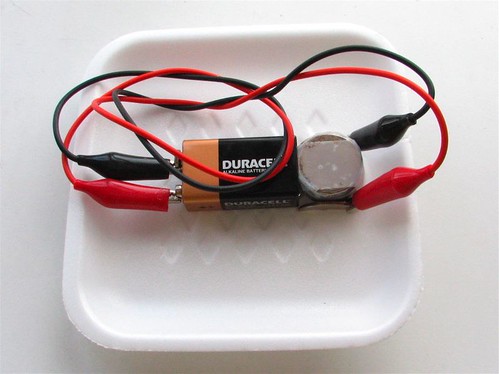 After trying out our simple demonstration of magnetohydrodynamic (MHD) propulsion, you might want to make something a little more “practical.” Here’s how to build a simple little boat that moves through salt water (at a snail’s pace) via MHD propulsion.

The craft is not designed for performance; it’s designed to demonstrate a functional MHD craft made with inexpensive, easily available materials. While it may move slowly, hey, it moves, and you can make it in about five minutes.

[This is the second in a series of three articles on building simple magnetohydrodynamic (MHD) propulsion systems.] 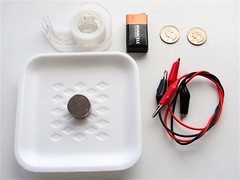 This entry was posted in EMSL Projects, Science and tagged mhd, science. Bookmark the Permalink.