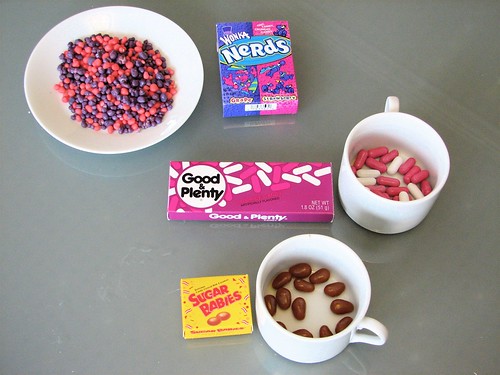 Supposing that you’re less than omnivorous, you may not always be in the mood to eat insects. You might be vegetarian, or your religion tells you that you shouldn’t eat insects, or maybe you’re just on a strict non-bug-eating diet. Here are a couple of simple hints to help you identify foods that contain bugs, illustrated with a few common supermarket candy items.

(Note: This article has been moved here from Instructables, where it was previously published. It has also been slightly updated.) 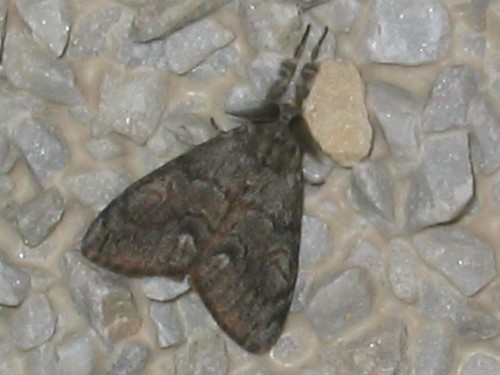 Prologue: This a moth. Don’t eat it.It seems that some people will eat just about anything. If you are of the highly omnivorous persuasion, congratulations. This story won’t be any help at all, so please run along and eat some cute animals of some sort.Let’s be perfectly clear about this: this article is titled “How to eat fewer insects.” It is meant to help you eat fewer (not zero) insects IF that is your choice. We do not make any judgements or claims about whether, when, or how many insects you should eat. Yes, lots of people like to eat insects, and lots of people don’t like to eat insects. However, please keep in mind that it is not the topic under discussion here and don’t leave a comment about how much you love to eat insects. (We get it already, okay?)If you’re still interested, let’s look at a box of candy next: 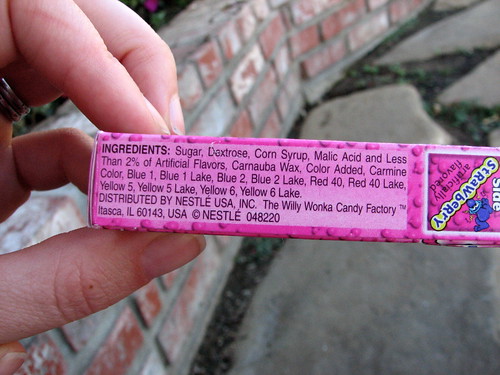 The big secret: Look at the ingredients.

Just about every kid raised in the US in the last thirty years has eaten these. And yet, just look at what’s in the list of ingredients: Carmine. Carmineis a pigment produced by cochineal insects, which are ground up and purified to produce the pigment. A less purified form of the pigment, called cochineal extract, is also sometimes found in foods.Carmine, also called carminic acid, is a powerful red pigment that is found in a wide assortment of places where crushed insects (presumably) do not belong: Yoplait strawberry yogurt, Tropicana grapefruit juice, maraschino cherries, and it might make you question just why pink lemonade needs to be pink.

[Update: Campari used to be on that list, but we have received confirmation
that “Campari ceased using carmine in the vast majority of its worldwide
production (including the US) in 2006.”]

Because carmine is a “natural” (not synthetic) additive, government regulations on its labeling are lax, which is quite surprising since some people may suffer severe anaphylactic shock upon eating these or other insects. Not all products containing carmine label it at all, some merely say “added color,” “natural color” or (also surprisingly) “artificial color.” 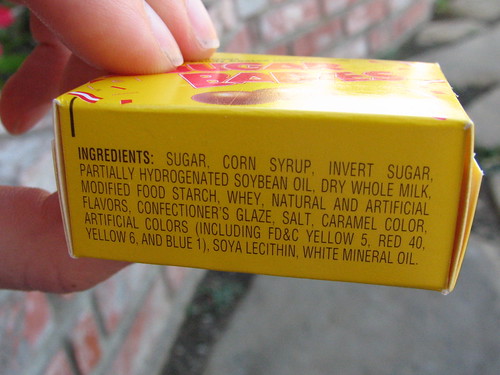 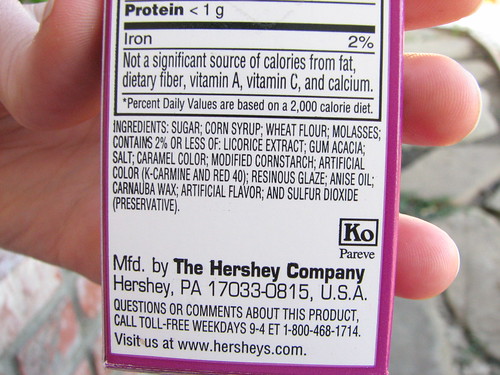 The best of both worlds

I have fond memories of eating Good & Plenty as a kid; however, those were somewhat colored (pink?) by recently noticing what’s on the label: carmine and shellac, this time disguised as “RESINOUS GLAZE.”Here’s what really gets me: That little “kosher” indicator below the ingredient list. According to the Wikipedia article on kosher diets, “The consumption of insects involves five violations of Torah law, so according to Jewish Law it is a greater sin than the consumption of pork.”

Religion and religious law aside, many people would agree that eating insects is worse than eating pork. Exactly what are these Hershey folks trying to pull here? (And as long as we’re kicking The Hershey Company while they’re down, what’s with that grainy texture in Special Dark?)

Notes Added: (1.) No, wikipedia is not the final authority on jewish law– nor is anything else (that isn’t subject to interpretation). (2.) Even grasshoppers aren’t necessarily an exception. (3.) We don’t eat a kosher diet and aren’t experts. This kosher thing on the boxes just strikes us as weird, that’s all. End of story. (4.) Dude, END OF STORY, okay? 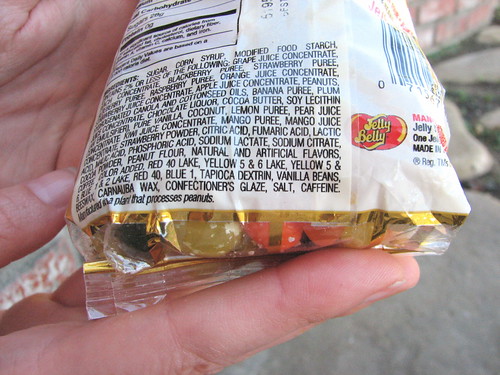 Jelly Bean is my cat. She eats the bugs that she sometimes catches. Likewise, the jelly beans pictured here contain insects. Look at the last line of the list of ingredients: Confectioner’s glaze. The list of ingredients is extremely long, but cut the guys some slack; that’s a comprehensive list for the ingredients of a lot of different flavors of beans.Interestingly, these are also labeled kosher. Even more interesting, they are certified by the very same folks that certified the Good & Plenty. (I see a pattern here. Look for certified kosher bacon next year!) 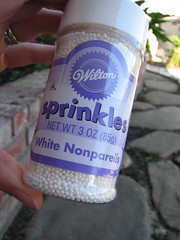 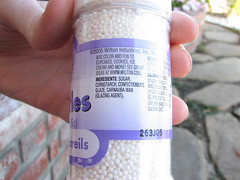 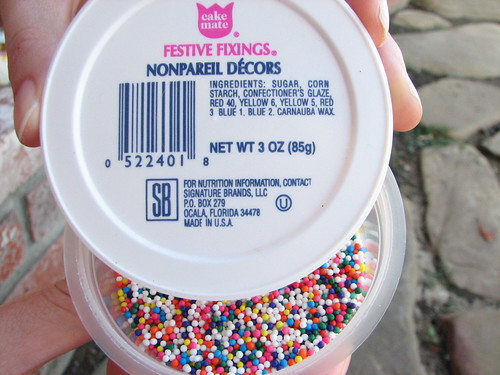 What’s in other confections?
The degree to which ingredients like carmine and confectioner’s glaze are integrated into things that we eat is quite surprising. Once you know what to look for, you’ll start noticing them all the time.Hopefully, you’re now armed just a little bit better to protect yourself against unwittingly eating insects.

This entry was posted in EMSL Projects and tagged bugs, food. Bookmark the Permalink.

17 thoughts on “How to Eat Fewer Insects (formerly on Instructables)”