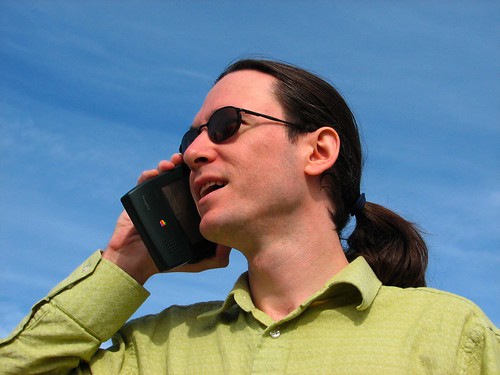 As a popular technology blog headquartered in Silicon Valley, we were lucky enough to get a chance to try out the final shipping version of the iPhone this week.

If you think that it looks somewhat different from the pre-release versions of the iPhone that were shown off at MacWorld, you’re right: Unlike those, this isn’t a prototype; it’s a genuine released product from Apple. 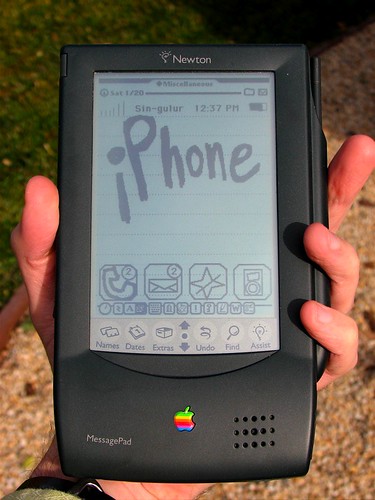 While the device does fit into your hand, it is on the whole somewhat bulkier than I was expecting. However, that’s probably just the effect of being spoiled by the iPod nano and the new shuffle. Compared to those anorexic little beasts, even the “full size” iPods with video seem pretty large by comparison.

The screen is clear and bright, with high contrast, and excellent resolution. We were particularly impressed by how readable the screen is in direct sunlight. On the other hand, the color saturation was disappointing, particularly in comparision to the pre-release versions. My understanding (strictly off the record) is that it will be fixed by the time that the next revision ships. 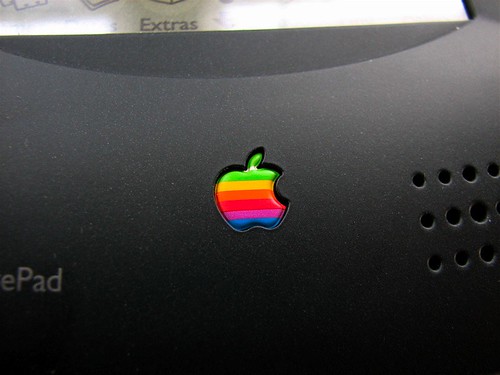 Here’s one of the big surprises in the release version: the return of the classic six-color Apple logo. In the day and age of “Apple Inc.,” it’s actually nice to have it back for a change. On the other hand, that old logo may have changed in connotation somewhat, so it’s not clear whether it’s an upgrade or not. 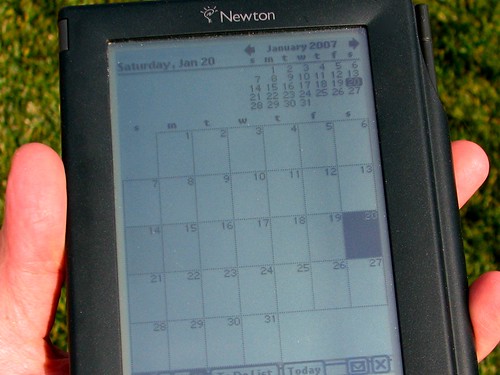 Here is what iCal running on the new iPhone looks like. The month view is very much like iCal on the Mac and it is surprisingly easy to add new dates, events, and contacts. 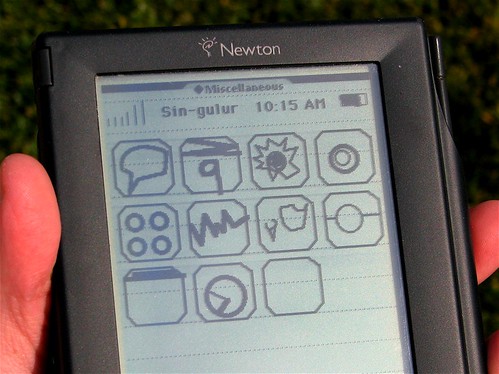 And of course, there is the ever-present reminder of wireless vendor lock-in.

Some other notes: Battery life is excellent. The multi-touch interface is cleanly executed and works well, although the handwriting recognition leaves something to be desired. (One problem that I haven’t seen anyone else point out is that it counterintuitive to write neatly in cursive with the tip of your finger.)

In any case, thanks to Apple for letting us try out their great little toy!

This entry was posted in Everything Else and tagged apple, humor. Bookmark the Permalink.

10 thoughts on “Some hands on time with the iPhone”