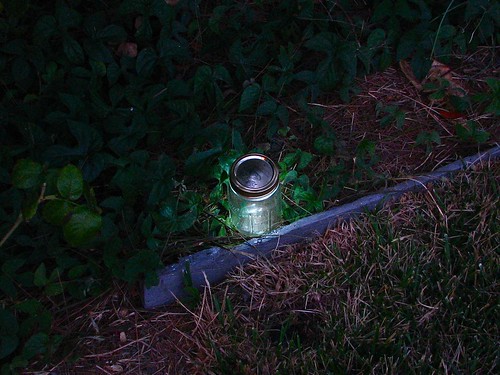 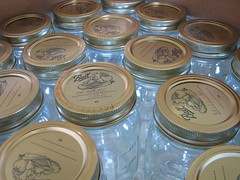 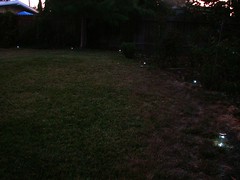 For a late night summer party, we wanted to deploy an array of maybe 20 or so little LED garden lights along the periphery of our back yard. And since it was for a one-time event, there wasn’t much sense in buying (or building) a set of nice looking permanent solar lights. So here is an alternative: make your own ultra-low cost temporary garden lights using LEDs, lithium coin cells, and mason jars. 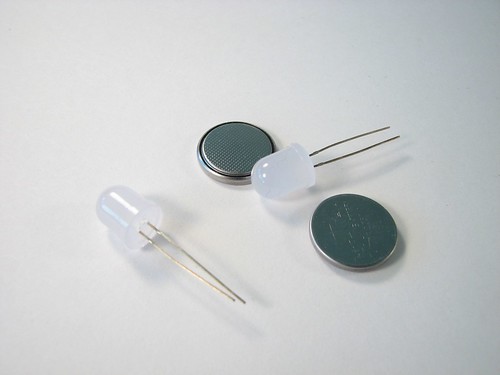 To start with, we need LEDs and CR2032 lithium coin cells. One each per jar. The best kind of LED for this design is an ultrabright LED with a diffused lens so that the light cast by the LED chip goes in *every direction,* not just in the direction that the LED points (which is what you get with LEDs that have clear lenses). Having easy access, we opted for the 10 mm diffused white LEDs from here, but you can get similar LEDs elsewhere as well.

For batteries, a very good option is Digi-Key. You *may* be able to do better from various eBay sellers and so forth, but we’ve gotten burned (figuratively, not literally) by bad sets of lithium coin cells, so beware! One thing to keep in mind: there are strict restrictions on shipping lithium coin cells by air, so if at all possible, allow time for ground shipment of batteries. (And, if you have leftover coin cells, you can always use them to make BristleBots!) 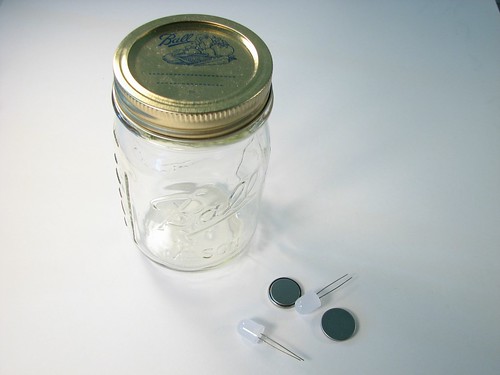 Next, you’ll need some jars.

Mason jars are available by the dozen in your local supermarket, in the canning/pickling section (which seems to actually still exist!), but are also available online of course. The “other” way is to start with a set of recycled jars, of course. If you eat a lot of pasta sauce from jars, you can build up a collection pretty quickly. And even if you don’t eat food that comes in jars, you can usually find good jars at thrift stores– so you really don’t need to spend a lot on this. But even if you’re buying brand new jars, you should be able to get all of your parts for a grand total of about $1-$1.50 per light jar.

(If you want to get a bit fancier, there is also plenty of room for that. I like this set of instructions for making frosted glass jars for LEDs– those would work well for this project too.) 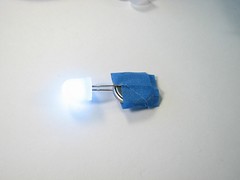 Now we hook up the LED to the battery as though we were making LED Throwies. *
Connect an LED directly across the terminals of the lithium coin cell. The long lead goes to the ‘+’ side of the battery. Wrap it once with tape– just about any kind– to keep the LED leads touching the battery cell. (We had blue masking tape handy so we used that– it seemed to work just fine.) 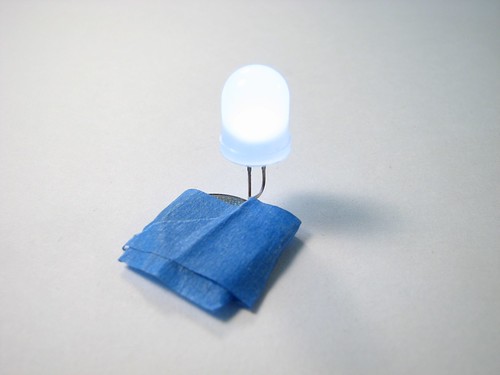 Now the tricky step: Bend the LED 90 degrees from the battery cell using a half-twist, so that (1) it can bend that that way and (2) you don’t touch the two leads of the LED to each other. 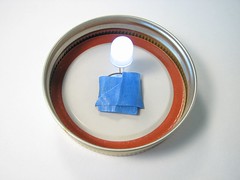 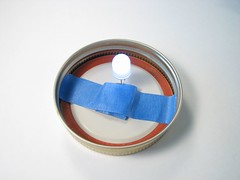 Place the LED assembly inside one of your jar lids and tape it down in place. (Optionally, you can do a better job of centering the LED than shown here!) 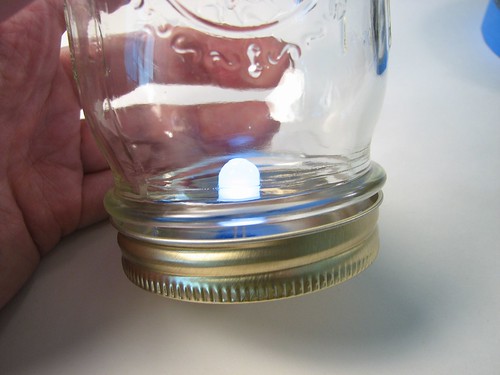 Finally, screw the jar onto the lid, and it’s done. 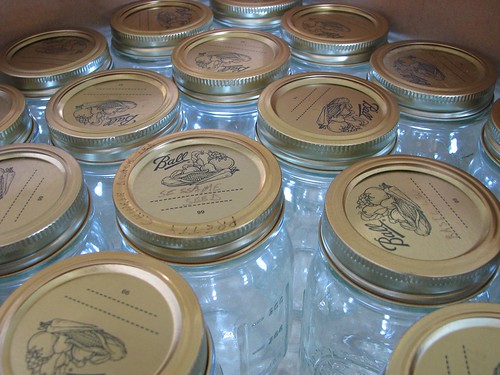 With a little practice, you can make a few of these per minute. 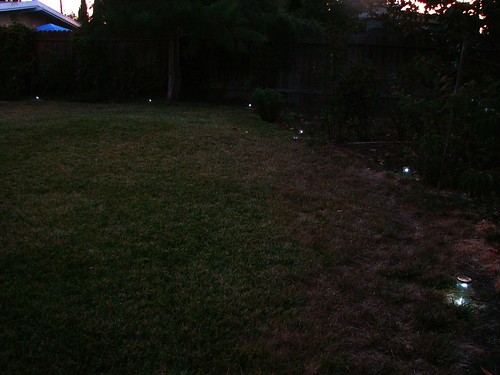 And, after dark, they start to come alive.

We think that these could be potentially interesting for a number of different types of outdoor events– making quick cheap lighting when and where it’s needed. They are relatively scaleable, in the sense that hundreds of them are much more affordable than regular solar garden lights. The difference is that like traditional luminarias, these jar lights are temporary. However unlike luminarias, LED jar lights are waterproof, won’t blow out or catch on fire, and will stay safely lit– unattended– for several days up to a week. And, if you don’t need them for a week at a time, you can always easily disassemble them and save the batteries for next time.

This entry was posted in EMSL Projects and tagged diy, LEDs. Bookmark the Permalink.