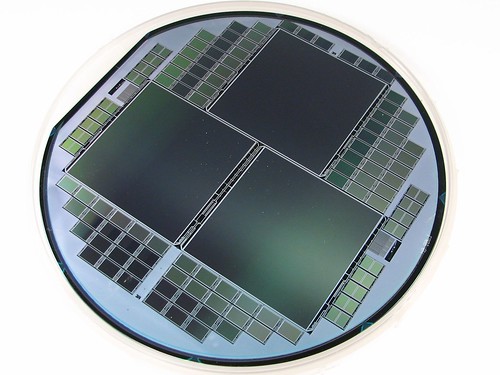 I picked up this interesting wafer at the silicon valley electronics flea market. So far as I can guess, these are some sort of image sensors. The manufacturer has cleverly divided the wafer up to make three different sizes of sensors at the same time– only three of the large ones, and many more in the two smaller sizes.

So, before I pull out the microscope and look for brand names, can anyone guess (or identify) *exactly* what we’re looking at here? For scale, the wafer is about six inches across. A few more pictures follow. 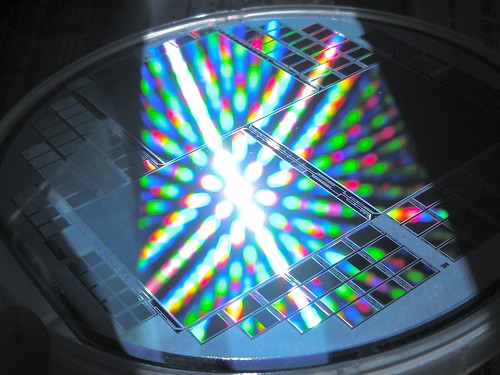 This photo was taken in direct sunlight. The diffraction pattern shows that all of the devices have a high-density microscopic structure that’s basically an equally spaced square grid– obviously consistent with image sensors. And it looks neat. 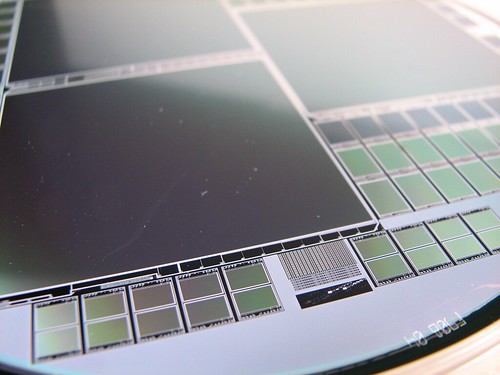 Here’s a second view up close– you can see the different sized devices and a test pattern area. The pictures link to flickr, where full-size images are available.

Update: I’ve found the following part number on the three large sensors: KAI-4300, which then appears to be a Kodak product, in the KAI line of Interline CCDs.

16 thoughts on “An interesting wafer”