It’s a busy week at the labs here. We’re getting ready for Maker Faire this weekend in San Mateo, CA– the biggest, baddest, and most awesomest DIY festival of the year.

We’ll be showcasing an updated version of our mechanical Pong game. We’ve added a curved playing field, new user-friendly knobs, and a host of other improvements that we’ll plan to write about at a later date. We hope you’ll come by and try it out–we’ll be on the west side of the Expo hall. 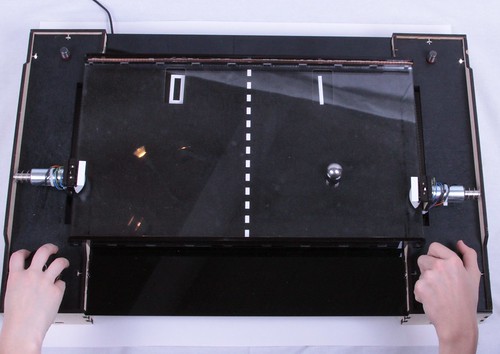 Some of the other projects that we’ve taken to Maker Faire in the last few years include our Interactive LED Dining Table, CandyFab, Bristlebots, Interactive LED Coffee Table, Peggy 2, and Meggy Jr RGB.

We’re also participating in the Open Source Hardware Panel, on Saturday at 1 pm at the Innovation Stage at the south end of the Expo Hall. 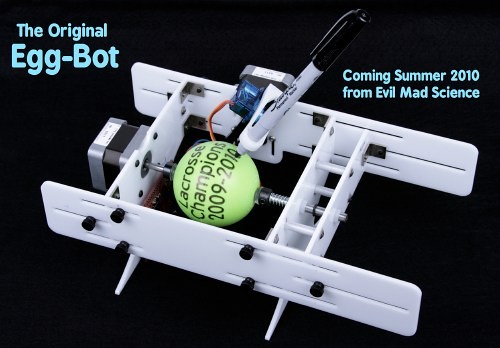 We’ll have much more to say about this later, but we’re thrilled to announce our new collaboration with Bruce Shapiro, Ben Trombley, and Brian Schmalz. While we’re demonstrating the Tabletop-Pong game, Bruce and friends will be giving a sneak peek at the results of our collaboration: a fantastic new version of the Eggbot kit, which we are preparing for release as an open source kit sometime this summer. 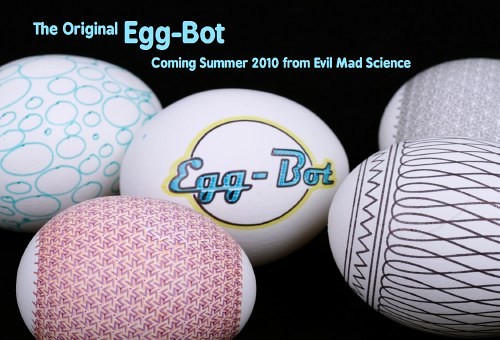 You can sign up here for more info about the kit, and you can try out the Eggbots– or just see them in action –in the center of the Expo Hall.

Lastly, to help get everyone else in the DIY mood, we’re having a DIY Fever sale over at the store, with 20% off of Evil Mad Science open-source kit favorites such as the Larson Scanner, Meggy Jr RGB and the Bulbdial Clock, and 10% off of everything else!

Happy hacking, and we’ll hope to see you all at the Faire!