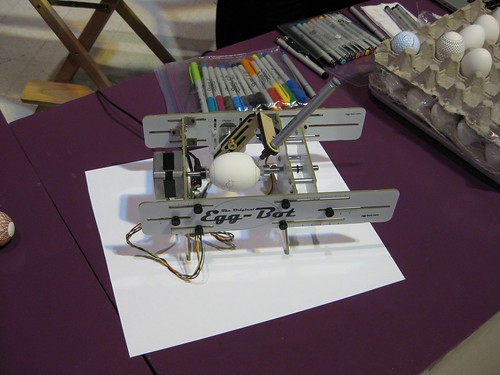 This week we’re getting ready for our big trip to Maker Faire Detroit 2010, where we’ll be demonstrating the Egg-Bot, our forthcoming spherical-coordinate drawing robot, which we’re gearing up to release later this summer.

Our last Egg-Bot outing was to the California state fair a couple of weeks ago, where we had a blast showing off our machine, drawing on light bulbs and (yes) eggs: 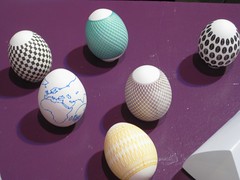 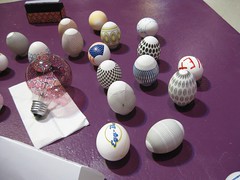 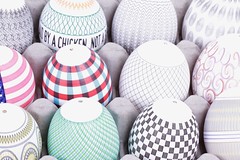 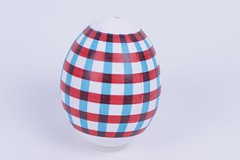 What else is going on at Maker Faire? Well, lots— it’s hard to know where to begin –but for one thing Wes and Don told us about their cool project– a low-resolution 3D volumetric display based on a Peggy 2LE, rotated on a big box fan.

For those of you who can make it to the Henry Ford this weekend, we’ll certainly hope to see you there. (And further off and further away, we’re planning to be at Maker Faire NY in September.)

This entry was posted in Eggbot, Field Trips and tagged eggbot. Bookmark the Permalink.

6 thoughts on “Packing our bags (of bots) for Detroit”