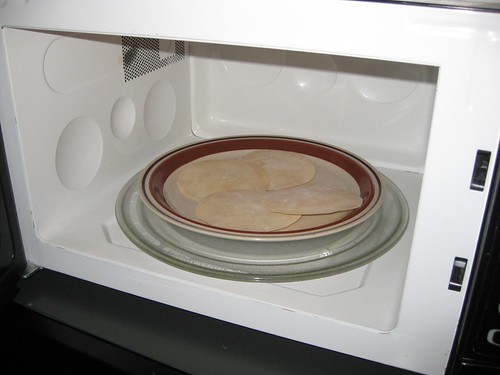 Microwave ovens are curious beasts. A super convenient method of warming up certain foods, for boiling a cup of water, melting a little butter, or reheating frozen leftovers. But all too often, those frozen leftovers end up scorching in places and rock-hard frozen in others. Is this just random? Is it really the case that microwaves cook the food from the inside out or left to right or back to front? Well, no, but the way that microwaves work can be mighty counter-intuitive. Our own microwave oven is definitely one of those that likes to produce scalding yet frozen output. That isn’t necessarily such a big deal if you have patience to reposition a dish several dozen times in the course of a five minute warm up. But we recently (and quite unintentionally) came across a situation– while cooking, of all things –where the radiation pattern became clear as day. 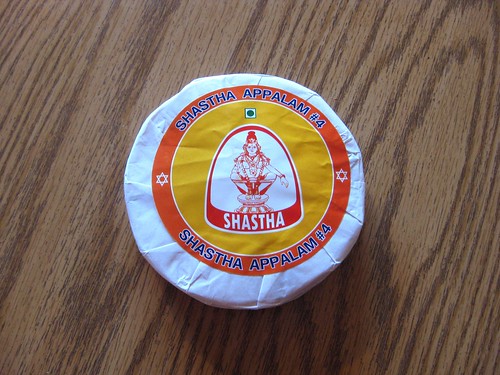 As we have written about, we enjoy roasting papadums (a type of Indian cracker) on the stovetop. Appalams are a closely related cracker made with rice flour in addition to the usual lentil flour that can be cooked in the same ways, but just happen to be significantly more flammable. 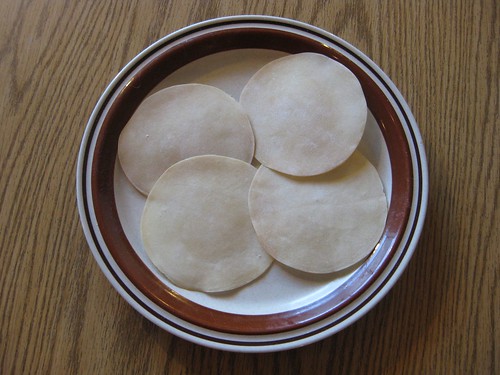 So, while you can (with great care and a nearby fire extinguisher) roast appalams on the stovetop, we decided to try out the microwave method. We put several of the appalams on a plate. They start out as plasticky brittle wafers like you see above. And then, after 30 seconds in the microwave, here is what we saw: 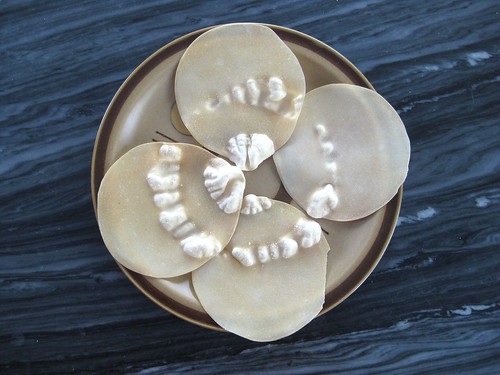 Holy crap! As an area of the cracker cooks, it bubbles up in just a few seconds, leaving clear marks as to where there is microwave power and where there isn’t. For this particular microwave, Saturn-shaped objects will cook evenly. Obviously what is happening is that there are two hotspots in this microwave: one in the center, and one offset from center which traces out a circle thanks to the rotating plate in the bottom. We have access to four other microwave ovens. Are they all this bad?For each microwave, we spread out four appalams on a plate and cooked them for 30 seconds. 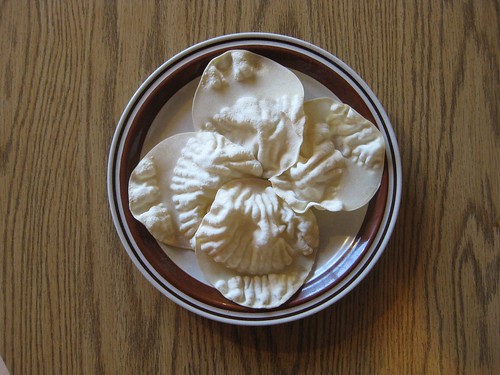 Microwave #2: This microwave cooked much more evenly, but is better suited for reheating donuts: it has a dead zone in the very center, a central ring that cooks well, and an outer dead ring with hotspots beyond that. 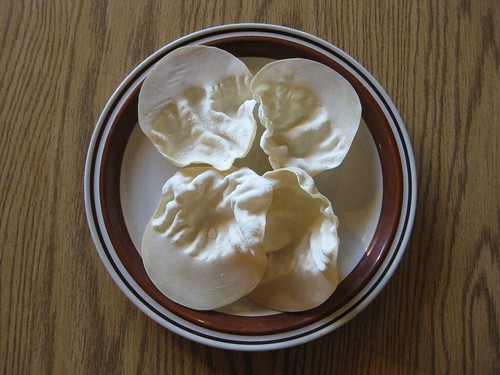 Microwave #3: This is a very large microwave–the kind that a turkey would fit in. It is extremely powerful, but strangely, the cooking is confined to a single central area that is much smaller than its rotating tray. This is the one you should use to heat your soup for lunch. Alternately, an appalam placed dead-center cooks beautifully in 30 seconds. 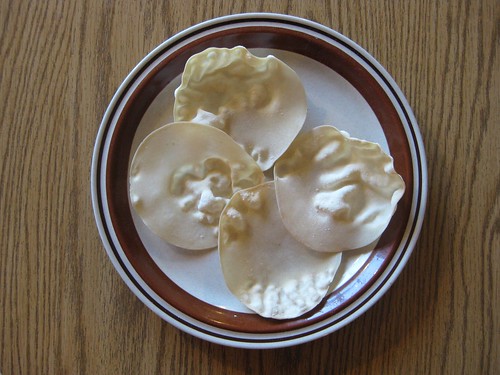 Microwave #4: Significantly underpowered, with a hotspot way off center and an outer ring of uneven distribution. Wondering why part of your lunch is steaming and part is still icy? Blame this microwave. 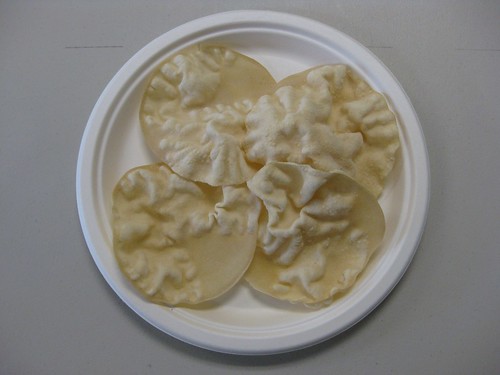 Microwave #5: This microwave has adequate power, but an absolutely baffling radiation pattern. Even though it has a rotating tray, there are two angular sections that are still plasticky raw. How can this happen? Our guess: the rotating tray is driven by a synchronous motor, while the magnetron is driven in pulses that are several seconds long. The resulting beat frequency shows up on your crackers. Consider this microwave a good candidate for firmware replacement.

Microwave #1 is clearly the worst of the bunch. One tiny warm spot in the center, and a narrow ring of mediocrity around it. Did you know that if you take apart microwave ovens, there is a really great ceramic magnet inside of the magnetron? And when we’re shopping for our next microwave, where can we go with our stack of appalams to try out prospective replacements?
One nice thing about this testing method: the cooked portion of the output makes for a great snack. Serve with chutney, pickles or other preserves.
This entry was posted in EMSL Projects, Play with your food. Bookmark the Permalink.