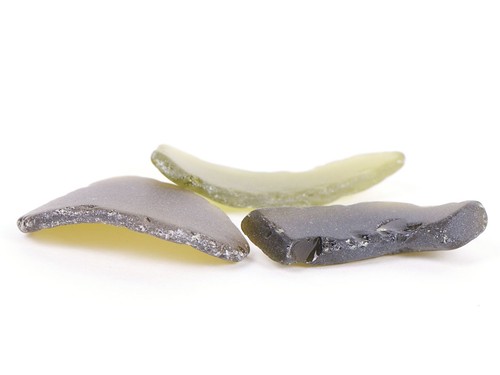 “Walking the beach with the kids, one of our favorite pastimes is collecting shells, bits of sea glass and other rocks. We typically put them in buckets, sort them when we get home, and then put them in the garden– except for the few special ones that the kids keep on their dresser.


In the process of making a garden path which stretches 50 feet long and is 2.5 feet wide, I thought, how cool would that look if it were some sort of mosaic of sea glass! Snapping back to reality I realized how much time would be required to collect that much sea glass and got discouraged. But (eureka!) you can make your own. All you need is some glass, some sand, sea water and some way of mimicking the ocean and (bam!) you get sea glass.

I wanted to do large volumes, so I borrowed my uncle’s cement mixer to mimic the ocean. The steel fins inside mimic large rocks. I started breaking wine bottles into small pieces and stole some sand from the kids play box, adding it all to the mixer. Since I didn’t have any sea water handy I just filled it with tap water and turned it on. After an hour I checked and the sharp edges were all broken off, after two hours there was some frosting and smoothing and after 4 hours et voilà— I had sea glass! With the capacity of the mixer I will have my garden path in no time. I plan on experimenting with other media and time duration and will report on my progress in the future.” 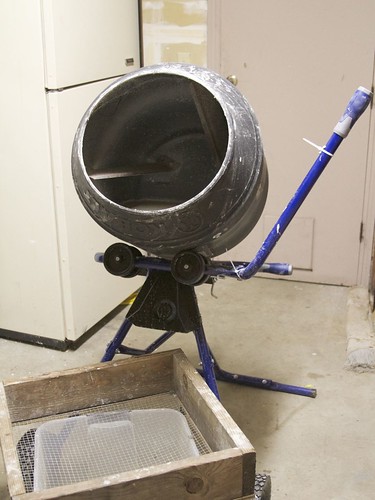 An ordinary hardware store cement mixer, tap water, and play sand. Simpler and more environmentally friendly than using many other common abrasives that are used with rock tumblers. 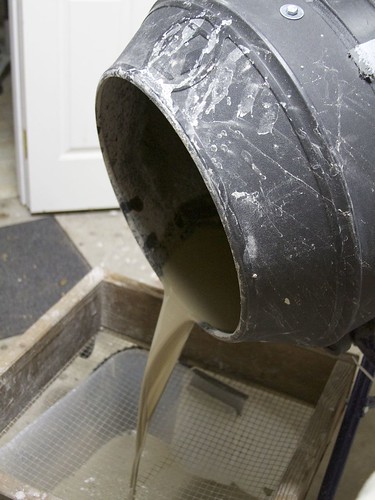 Add glass and allow to run for several hours. After running, drain the excess the sand-water slurry through a coarse screen. 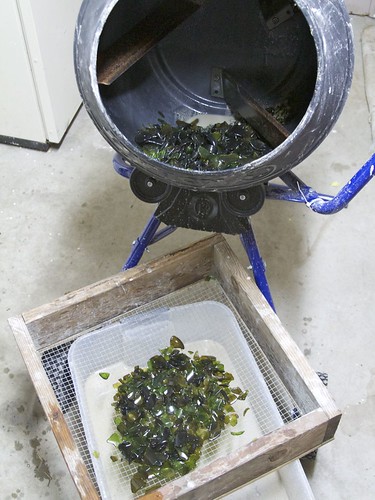 After dumping out the excess and some of the glass. 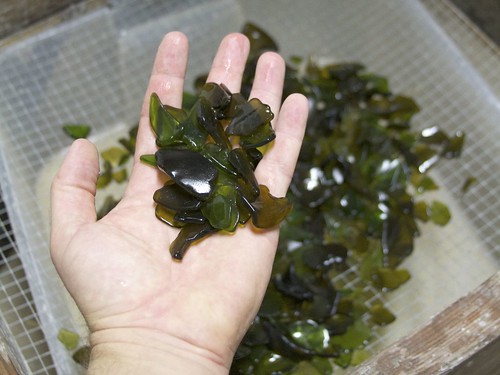 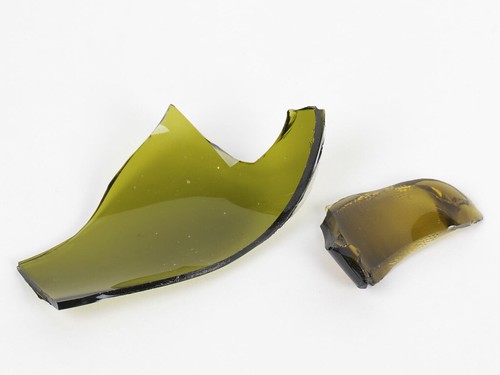 Here’s what the raw glass looks like, zero hours in the mixer. 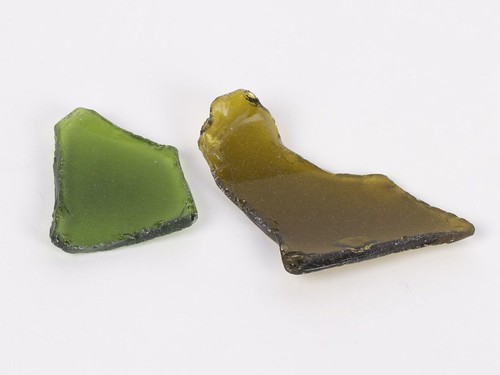 These pieces were pulled out after one hour in the mixer. Their sharp edges are broken, and there’s light etching of the surfaces. 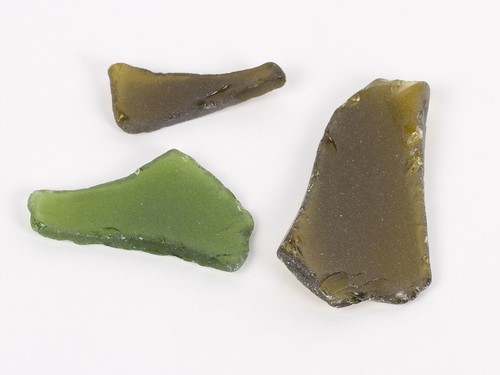 These pieces were pulled out after two hours in the mixer. The shapes are slightly more rounded, and the surfaces are beginning to frost heavily. 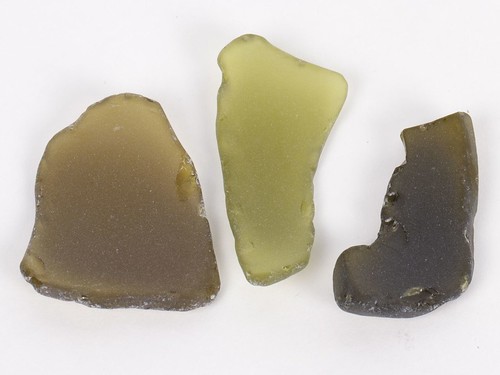 And after four hours, the pieces begin to look a lot like what you might find washed up on a sandy beach. While it will be interesting to see how the pieces change over longer pieces of time, you probably don’t want to go too much longer (and wear them too much thinner) if you’re making mosaic pieces for people to walk on.

This entry was posted in Art, EMSL Projects and tagged art. Bookmark the Permalink.

38 thoughts on “The beach glass machine”