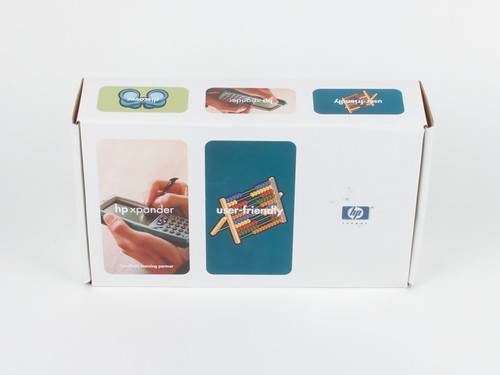 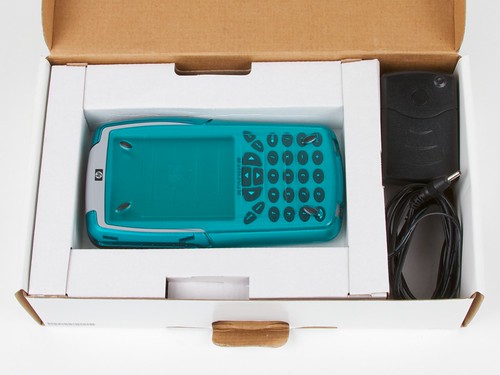 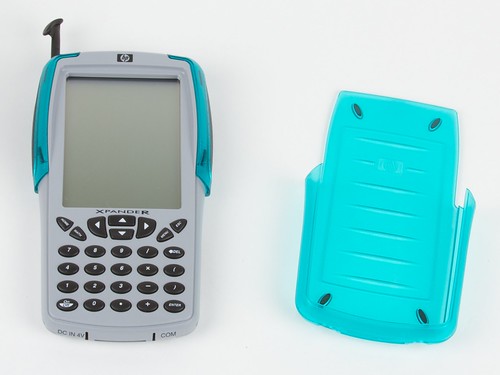 Behold, in all its glory, the “HP Xpander.” Not just a relic from the age of brightly-colored transparent plastic, but what could have been the future of HP graphing calculators.

The Xpander was Hewlett-Packard’s attempt to reinvent the graphing calculator as a smart, stylus-and-keyboard bearing interactive computer.

Anticipating wide distribution, HP Sent prototype units–like one shown here –to a select group of educators in the year 2000. Despite positive feedback, the project was shuttered in 2001, with HP stating that the project did not have “a broad enough appeal”. None the less, it’s an interesting piece of history. 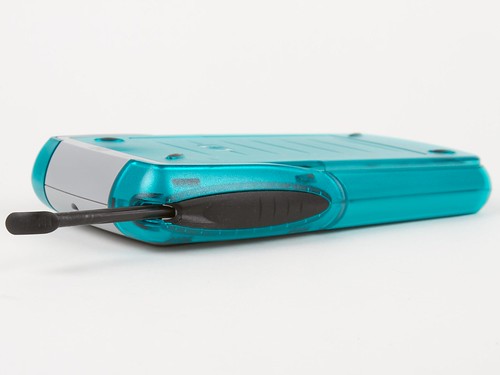 For input the Xpander had a stylus-driven screen (tucked away into a slot on the left side) and a calculator-like keypad.
The calculator ran custom software on top of Windows CE 3.0 on an Hitachi SH3 processor. 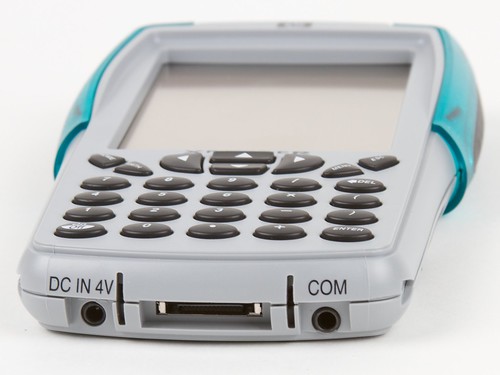 The Xpander is powered by two internal Nickel Metal Hydride cells which are charged with a wall adapter. Each calculator also shipped with a serial port cable and software to transfer files, update the firmware, and take screenshots. The socket in the middle is a display output port, and was used to connect the overhead projector display unit to the calculator. 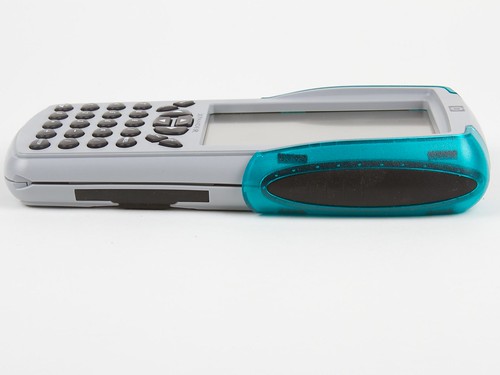 It also had a Compact Flash slot on the side, intended for use with external sensors and other equipment. As far as I know no compatible external equipment was ever supplied to testers outside of Hewlett-Packard. 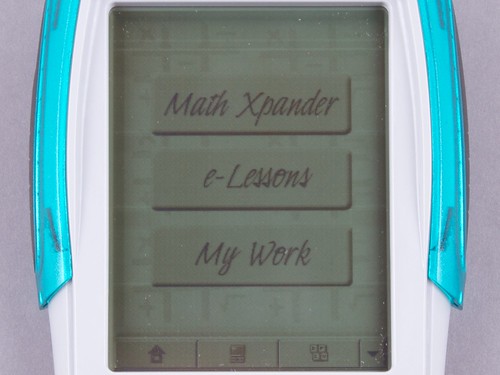 After all these years it still powers up just fine, although I did remove the original batteries before plugging it in. (I don’t trust batteries that have tufts of white crystals growing out the ends of them.) 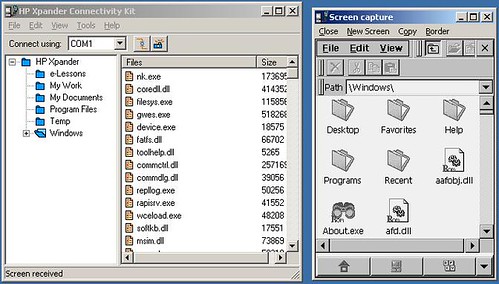 The quality of the screen– with several gray levels –was abysmal, even for the late nineties. Fortunately the connectivity software packaged with the calculator has a screenshot function and we were actually able to use it to get genuine screen captures for the images that follow. 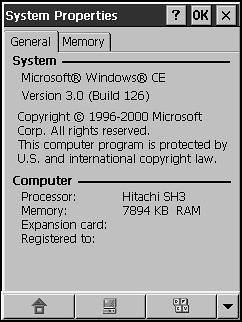 Your eyes do not deceive you, it is in fact running Windows CE 3.0 (Build 126) on a Hitachi SH3 processor with about eight megabytes of RAM. Programs compiled for this platform seem to run just fine on the Xpander, although I have no idea if there were plans for the production model to be locked down. 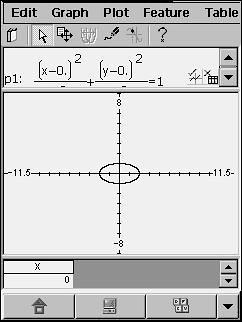 This is the Math Xpander software. This software was the core of the whole project; the hardware was merely a vehicle to get it into the hands of teachers and students. After the project was discontinued HP released the software as freeware. It’s still available from Saltire Software. 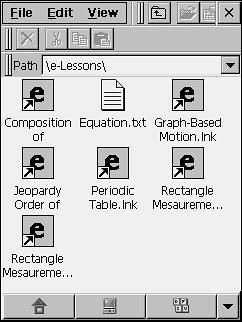 Each Xpander also included a collection of ‘e-Lessons’. These were stand-alone programs that investigated various science and math topics. 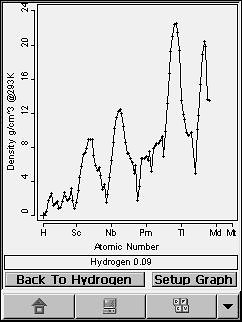 Some e-Lessons are quite interesting (like the periodic table e-Lesson shown here). 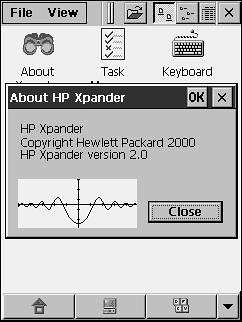 The teachers that were selected for the testing program were taken on an all expenses paid trip to a resort where they spent several days learning about the device and how to use it in the classroom. Various paraphernalia from this trip has appeared on eBay from time to time and includes HP/Xpander branded pens, lanyards, laser pointers, and branding irons (yes, really). In 2001, after the project was canceled, teachers in the evaluation program were told to discard the equipment when they were finished with it. But luckily enough, not all of them made it to the landfill.

Dan Hembry is a henchperson at Evil Mad Science Laboratories.

11 thoughts on “The HP Xpander”