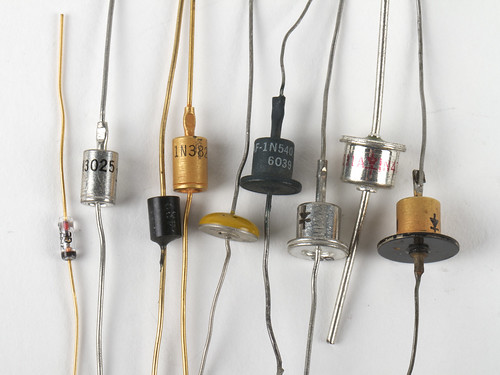 We have written before about the the Silicon Valley Electronics Flea Market, one of our favorite places to go treasure hunting. At this weekend’s flea, we came across a cache of beautiful old diodes, including some in rather unusual packages. 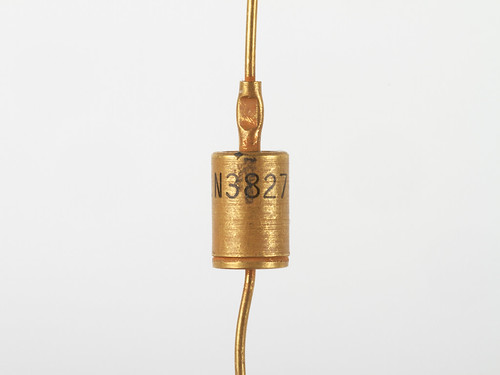 The Motorola 1N3827 diode above isn’t in a particularly unusual package, but it is gleaming gold, all the way down to the crimped wire leads.

The 1N3827 isn’t particularly unusual in its electrical characteristics either. But, like the other types that we’ve gathered here, the 1N3827 is painfully obsolete. A quick search shows that a few replacement devices are available, but are generally in short supply and at prices approaching $50 in some cases. 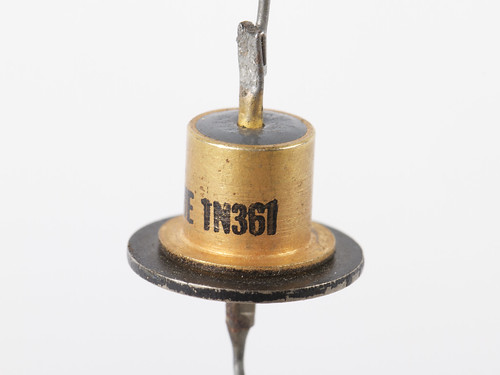 There were several varieties of top hat diodes, like this 1N361. 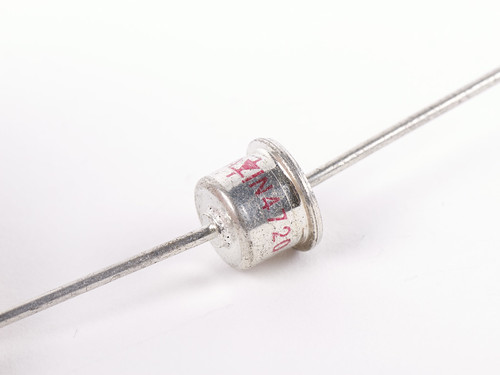 Interestingly, these devices are not consistently oriented. This 1N4720 rectifier has the brim on the anode end, whereas most of the rest we found had it on the cathode end. All of them had the orientation clearly marked. 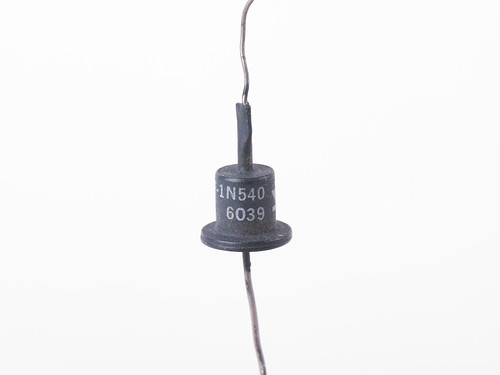 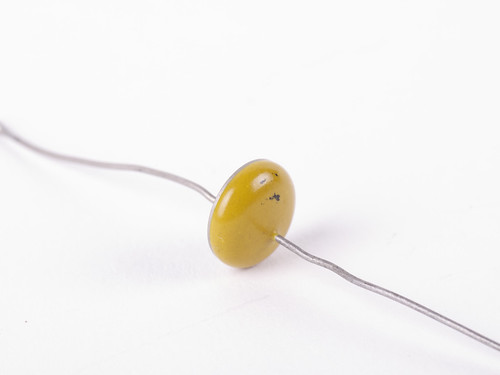 Another oddity was this 2E4 diode from International Rectifier. It looks just like a candy button. 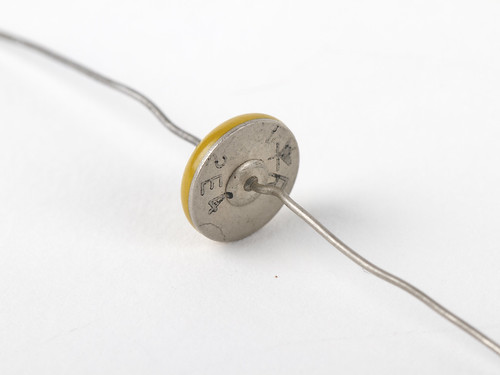 According to radiomuseum.org, this cute little guy is rated for 400 V, 2A. 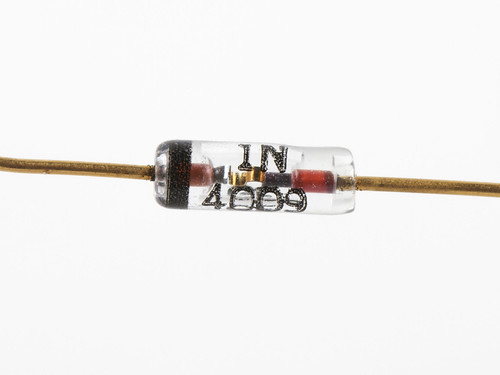 And finally, a package type that can still be found today.  While the package is not particularly unusual— save for the gold leads —it is enlightening to look inside this glass encapsulated 1N4009  diode. The red sections are surfaces of metal (possibly kovar) that are directly embedded within the glass.   If you look very closely (or click over to flickr for the huge version), you can see the S-shaped ribbon of gold, and even identify the shiny semiconductor die to the left of the ribbon.

You can see more photos of these old diodes in our photoset, and you can see some of our other old and interesting components— which make great wine charms —here.

4 thoughts on “Interesting Diodes from the Electronics Flea Market”