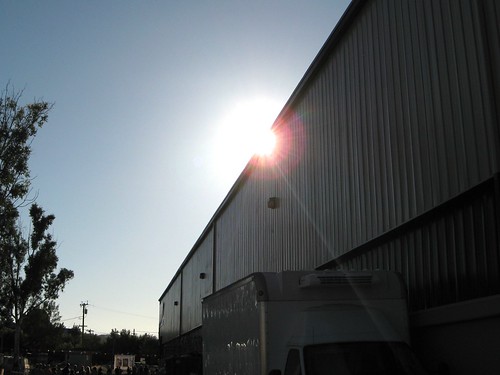 There were a lot of amazing things that we saw this weekend at Maker Faire— everything from live demonstrations of snails creating artwork (by Presley Martin) to the DIY pick and place machine (from buildyourcnc.com). There was also something special in the sky: the solar eclipse on Sunday. 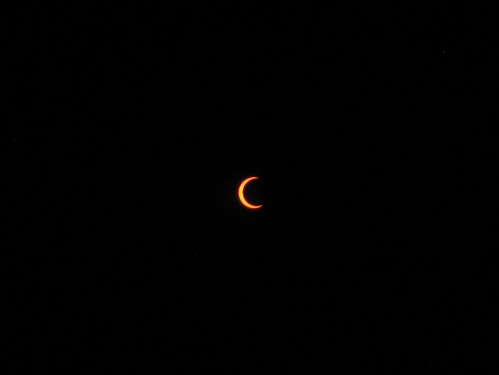 Viewed elsewhere (e.g., further north in California) this was an annular eclipse, where the sun does not disappear entirely, but instead becomes a ring of fire (since the apparent size of the moon is not large enough to block the full disk of the sun). For us at Maker Faire in San Mateo, it was a spectacular partial eclipse, which we were able to view through solar viewing filters, kindly handed out by the Exploratorium. 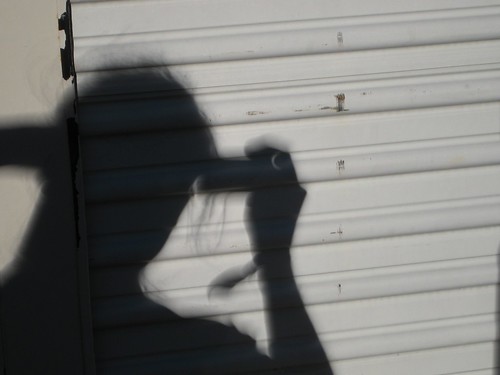 Of course, it turns out that you don’t actually need a solar filter to watch the eclipse. Any little aperture— in this case the cap between my hand and the camera —can act as the pinhole in a pinhole camera and project the image of the sun onto a surface. 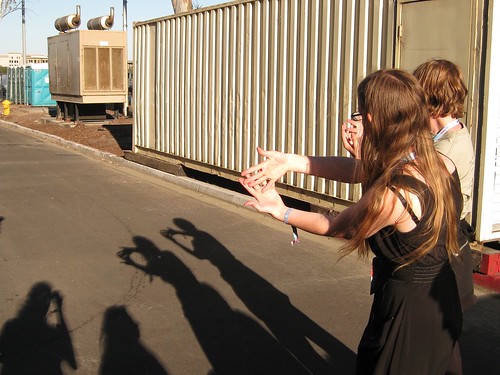 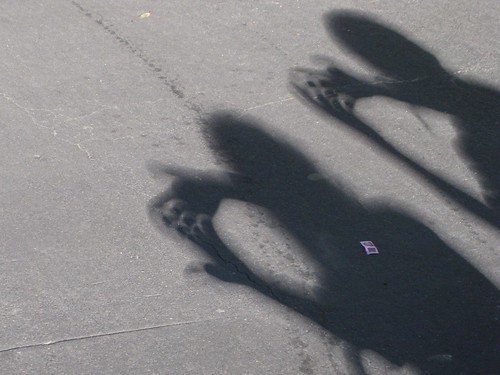 So if you’re not sure if an eclipse has started, or how much of an eclipse it is, just hold out your hands and make some little apertures; the shadows will show up with little bright spots in the shape of the sun, whether that’s a circle, ring, or crescent. 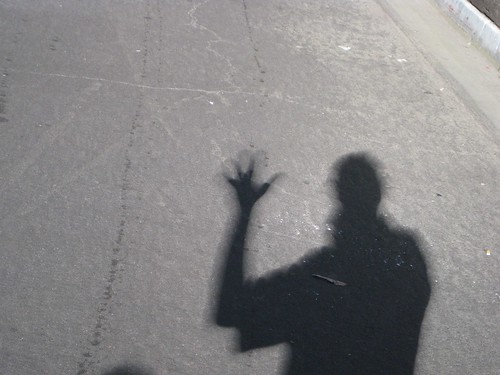 Stranger yet is to look around at all the shadows that you see every day. Even the shadow of your hand takes on an unexpected shape when the sun is anything other than round.
There are actually five outstreched fingers on my hand here, but you can hardly tell that when every bit of light that seeps through (or around the edges) projects a crescent-shaped image. We take for granted that the shadow of an object will the same shape as the object, but as you can see, that isn’t necessarily the case when the light source isn’t round.
This entry was posted in EMSL Projects, Science and tagged eclipse, science, space. Bookmark the Permalink.

2 thoughts on “Shadows of an Eclipse”