We spent the day yesterday in the pits with the teams participating in the 2012 Silicon Valley Regional FIRST Competition and brought back a whole heap of pictures. Thursday is fix, check and test day at the regional competitions. Each robot has been sealed up since the end of the build season and the teams bring them out and get them certified for competition and run them through practice matches. 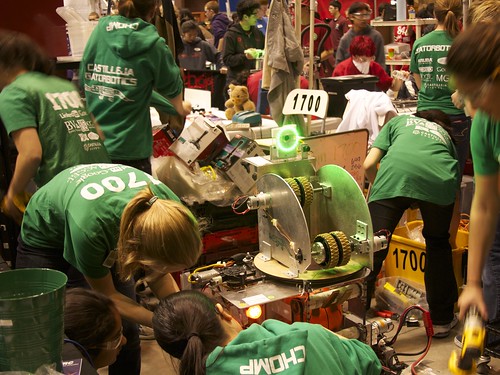 The pits were extremely busy for most of the day, getting the robots ready for their practice rounds and repairing them afterwards. Team Gatorbotics was one of several local all girls teams. There were teams present from Mexico, Brazil, and several US states. 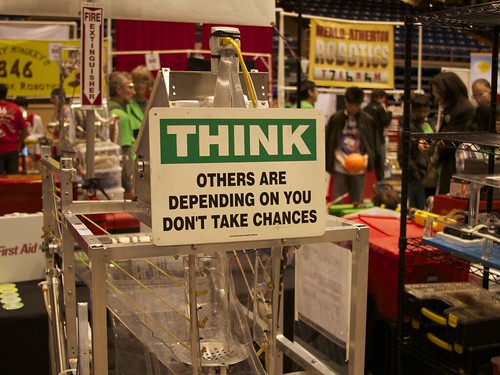 Safety was emphasized at all times, and no one was allowed in the pits without safety glasses. Volunteers checked each team’s safety plan and made sure they had all the required safety equipment and information. 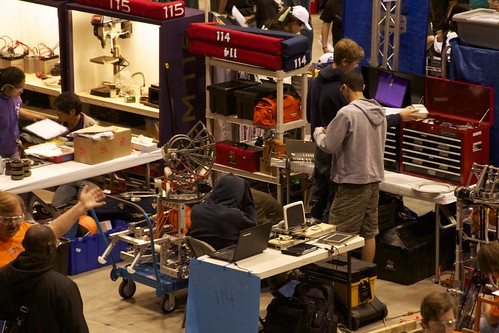 Some pits were more organized than others. Team 115, Monta Vista Robotics had a beautiful hinged tool cabinet and storage rack with interior lighting. Tools were loaned freely between teams, and whiteboards were used to keep track of loaner tools and practice match schedules. 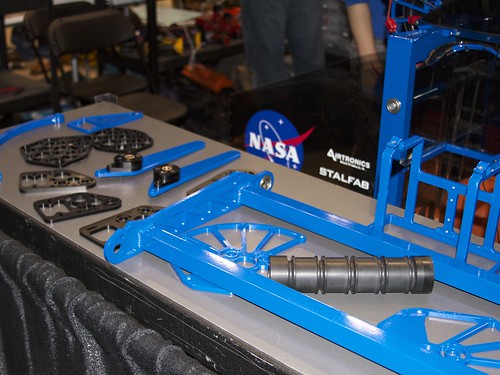 Robots were made from all kinds of materials and with all kinds of tools. Waterjets, CNC routers, laser cutters, mills, lathes, bandsaws, drill presses, welders, soldering irons and every imaginable hand tool were used to shape plywood, steel, aluminum, PVC, polycarbonate, acrylic, and rubber. The Cheesy Poofs had some of their powder coated spare parts on display. 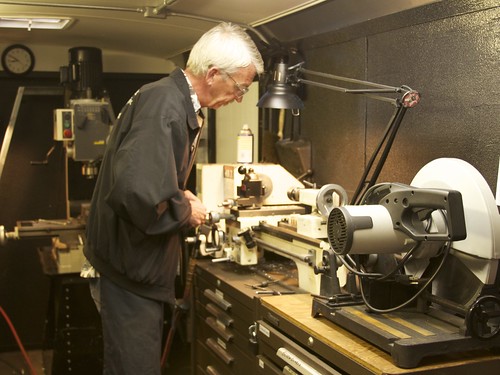 There was a mobile machine shop just outside the pit area. The teams could bring their materials over and have them machined to their specifications. The operator lamented that there aren’t enough volunteer machinists to help out with this service. 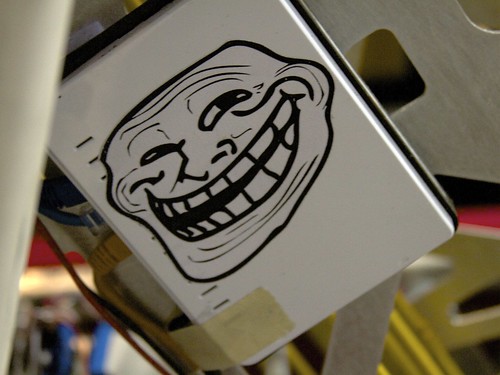 Some teams put a lot of effort into decorating their robots. When not in autonomous mode, the robots were controlled wirelessly through a D-link router, which was a popular place to put stickers. 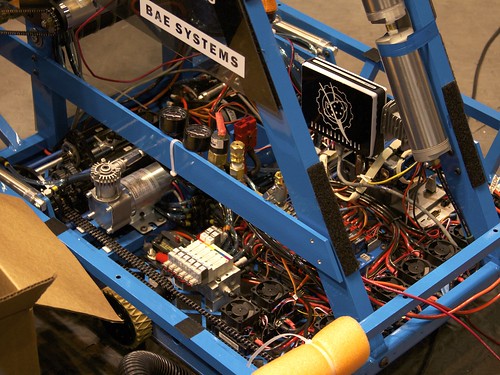 The logo for the Space Cookies looked great on their router. They were another of the all-girl teams. 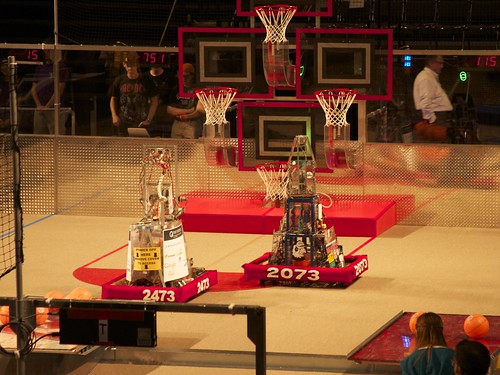 Seeing the robots put through their paces in the practice matches was good fun. They’re competing Friday and Saturday at San Jose State University, so go and check them out! There are more regional competitions before the championships at the end of April, so check to see if there is one near you. You can also see many more pictures of the robots in our flickr set here.
This entry was posted in Engineering, Field Trips, Robotics and tagged games, robots. Bookmark the Permalink.