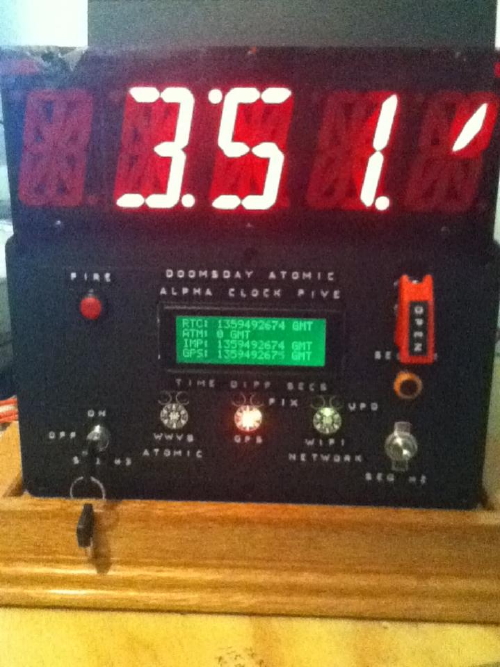 From the complete overkill department, evilandy posted in the forums about his project which hooks up an Alpha Clock Five to a GPS module, a WiFi module, a WWVB Atomic radio receiver, two TXCO RTC modules and two microcontrollers because, well, we’ll let him tell you:

I wanted a clock that would display precision time and date in “all” worst case scenarios. If this clock does not show the precise time then it’s time to gather up food, water, ammunition, and the family and head for the underground bunker!

The keyswitch, fire button, and covered toggle are nice touches. Thanks for sharing your project, evilandy!

This entry was posted in Electronics, Everything Else, Microcontrollers and tagged alpha clock five. Bookmark the Permalink.