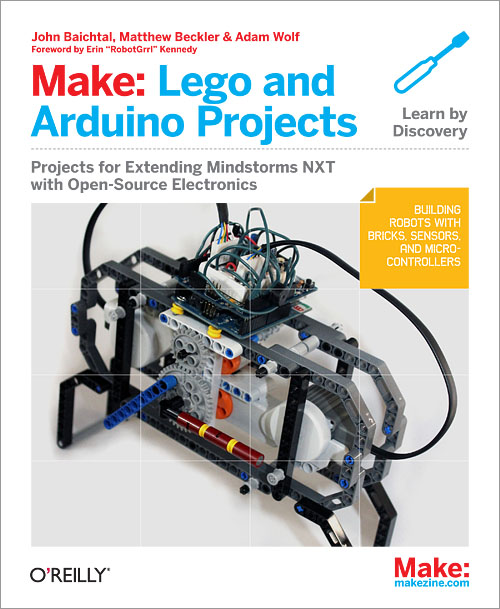 Our friends John Baichtal of Make Magazine, and Adam Wolf and Matthew Beckler of Wayne and Layne have recently released their collaboration, Make: Lego and Arduino Projects, with a forward by our other friend, Erin RobotGrrl Kennedy.

If that all-star cast isn’t reason enough to check it out, the book is about combining Lego and Arduino, key gateway drugs into engineering and electronics. To accompany the book, they’ve created Bricktronics, a library for use with Arduino and Lego and a set of accessories to help with the physical interfaces, including a shield that allows you to plug your Lego NXT accessories into your Arduino. In an article over at Make, John points out that models and code from some of the projects from the book are up on github, so you can already get started playing.  Neat stuff!