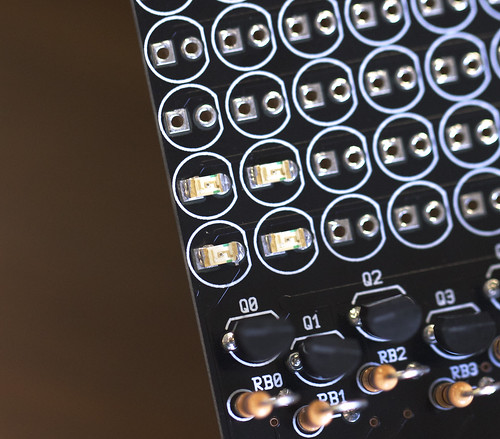 Peter T. recently stopped by our shop with his Peggy 2LE and showed us his incredibly cool hack. He had noticed that the 0.1″ pin spacing for a standard through-hole LED is just about perfect to accommodate LEDs in a 1206 surface mount package. 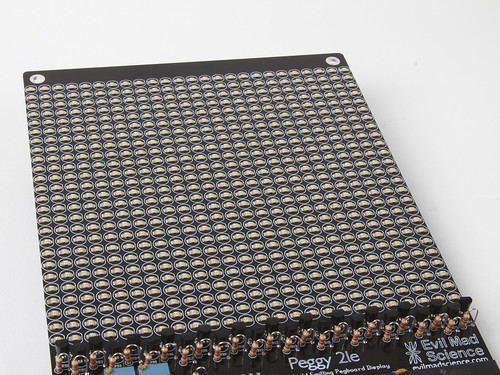 Once he had finished populating all the LED locations, he brought it by again. He used an alignment jig he had made to keep everything in straight rows while soldering. 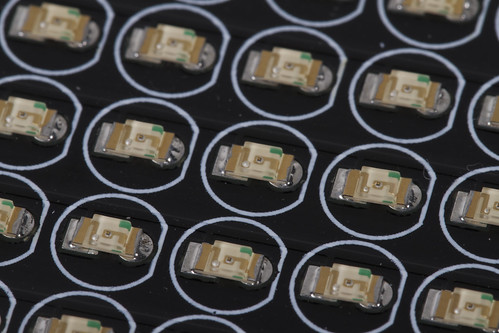 The surface mount LEDs look great on the grid designed for T-1 3/4! 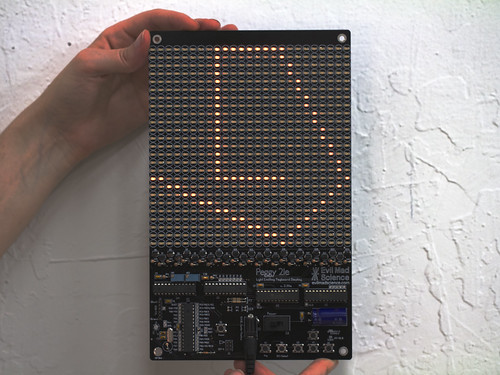 We plugged it in so we could see his pretty orange LEDs in action. Thanks to Peter for bringing it by and letting us take pictures!

This entry was posted in Electronics, Engineering and tagged electronics, LEDs, peggy 2. Bookmark the Permalink.

4 thoughts on “Surface Mount LEDs on a Through-hole PCB”