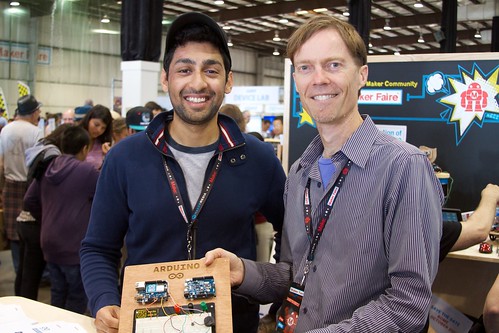 The 2014 Bay Area Maker Faire was an amazing, amazing event. We took hundreds of photos, which we have posted in a flickr set here. Here are just a few of the highlights— both technological and artistic, and we’ll be featuring several more over the course of the next week or so.

(Above: Rolf and Abhishek show off the new Arduino Zero in the Arduino booth.) 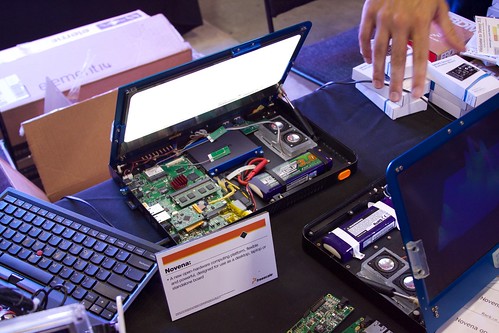 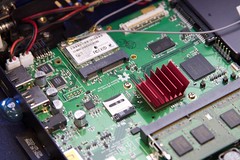 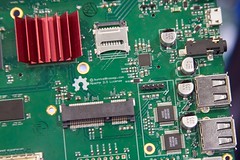 The Novena open source hardware laptop, in the flesh. 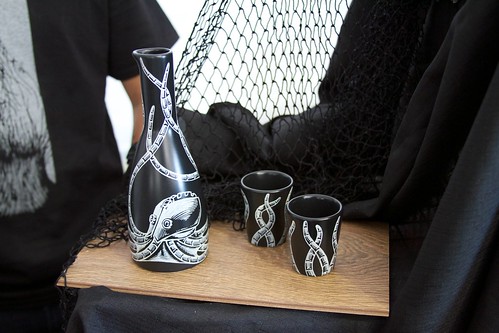 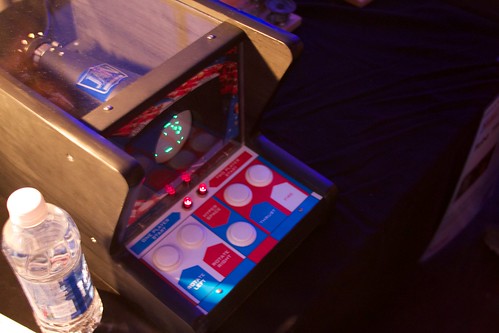 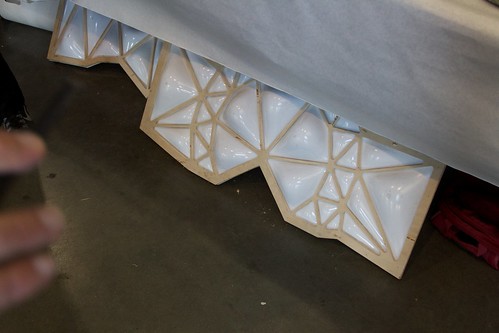 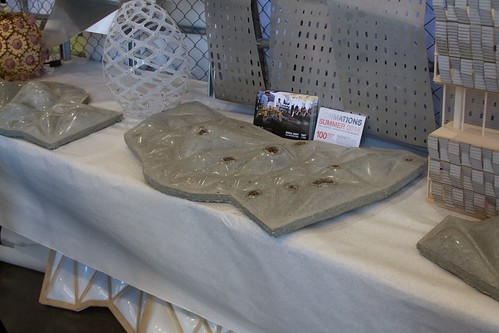 At the California Academy of the Arts booth: CNC routed frames for vacuum forming, used to make molds for concrete. 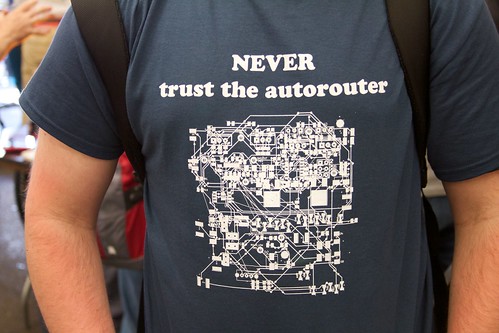 If you’ve ever used an autorouter when laying out circuit boards, you may have just said “OMG where can I get that?” out loud. , Chris Gammell‘s “Never trust the autorouter” shirt is a one-off  but by popular demand, he is running a teespring campaign and you can order yours through June 11. 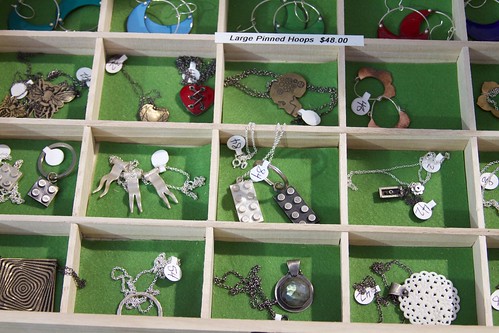 Handmade jewelry including lost-Lego silver casting by Shannon Conrad of rubygirl. The process involves burning out an actual Lego brick for each item that she makes. The resulting object have remarkable detail, showing not just the “LEGO” name on the dots, but also hidden mold numbers on the back sides. And, you can still snap (plastic) Lego bricks onto them. 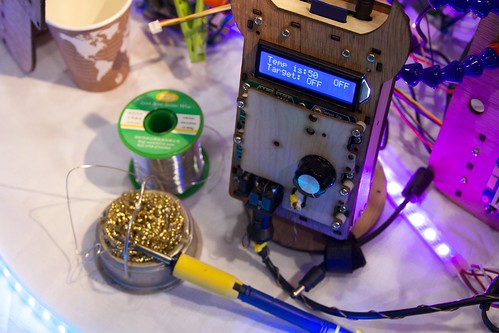 An open-source soldering iron. Work in progress by Tully of Samurai Circuits. 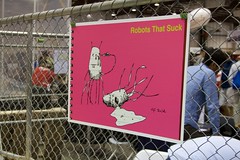 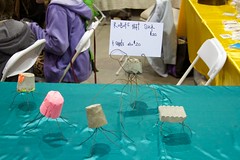 “Robots That Suck,” a Chris Farris project for The Space Between Gallery. (Yes, it’s funny.) 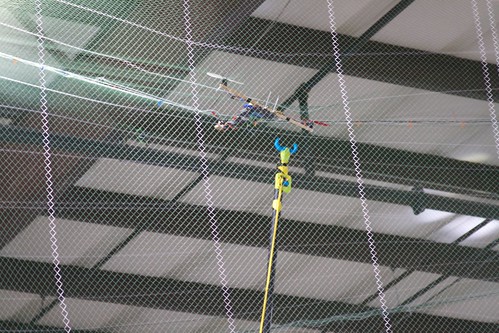 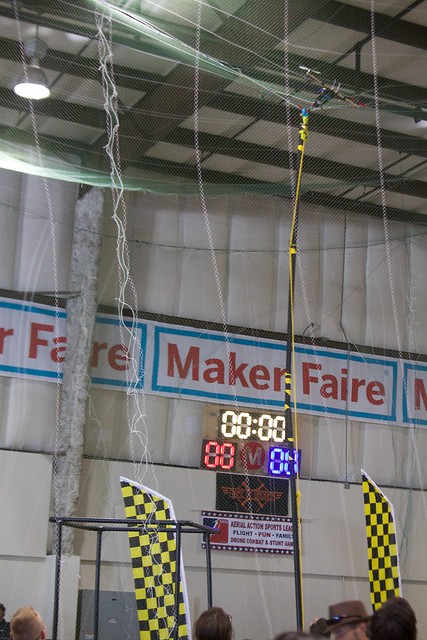 Retrieving a drone stuck in a ceiling net, with a “robot gripper” on a long, long arm. So I hear, it took at least an hour to get down. 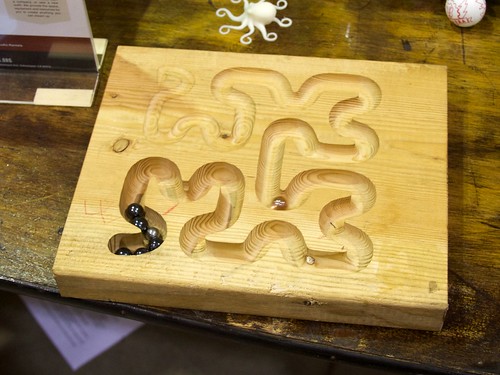 A “simple” marble run, made by carving an ever-deepening path into a single block of wood. I believe that this was at the booth of Chimera Arts & Maker Space. 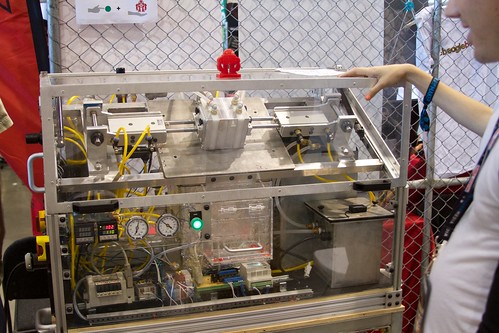 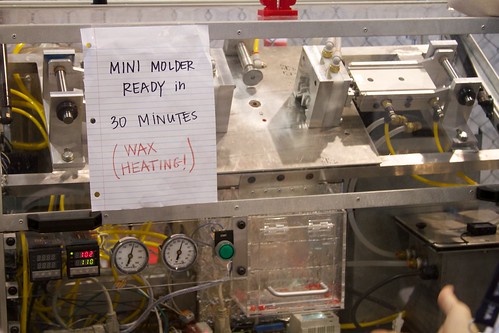 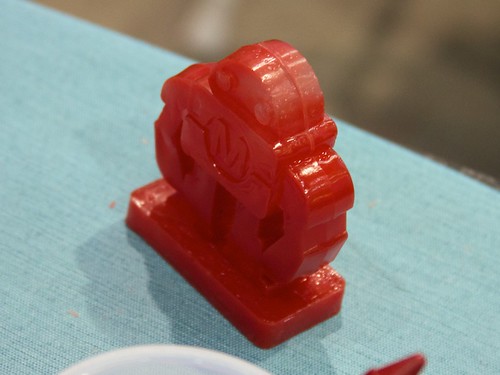 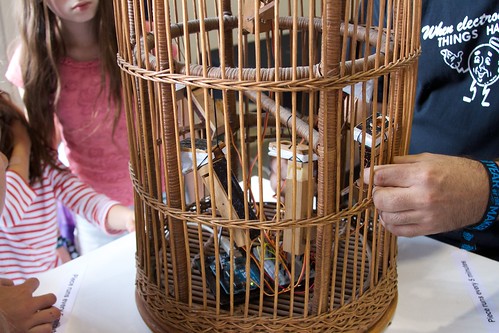 Look for more highlights of Maker Faire throughout the week here!

This entry was posted in Art, Electronics, Engineering, Everything Else, Field Trips, Robotics and tagged art, highlights, makerfaire. Bookmark the Permalink.