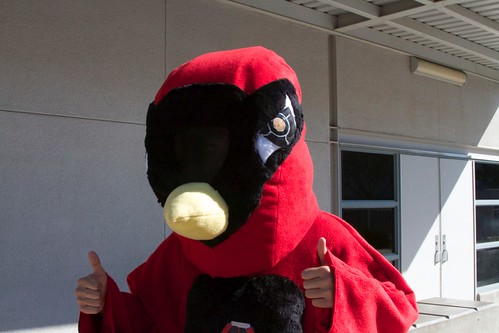 Mascot costumes are often hot and sweaty, and mascots are expected to enthusiastically energize their teams. At FIRST robotics competitions, there are also traditions of dance parties during delays caused by technical difficulties, leading to even more activity in a warm, heavy costume than would normally be expected. 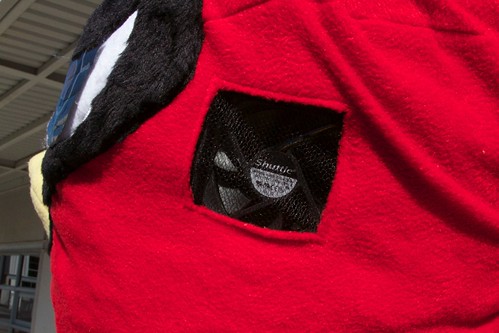 Cardinalbotics, an FRC team from San Francisco, made a mascot costume using an application of wearable electronics I had not considered before: cooling fans. The cardinal head was made of fabric sewn over shaped foam, with fans on the sides to keep everything cool inside. 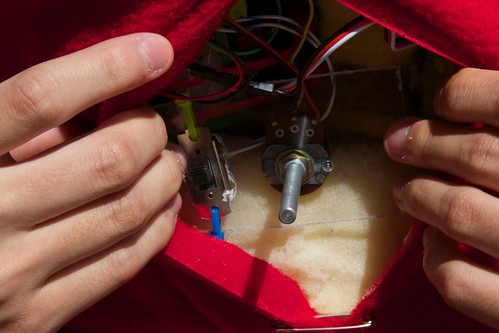 The fans were wired up to an on/off switch and adjustment pot which were hidden in a velcro compartment in the back of the head.

This entry was posted in Costumes, Electronics, Engineering. Bookmark the Permalink.