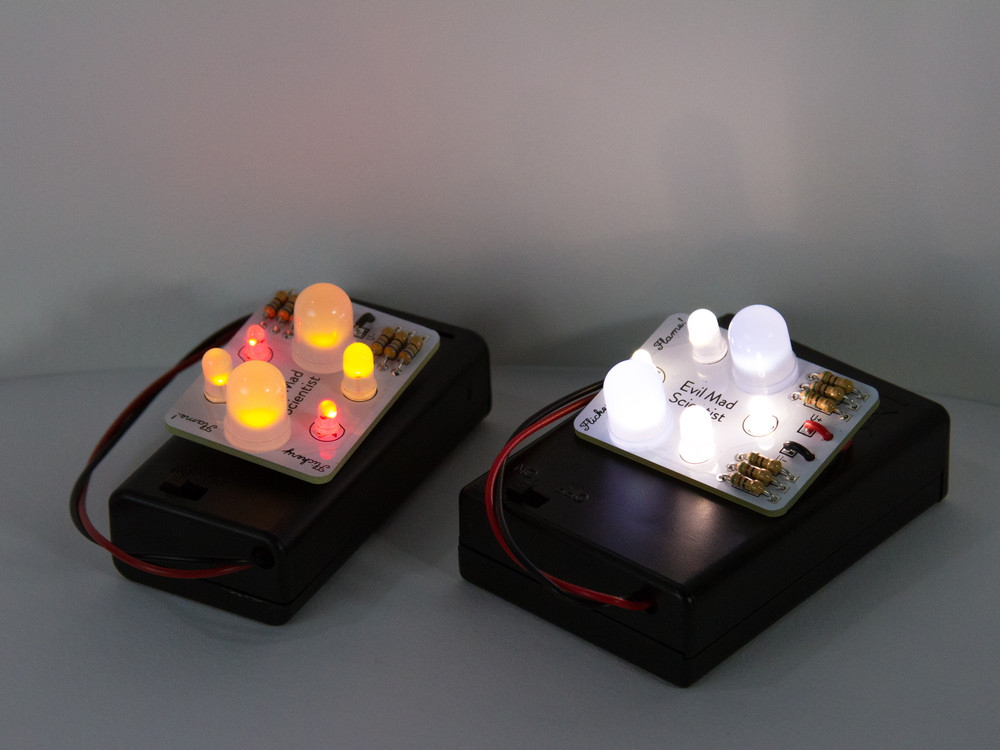 In October, we released our Solderless Flickery Flame project, based on a tiny breadboard with six red and yellow candle-flicker LEDs, to give a fun and semi-realistic flame effect. Today, we’re releasing two new Flickery Flame Soldering Kits along the same lines, each of which has 6 candle-flicker LEDs, a little circuit board, and a battery holder.

The Yellow/Red kit has the same mix of yellow and red candle-flicker LEDs that works so well in the breadboard kit.  This one will look great in a jack-o-lantern, luminaria, or scale-model fireplace.

On the other hand, the White/Warm White kit has a mixture of (cool) white and warm white LEDs that give a modern wintery flame effect that has at least as much charm, but won’t be mistaken for a natural fire. This one will look great in all kinds of winter holiday decorations, luminarias, and props. 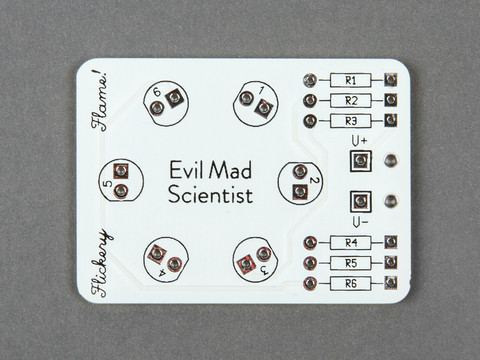 Both the Yellow/Red and White/Warm White kits are fun, low-cost, self-contained, and easy soldering kits, which will be right at home both as stocking stuffers and as bite-size first projects for soldering workshops.