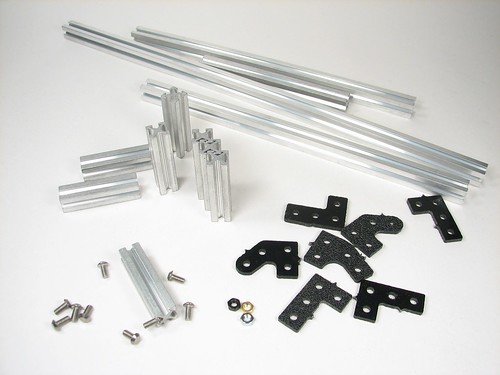 Back in 2009, we helped support the launch on Kickstarter of MakerBeam, a miniature open source aluminum T-slot profile construction set. Just a few months later, we wrote about receiving our first batch of MakerBeam parts.  And while there were some good things that might be said about those first-batch parts, there were some not-so-good things as well. For example, custom screws that couldn’t really be tightened and fastening plates made of too-brittle plastic. With some improvement — stainless steel brackets — MakerBeam eventually found limited distribution in 2011 at Sparkfun in the USA and at MakerBeam.eu, but on the whole, it seemed to be fizzling out of existence.

But, things change, sometimes for the better.  In 2012, Terence Tam’s excellent OpenBeam (a slightly larger T-slot profile, also currently sold by MakerBeam.eu) came roaring out of the gate, reminding us of what great things one can build out of extrusion profiles.  Meanwhile, the folks from MakerBeam.eu took hold of MakerBeam and began to run with it — turning a languishing project into an open source hardware success story. They recently sent us a starter kit to review, and we have to say— we were blown away. 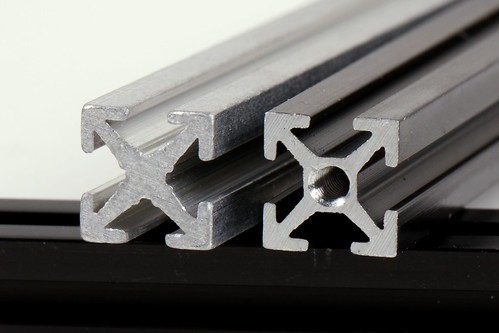 To begin with, they redesigned the profile itself.  The basic proportions are still the same (10 mm across), but the new shape has a thicker solid core that improves strength, and now allows the ends to be tapped. (The hole does not go all the way through.)  They also started having their profiles anodized, providing a harder outer surface, and tapping the ends. 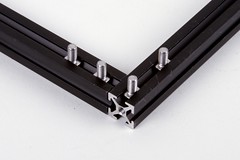 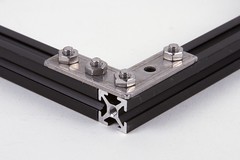 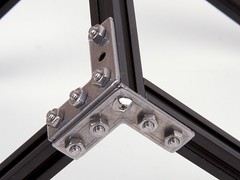 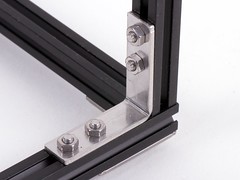 Next up: Nicely made stainless steel angle brackets and fastening plates.  Rock solid when bolted down, although (things being small) you may need to use several of them to get the kind of rigidity that you need for certain applications. We already had some of these shapes from the original MakerBeam makers. 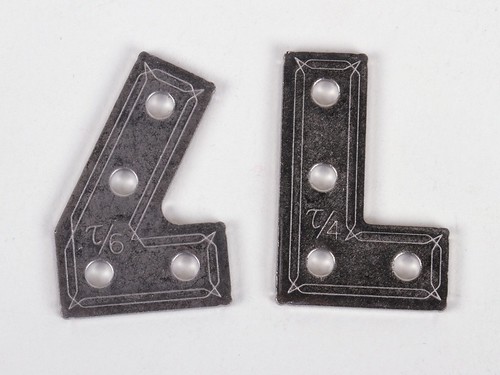 Silly: Some of the fastening plates (the ones designed by the original MakerBeam team) are inscribed with the angle in fractions of Tau, as in ?/4 instead of 90°.  Our guess: it’s certain to please many fewer people than it annoys. 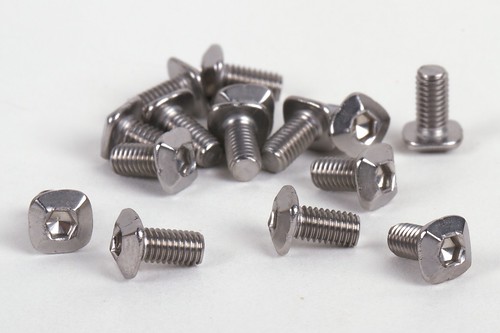 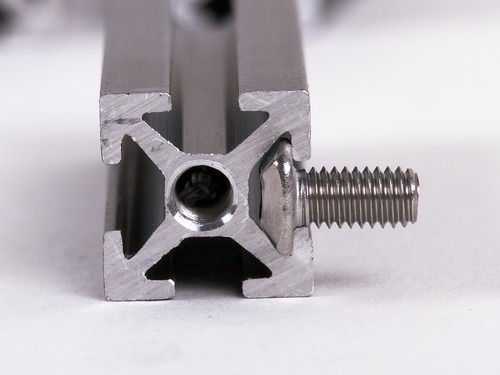 And, most important: A fastening system that really works.  These stainless steel M3 screws with modified pyramid-shaped button socket cap heads are simply fantastic.  They slide easily into and out of the MakerBeam slots, and lock into place perfectly with a simple hex nut on the exterior.

There are arguments to be said for and against putting screw heads in the channels, but if you’re going to do it, you had damn well better do it right. And, finally, someone is doing it right.  You can read about the evolution of the fasteners on the MakerBeam.eu blog, here, here, here, here, and here. 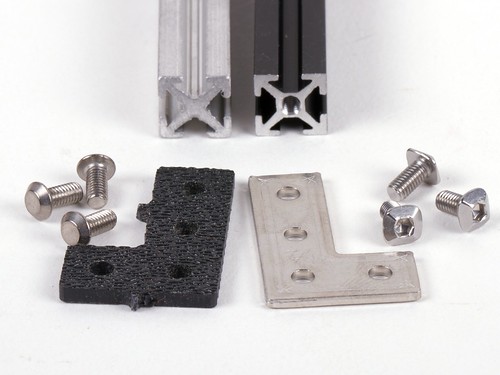 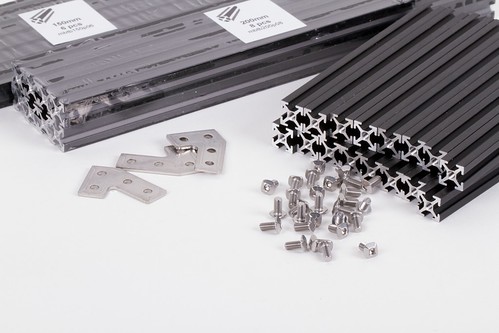 So, after nearly five years, MakerBeam has come of age, and finally fulfilled its promise of being a really nice miniature construction set.  Our congratulations and thanks to MakerBeam.eu for doing such a great job of this, and especially for making these sets available for everyone else.

This entry was posted in Engineering, Open Hardware. Bookmark the Permalink.

7 thoughts on “MakerBeam Comes of Age”