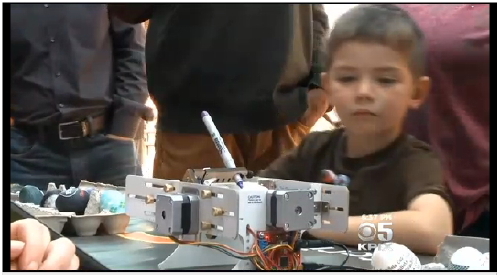 The Robot Block Party was on the news yesterday, including a our very own Eggbot in action. You can watch the segment, titled “Robotics ‘Block Party’ Attracts Diverse Crowd To Palo Alto” over at CBS.

We’re excited to be bringing robots to the California Academy of Sciences Robot NightLife event on Thursday, March 27, 6-10 pm. This is a 21+ event and tickets are $12.

This entry was posted in Engineering, Field Trips, Science and tagged robotics. Bookmark the Permalink. 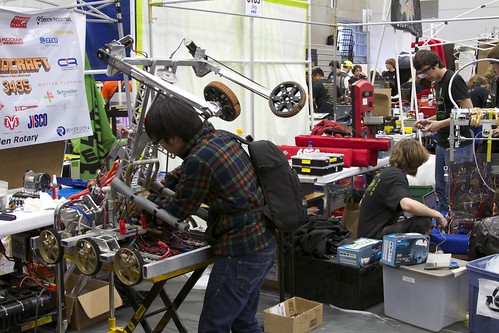 Friday was a busy day in the pits at the Central Valley Regional FIRST Robotics Competition. The teams got their robots unpacked, inspected, and ran practice rounds prior to matches this weekend. We’re here with Fremont Robotics, and we’ll be taking pictures throughout the weekend and posting them (tagged by team number where identifiable) in this flickr set. 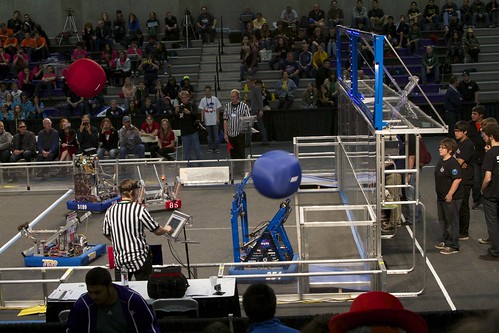 The challenge this year is fun to watch: the robots score goals with large exercise balls and earn extra points for passing to team members and throwing the ball over a beam. The event is free to attend and open to the public, so if you’re near Madera, California this weekend, we’d love to see you here!

This entry was posted in Education, Engineering, Field Trips, Robotics and tagged robotics. Bookmark the Permalink. 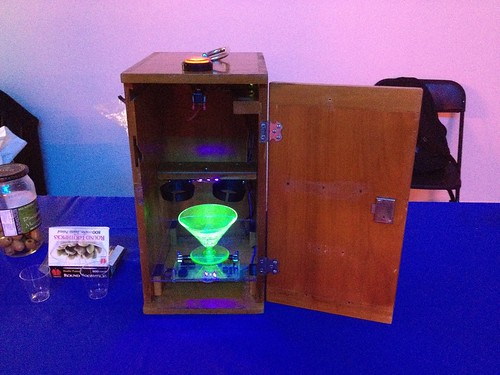 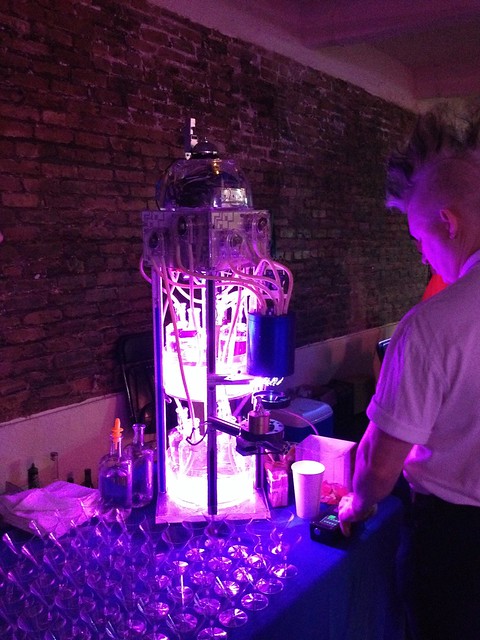 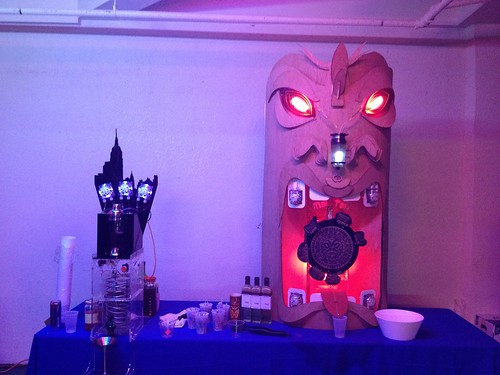 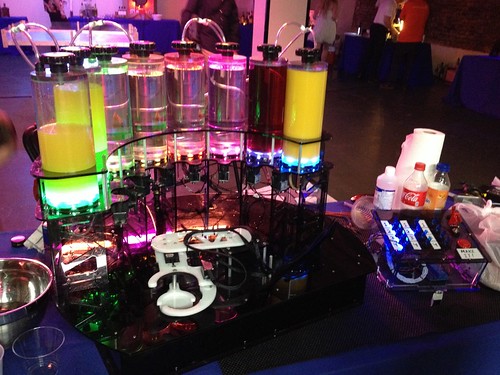 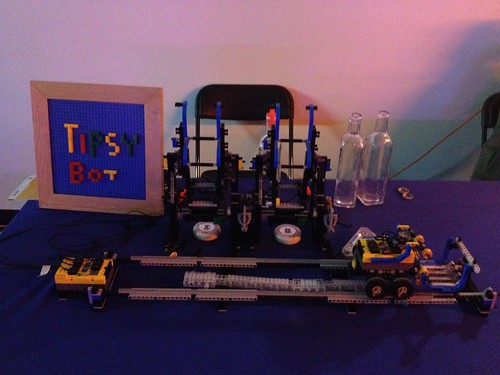 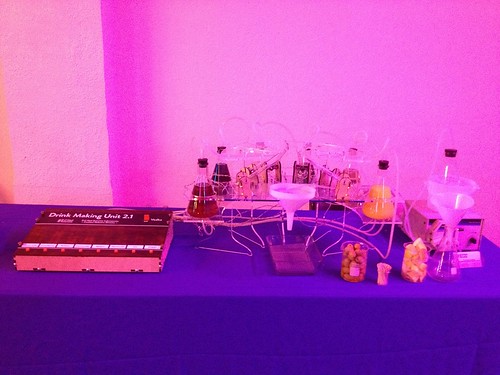 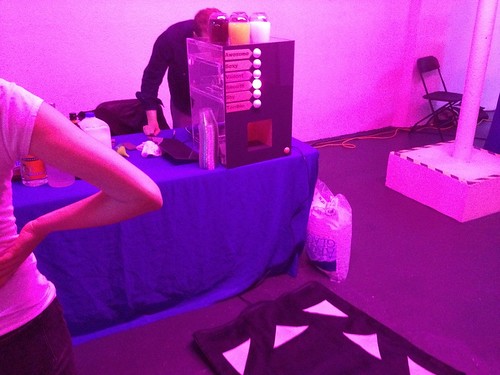 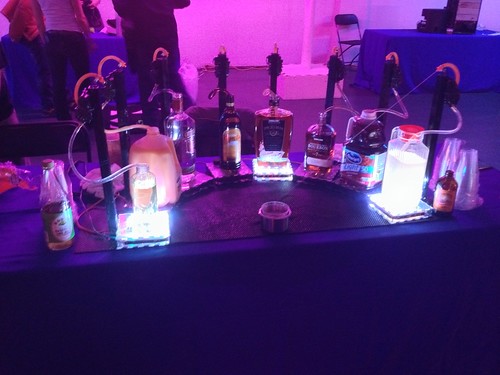 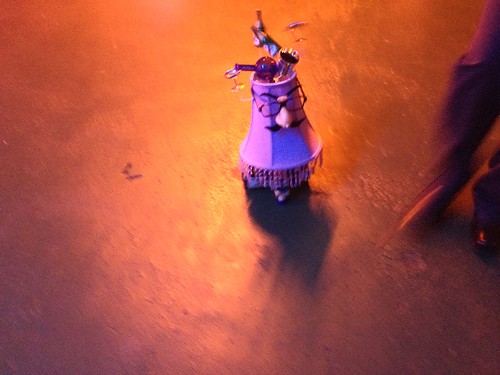 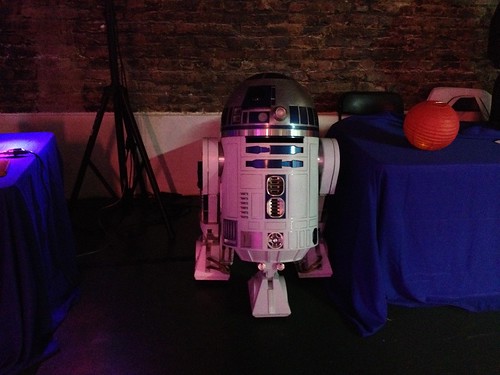 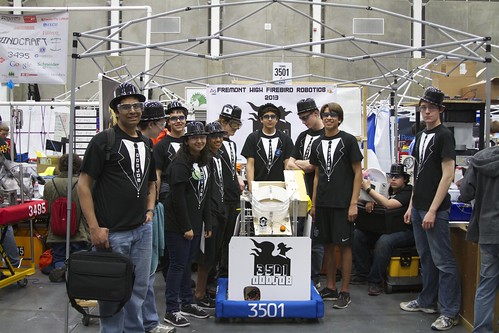 This weekend, Oct. 4-5, is CalGames 2013, an off-season FRC competition. It’s being hosted by the team we mentor, Firebird Robotics, at Fremont High School here in Sunnyvale, California. The event is open to the public and free of charge for spectators. Matches are scheduled for 6:15-7:15 Friday night, start again at 8:15 on Saturday morning and everything wraps up with awards at 5:15 on Saturday afternoon. 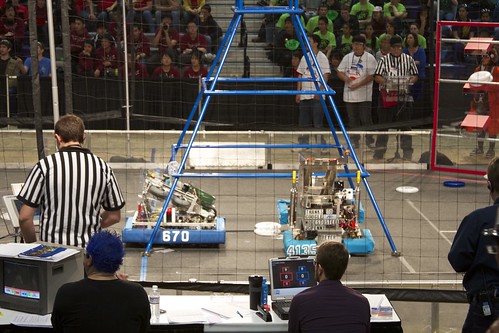 If you’re in the area, come watch the robots shoot frisbees and climb the pyramids!

This entry was posted in Engineering, Field Trips, Robotics and tagged games, robotics. Bookmark the Permalink.

Mathias from Nerd Industries wrote in to tell us about their “Client Service Director Prototype” project. The Client Bot moves on a rail from one client logo the next, dusting each logo in sequence with a little brush. Mathias says:

We came up with the idea that it might be funny to build a robot holding a feather duster and constantly dusting the logos. We named the guy “our client service director” and started developing it. 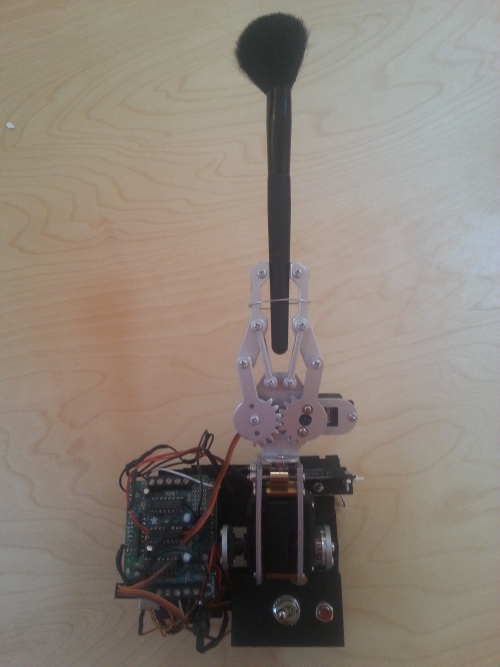 The robot consists of an aluminum carriage. We put a multiphase motor inside and connected it to a robot arm. Also we attached an Arduino board to it as a controller and equipped it with a rechargeable battery pack. Everything has been mounted together with plastic screws to avoid conduction. The robot is powered through the rails. 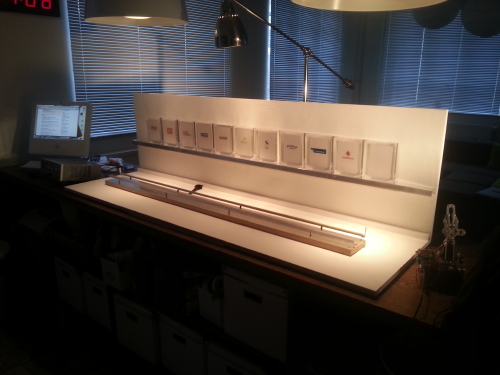 The “feather duster” is actually a make up brush stolen from Christoph’s wife. You can see the general motion of the robot in the short clip below.

They’ve used a video of this charming robot to feature their client portfolio, and that’s where you can see it in its full glory.

This entry was posted in Art, Engineering, Robotics and tagged art, robotics. Bookmark the Permalink.

We are right in the middle of National Robotics Week, which runs April 6-14 and starts a string of events all over the country for makers of all kinds. We’ve listed a few upcoming highlights below:

You can look for events in your area on the National Robotics Week Events site and the Maker Faire Map site—feel free to add your favorites in the comments. We’ll be exhibiting at RoboGames and helping Super Awesome Sylvia show off the Watercolorbot at Maker Faire. We hope to see you there!

This weekend, Saturday and Sunday, October 20-21, 2-7 pm is ComBots Cup VII at the San Mateo Fairgrounds. ComBots is the heavyweight championship for combat robotics and is one of the loudest, most entertaining robotics competitions there is.

Teams from all over the US, Canada and Brazil will be coming to California to fight for The ComBots Cup – the annual international robot combat championship now in its seventh year. The ComBots Cup is to fighting robots what the World Series is to baseball. The two-day event features robots weighing up to 220 pounds fighting to be crowned the world heavyweight champion.

To get a taste of it, check out the video above, which is one in a series from earlier events. You can get your tickets online now. We’ll hope to see you there!

This entry was posted in Field Trips, Robotics and tagged games, robotics. Bookmark the Permalink.