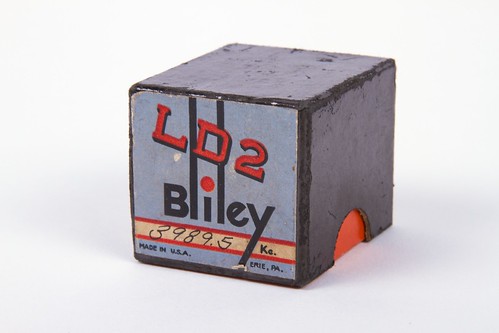 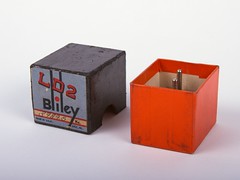 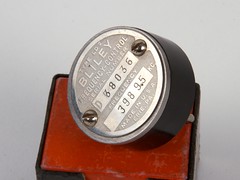 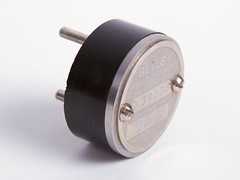 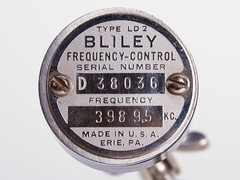 They don’t make — or package — them like they used to. This is a vintage radio crystal from the Bliley Electric Company.  Bliley is still around, making modern oscillators and even space flight hardware, but this vintage unit is a beauty. 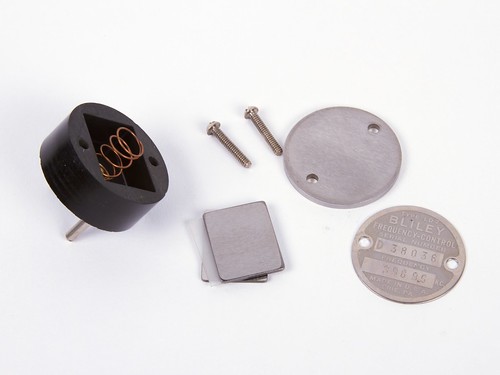 Unlike most modern crystals, this type comes apart easily. Inside, two rectangular steel plates sandwich a thin slice of quartz crystal, all held pressed together with a simple spring.

If you’re interested to learn more, there’s a wealth of additional information about vintage crystals and the Bliley company available online, here. 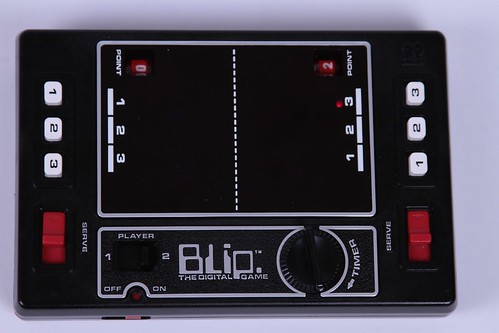 After our Tabletop Pong project, someone suggested that we should check out the Tomy Blip, a handheld game dating to 1977.

And so we did. We snagged one on eBay, and here it is: “Blip, the digital game.”

Blip is unlike any other handheld that I’ve played, and (as you’ll see) it’s quite a piece of engineering. In what follows, we give it a test drive, and then take it apart and see what makes it tick.
END_OF_DOCUMENT_TOKEN_TO_BE_REPLACED 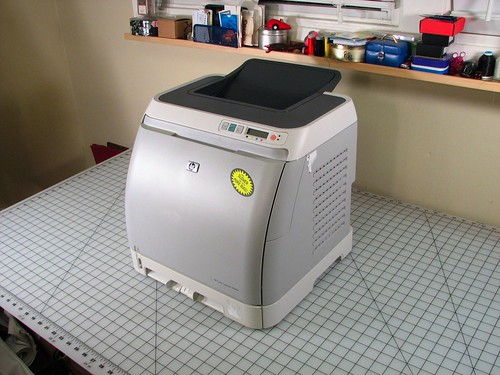 On the bench today: an HP Color LaserJet 2600n, a modern compact color laser printer.
This printer is a curious beast. To an end user, how it works is pretty straightforward– you plug in an ethernet or USB cable and install the driver. But it’s really a technological marvel– a remarkably compact and precise “black box” that wields lasers, high voltage, motors, heaters, sensors, gears, and esoteric electromagnetic properties of specially formulated powders to produce photorealistic images on a sheet of paper.

From an economic perspective, it’s even more of a mystery. Brand new printers like this one are often on sale for about $300, complete with a set of full toner cartridges. You can also buy a set of replacement toner cartridges for it, for about $330. Thus from a crude economic perspective (that is, ignoring the extreme environmental irresponsibility of the remainder of this thought) it could possibly make more sense to just go ahead and buy a new printer when you run out of ink. Certainly, loss-leader printers have been the standard for some time in low end inkjets– is that what’s going on here, only at a higher scale? Maybe, but it’s not an open-and-shut case: the initial set of toner cartridges will last for years for infrequent home users, so it’s hard to imagine that HP would make money on every sale if they had to rely on many cartridges to be sold for every printer.

The printer on the bench today has served us well, but its time has finally come. In taking it apart, we’ll take a look at the design and see what interesting components are inside that might be reusable for other projects. (Hint: lots.) We’ll also see some of the very interesting guts in much more detail than your average teardown. We set out to make a photo essay of this, but at well over 200 photos (exchanged at the standard rate) this actually turns out to be less of an essay than an epic novel.
END_OF_DOCUMENT_TOKEN_TO_BE_REPLACED 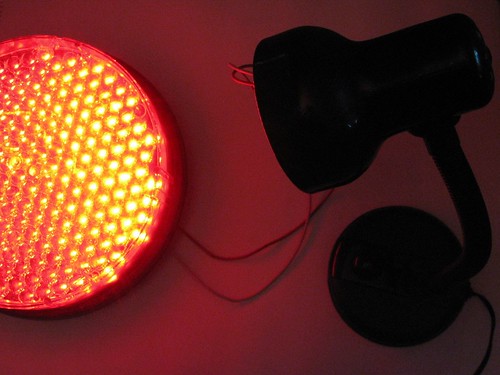 Many cities are switching to LEDs for their traffic signals, and is it any wonder? The energy savings are tremendous, never mind not having to change burnt-out bulbs all the time. Luckily for us, LED traffic signals are finally ubiquitous enough to show up at the surplus stores. Our local junk shop had a couple of big barrels of LED stoplights and turn signals of various sizes. We picked one out that still had the connector attached for screwing it into a regular light bulb socket. 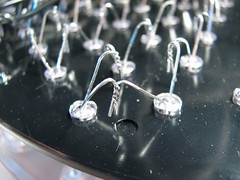 Of course, after we made sure it worked, we promptly took it apart. It is a fabulous object, designed to be used, abused, taken apart, and maybe even fixed, though there is not much to go wrong. Click through for more gory photos and delightful design details.

END_OF_DOCUMENT_TOKEN_TO_BE_REPLACED

This entry was posted in Electronics, EMSL Projects and tagged electronics, LEDs, takeapart. Bookmark the Permalink. 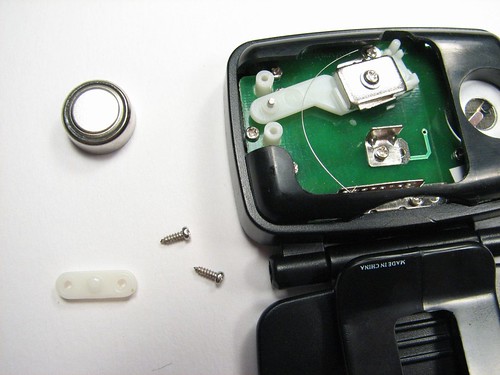 Nothing makes us more gleefully happy than taking things apart. On the table today: a pedometer. Lots of gory pictures after the jump.

END_OF_DOCUMENT_TOKEN_TO_BE_REPLACED 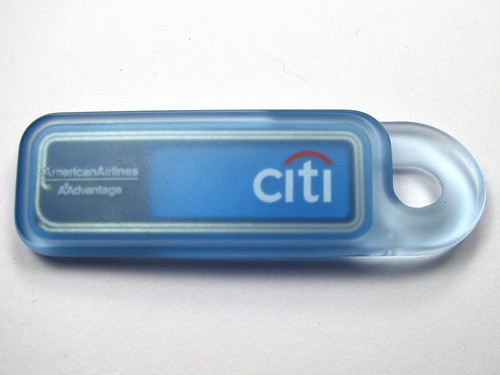 The PayPass is an RFID version of the MasterCard credit card. It is often available as a keychain “fob,” like the one shown above.

This particular one is from Citibank and is– as far as I can tell– a free optional addition to any Citibank Mastercard account. These have been in the wild for about a year now, and seem pretty handy. The obvious downside is that the RFID readers are far from ubiquitous. Still, things are improving and there are now quite literally dozens of places where you can use them.

From a hardware perspective it’s easy to see that this fob consists of the RFID element itself encased in a big block of plastic. And of course, plastic can be removed.

END_OF_DOCUMENT_TOKEN_TO_BE_REPLACED

This entry was posted in EMSL Projects and tagged takeapart. Bookmark the Permalink. 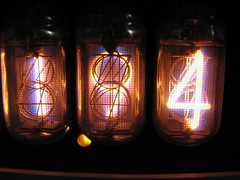 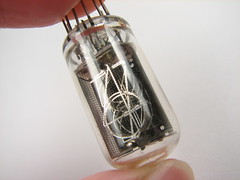 Don’t you just love nixie tubes? They glow with a lovely neon color and have gorgeous stylized numbers– something you can’t get with a dot matrix– or even sixteen-segment LED or LCD display.

Recently, we disassembled a well-loved tube when there was a photogamer challenge to break something, and so we had a chance to peek inside and look at how they are made.

Warning: This article contains graphic images of the dissection of vintage electronics which may be disturbing to some viewers. (No working nixies were destroyed in the making of this article.)
END_OF_DOCUMENT_TOKEN_TO_BE_REPLACED