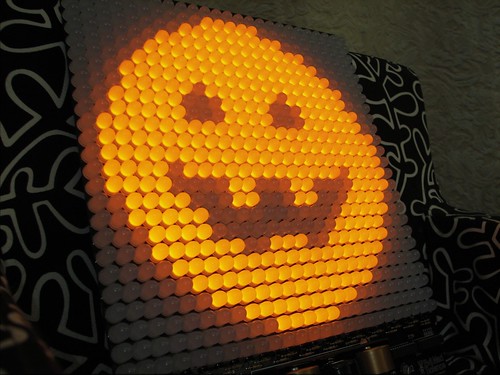 Lately we have been working on a new version of the PeggyDraw program, which is a program that lets you draw things that you want to display on the Peggy 2 for static images. The new version isn’t quite ready to show off this week, which is too bad because we like to put out our Peggies for halloween.

On the bright side, Mark Delp just sent in a program called bmp2peg that’s been added to the Peggy project at Google Code. It converts a (tiny) windows BMP file and generates an Arduino sketch that can run on the Peggy. (bmp2peg runs on windows, and also on linux if you recompile it, macs unknown thus far.) Both bmp2peg and the original cross-platform PeggyDraw can be used to put static images on the Peggy, or to generate static frames that you swap out in the code to build simple animations. The window-friendly pumpkin above was drawn as an image file, converted with bmp2peg, and installed on a Peggy 2 filled with orange LEDs.


Last year at halloween we took a different approach to the Peggy in the window. We took one filled with red LEDs, and every twenty seconds (or so) it would flash the letters “BOO” — huge and bright — and then go dark again. We took a little movie of this last year, showing how that works. 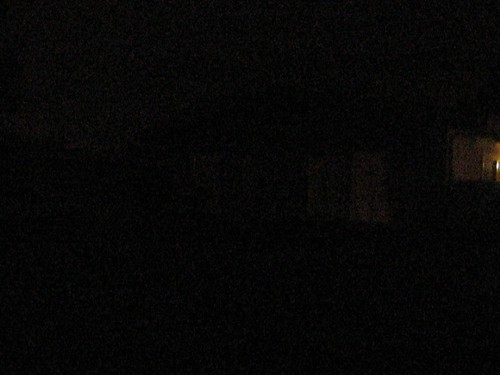 The video is very dark, but it’s accurate: our street really is that dark on Halloween. You have to walk slowly because you can’t see where the sidewalk is.

Update: PeggyDraw 2 is now available for your Peggy 2 fun!