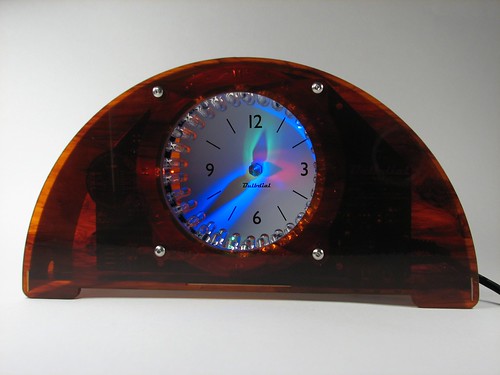 Back in April, we posted a little project in which we demonstrated a simple Bulbdial clock, based on the original concept from IronicSans.com. We had a lot of feedback on the original project. We listened to it, learned from it, and finally designed a kit around the concept. 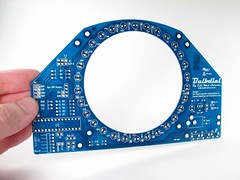 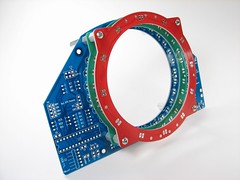 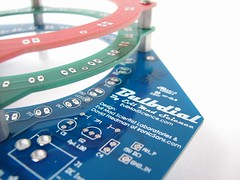 72 LEDs, charlieplexed. This is an efficient arrangement, since only three LEDs (well, maybe five, if fading between two locations) need to be on at a given moment. There are 30 LEDs each on the second and minute rings, and 12 on the hour. The clock changes position every two seconds– fading between positions, so it’s easy to see that the clock moves in real time now. (Embedded video follows; if you can’t see it here, click through to see it at YouTube.)

Third, we have a real enclosure. 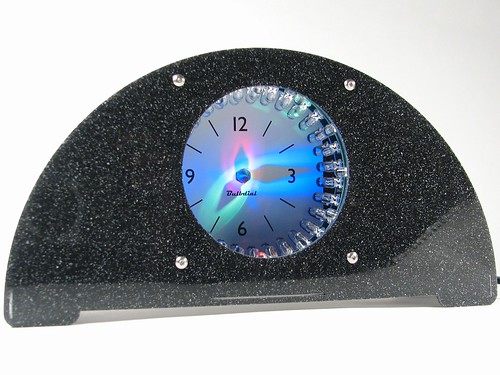 It’s now designed as a mantle or desk clock, with 1/8″ acrylic front and back faces. We found a source of some amazing plastics– iridescent pearl, black-flecked granite, and tortoiseshell, and used those for the faces. We also put together a clear front/black back enclosure, so that you can see our pretty circuit boards. 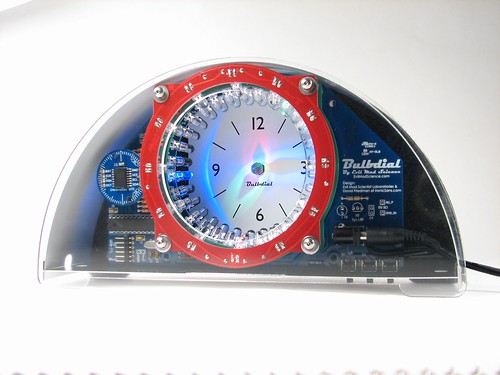 While the front and back faces are rigid, the top “arch” and bottom pieces are thin, flexible acrylic that bends where we need it to.

Fifth, an option for a real-time clock module with battery backup. 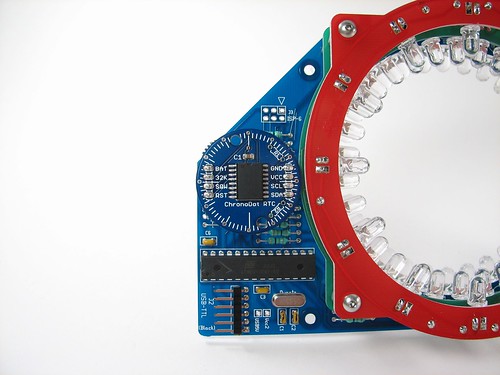 We picked the Chronodot from macetech, which includes a DS3231 chip and a backup battery. The DS3231 is a “high accuracy” clock chip with a built-in temperature-compensated crystal oscillator. Nifty. 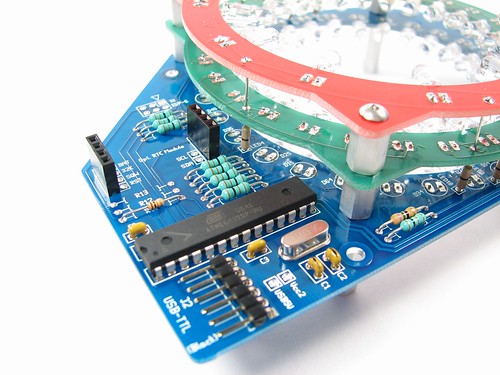 Sixth, it’s Arduino compatible, just like Peggy 2 and Meggy Jr RGB. Want to hack it? Piece of cake. Since we’re using the FTDI USB-TTL cable for programming, you can also use that cable to sync the time on the Bulbdial clock, or even to power the Bulbdial via USB. 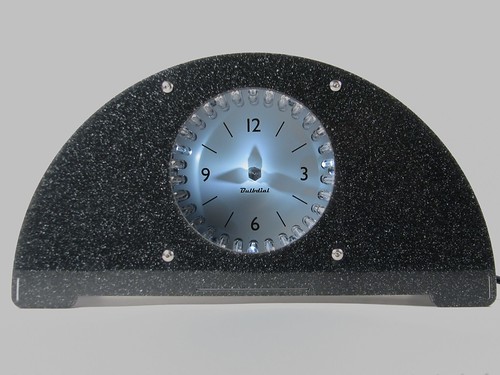 Seventh, it comes in monochrome. Love it or hate it, it’s there for you to covet or ignore. 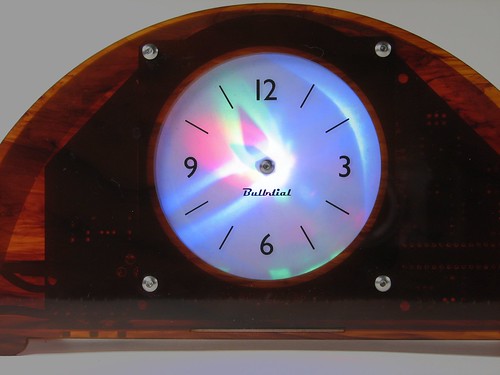 Eighth, it’s designed to support a rear-projection mode. Update: Finally working as of August 2010! (Read about it here.)

Ninth: Pointy gnomon. (Gnomon == the thing in a sundial that casts a shadow.)

And finally, yes, you can get one in time for Christmas.

This is an open source hardware+software project.

82 thoughts on “The Bulbdial Clock Kit”