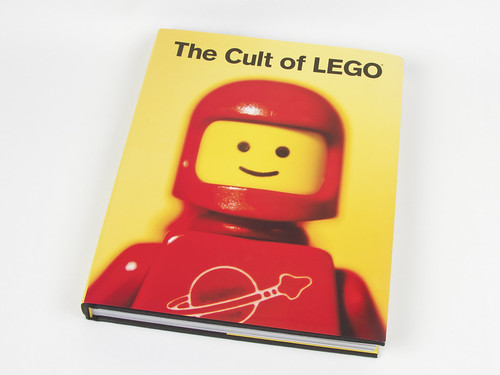 No Starch Press recently sent us a review copy of their new book, The Cult of LEGO by John Baichtal and Joe Meno of Brick Journal. It is not a book for kids. It is also not about LEGO. Nor is it really about the amazing things that people build out of LEGO (of which a great many are featured). Rather, it is about those people. The Cult of LEGO is a beautiful and substantial work, exploring the breadth of communities that have been grown around LEGO. 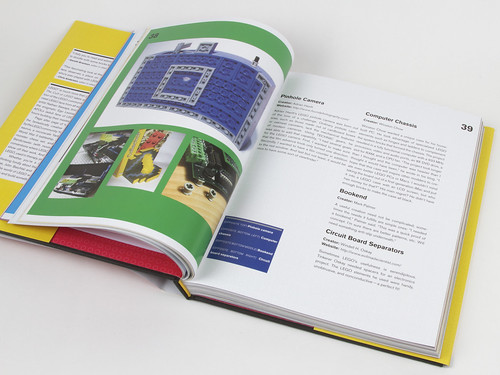 The book is heavy with photos, cleanly laid out, and expertly produced– solidly built like a LEGO brick, right down to the astronaut on the cover. Fine touches throughout– like the chapter numbers built from basic blocks, or the title page in the style of an old LEGO instruction guide (“304 interlocking pages”) –add to the charm. I suspect that anyone who has grown up with LEGO will genuinely want to have one of these on their coffee table. 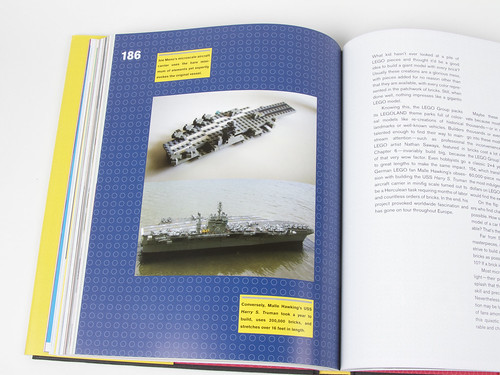 As we do occasionally publish LEGO projects, John Baichtal interviewed me briefly in the course of researching the book, and a few of our modest projects (including organizing bricks and circuit board standoffs) are featured. Seeing our own projects as footnotes to gargantuan scale models of aircraft carriers, or to the the first Google server (in its LEGO case), or to working mechanical computers is thrilling. It is also quite humbling. But the community is the thing. Sure, there is a lot to say about fandom proper and conventions, but LEGO also represents a shared experience to many people, a cultural influence, an artistic medium, and a common language. The Cult of LEGO explores each of these topics through interviews and topic-based descriptions of projects. It is easy to forget how important LEGO is to modern robotics education, or how much of a mark the mini figure has made on popular culture, and I’m glad to have been reminded. 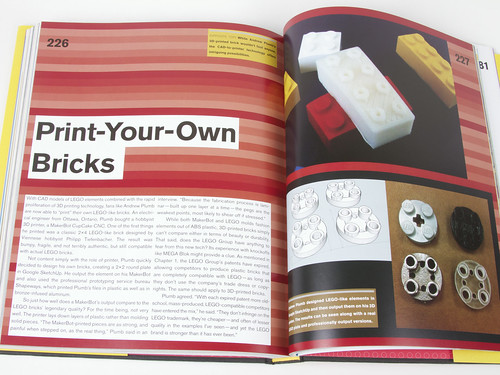 Because it is about the community (rather than the company), The Cult of LEGO is free to discuss “fan art” in all of its guises, and that leaves the book delightfully modern and in some ways irreverent. Many people still believe in keeping their models pure, made of only extra-virgin LEGO-blessed ABS. But others these days are injection molding their own custom mini figure scale weapons. Or like our friend Andrew Plumb, beginning to explore 3D printing of custom bricks. 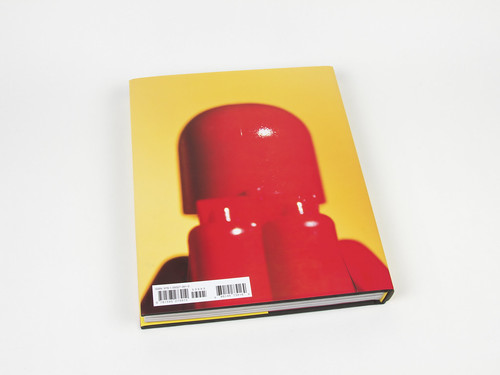 The Cult of LEGO is available this week. I give it my highest recommendation. If you grew up with LEGO, you owe it to yourself to get a copy.
This entry was posted in Reviews and tagged lego. Bookmark the Permalink.