Maker Faire can be a pretty demanding environment for a project. Outdoor locations expose many projects to the weather, prototypes may have been unpacked and repacked by the TSA, and curious visitors may handle projects in new and unexpected ways. Or maybe ambitions were greater than preparation time, and the project just didn’t quite get finished before the fair opened. No matter what the reason, Maker Faire is a great place to see people in action fixing, troubleshooting, and finishing their projects. Below are some beautiful projects I caught in progress at Maker Faire New York. 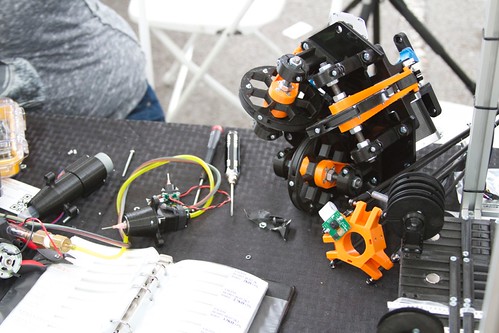 The FirePick Delta pick and place machine was a victim of the TSA, and arrived less functional than when it had been packed. The team was working on it valiantly, which also provided opportunities to get a closer look at many of the components. 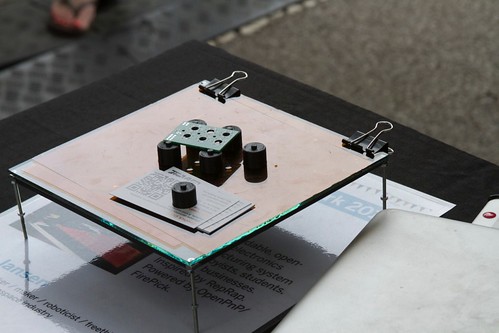 Components not in use were repurposed for holding down business cards in the breezy aisle of 3D village. 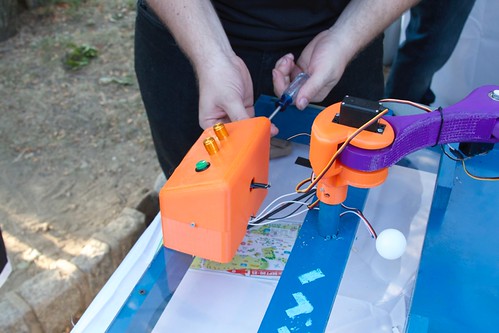 The maker of this robot arm soccer game was opening up one of the control boxes to check on a malfunctioning knob. 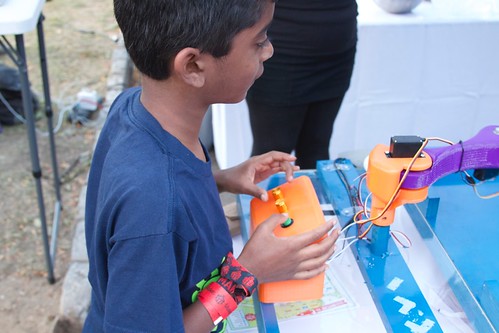 He had no shortage of willing testers after the repair. 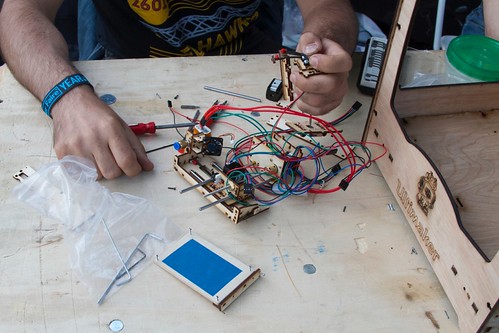 This half-scale 3D printer assembly was at least as charming in its disassembled state as it would have been all put together. It is great to see the components along with the kinds of tools that are used to assemble and repair projects like this one. 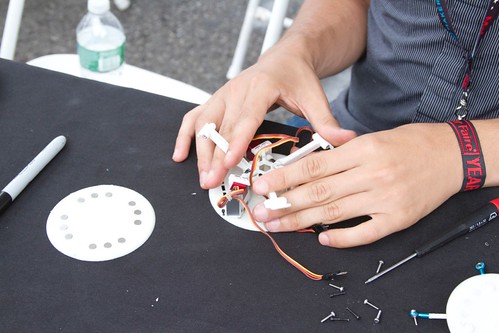 Gertie the robot had seen quite a bit of action, first at the Bay Area Maker Faire and then in New York. Her actuators were apart and in the middle of repair when we came by. 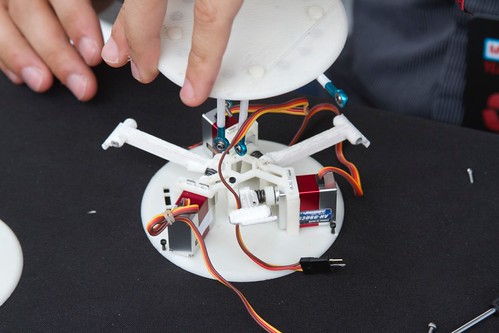 This let Alonso show us the mechanism and demonstrate how the internal frame worked to lean and make Gertie jump in different directions.

Maker Faire exhibitors are generous with sharing tools and materials with each other, and visitors are treated to what are typically hidden activities. No one whisks away a broken prototype to hide it out of sight. Instead, the guts are happily spilled out for everyone to see and learn from.

This entry was posted in Education, Electronics, Engineering, Field Trips. Bookmark the Permalink.