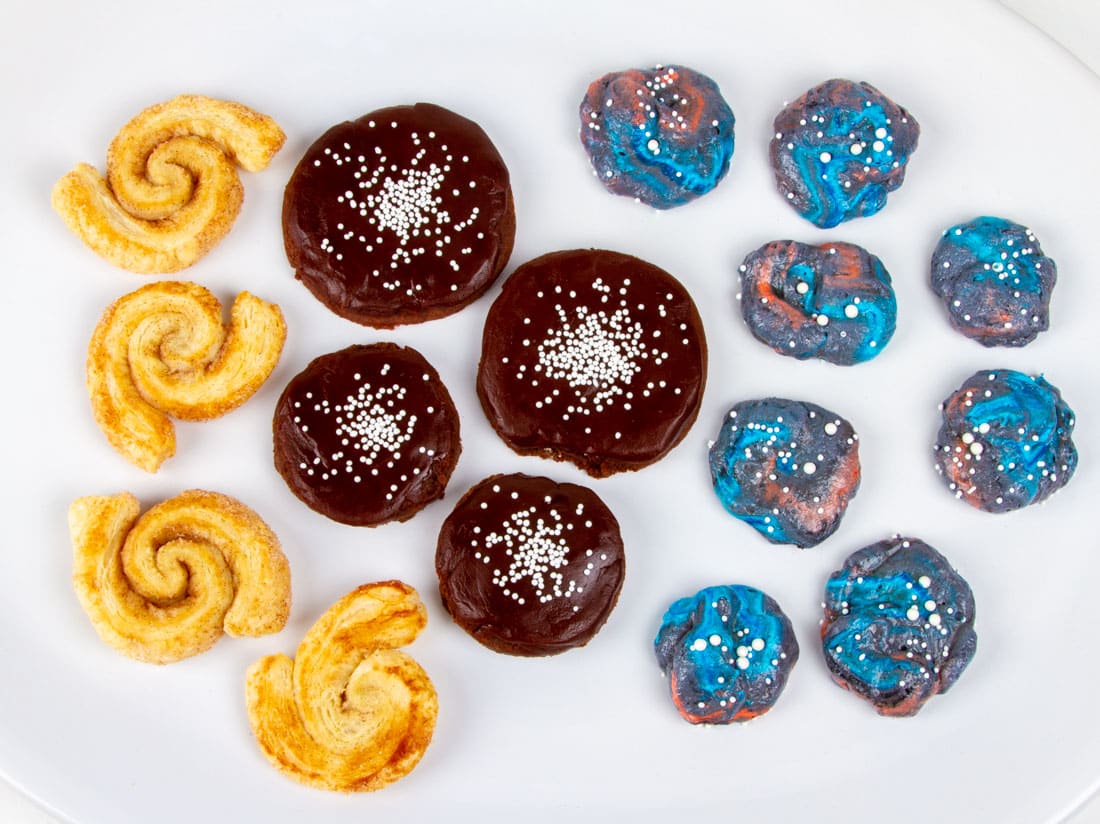 We love any excuse to create science themed food, and we had a blast brainstorming our contribution to “Astro-Gastro” contest at the annual member meeting at the Fremont Peak Observatory. We settled on some of the things we love to show visitors to the observatory: Galaxies, globular clusters, and nebulas. 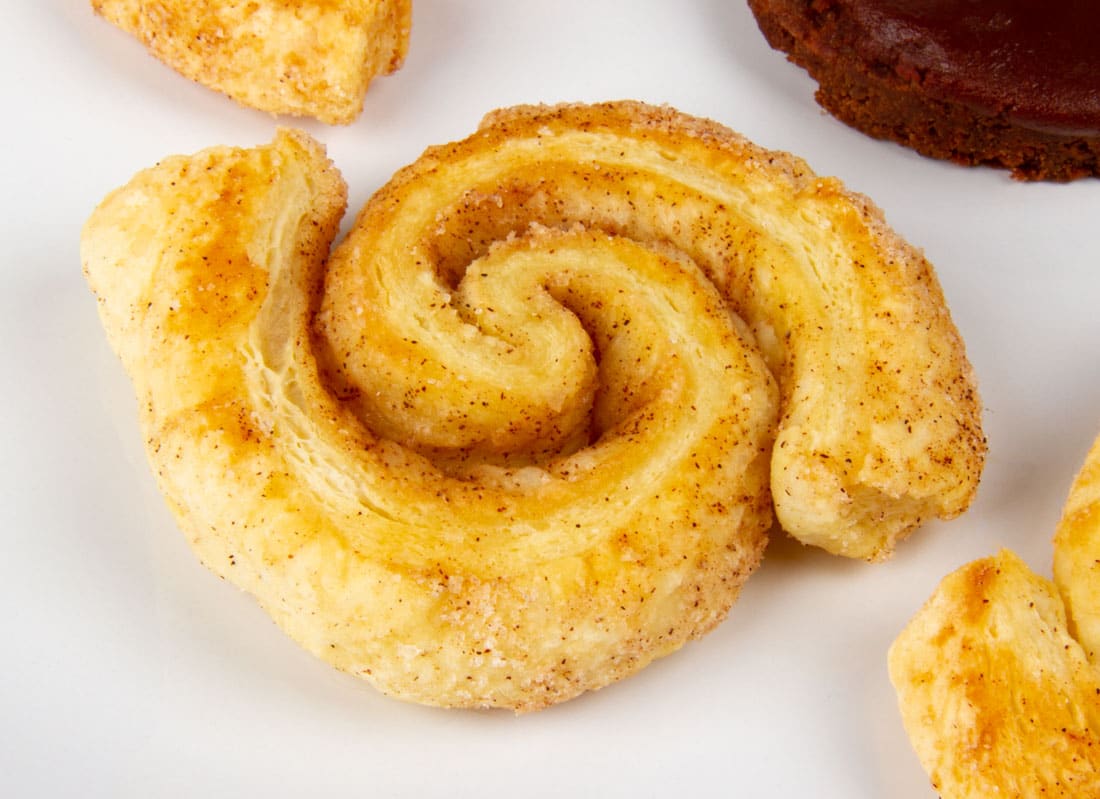 Cinnamon Pinwheel Galaxies are inspired by palmiers. They are made with puff pastry that is coated in cinnamon sugar and rolled up, sliced and baked. The recipe is identical to palmiers except that you first fold the pastry over itself a little further than halfway, and then roll up from the folded edge to create the spiral pattern that shows when you slice them. 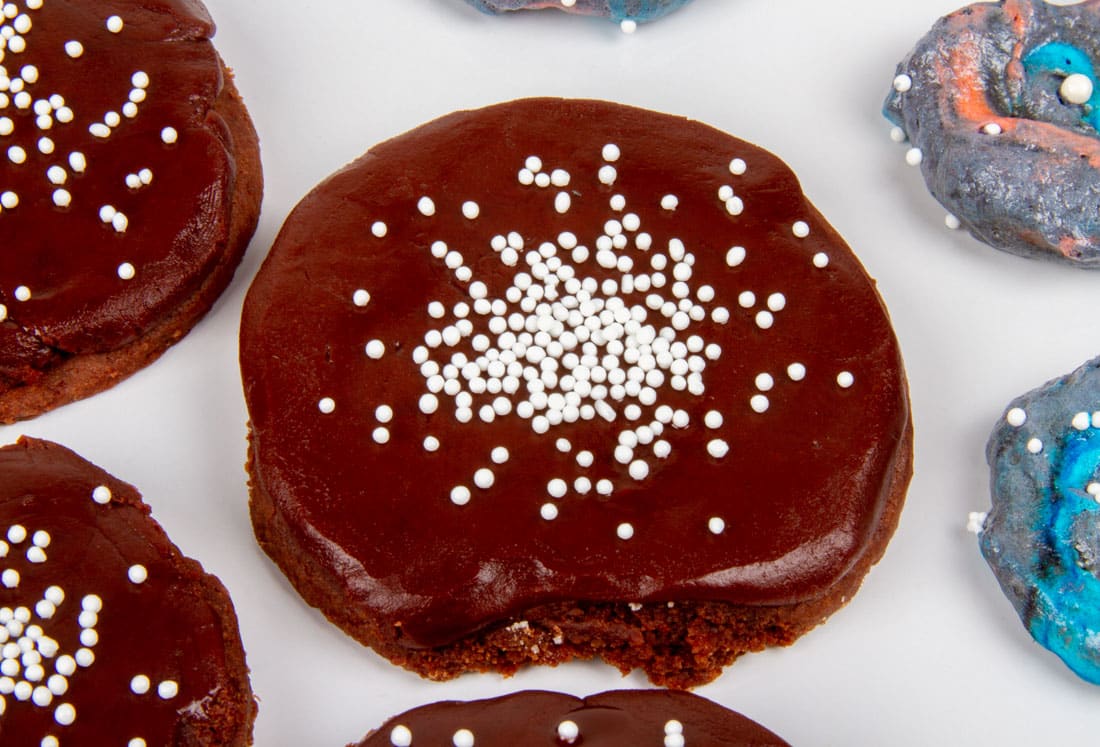 Immediately after spreading the icing on a cookie, very slightly moisten the top of the icing with water. You can either dip a finger in a dish of water and smooth a bit over the surface of the icing or use a water mister to give it a very light spritz. The water on the surface will make it sticky enough for the sprinkles to adhere to. Drop small white non pareil sprinkles over the center of the cookie. We used a small funnel held over center of the cookie, to create a dense cluster in the middle, and fewer and fewer as you reach the edges. 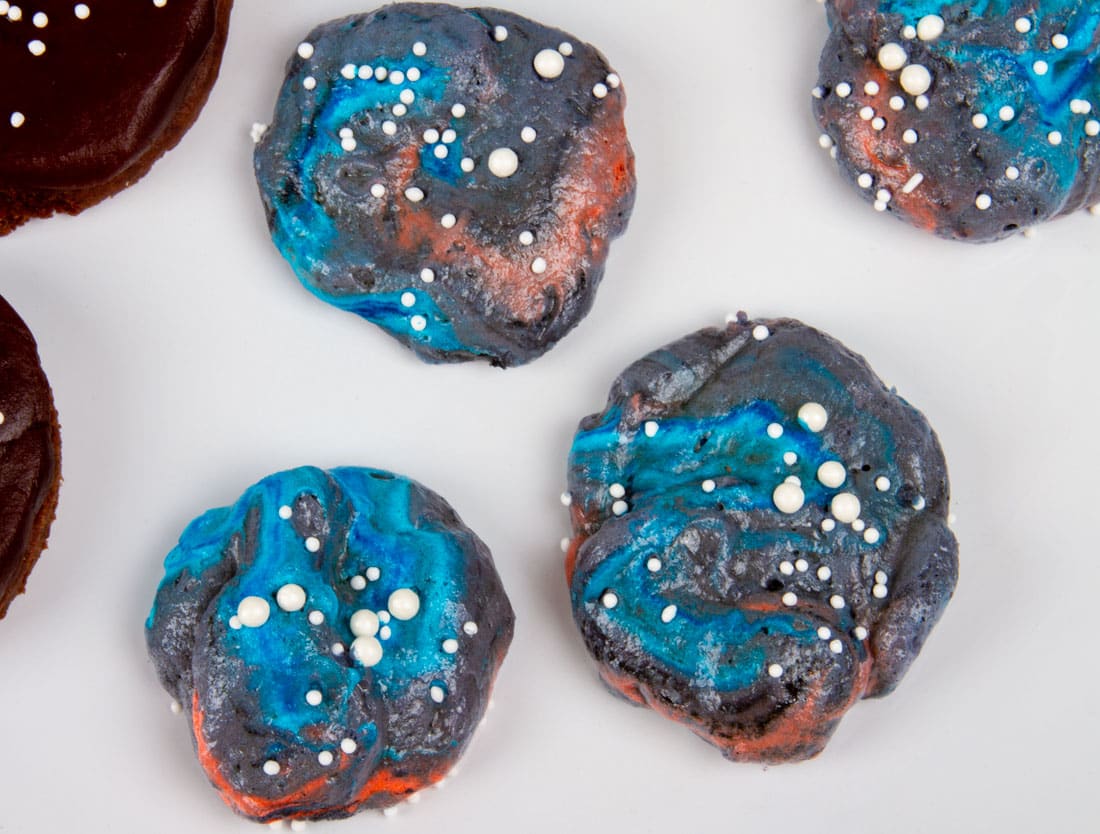 For the Meringue Nebulae, we divided a batch of meringue into two, and colored half of it with black food coloring. The other half we split again and colored with red and blue respectively, stopping before it was fully mixed in to allow for some color variation. We spread the blue meringue along one side of a piping bag, and red along the other. Then we filled the middle with the grey. We piped the mixture out with a #12 icing tip in a wavy, uneven fashion. Using two different sizes of non pareil sprinkles made it look like there were stars of different brightness in our nebulae. 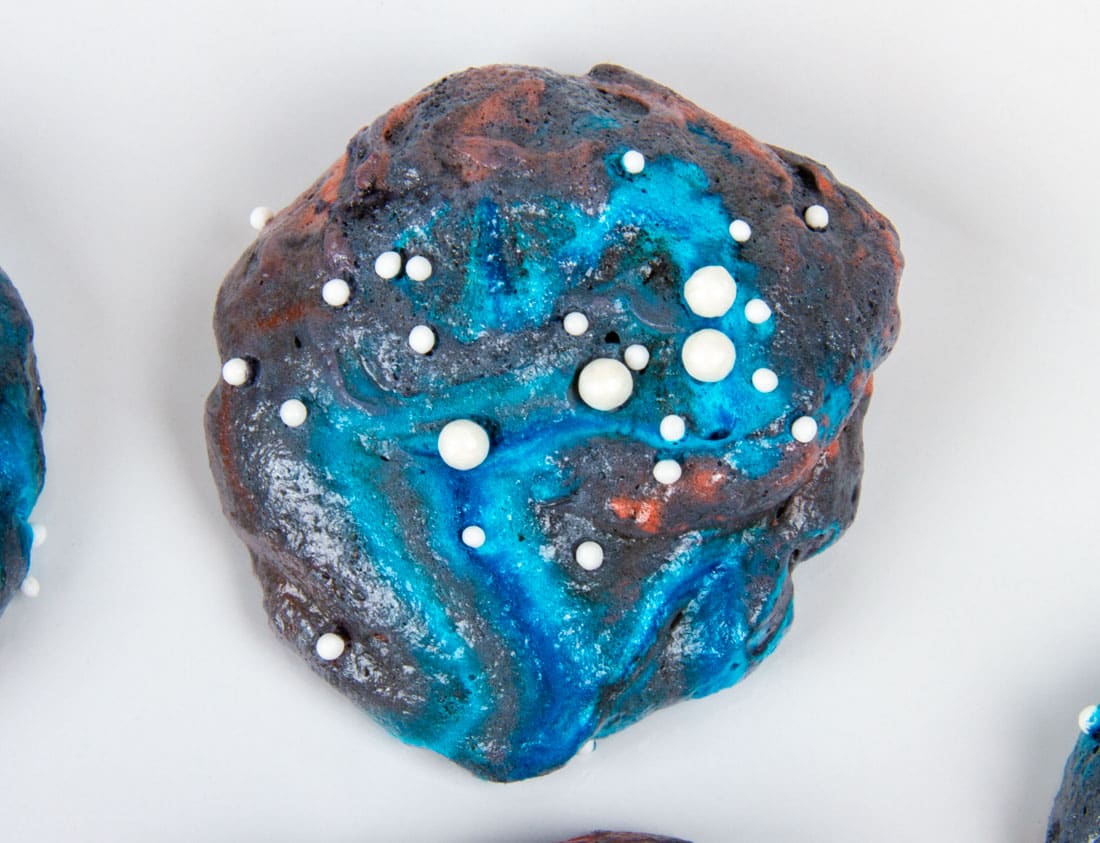 This entry was posted in EMSL Projects, Play with your food, Science and tagged astronomy, cooking. Bookmark the Permalink.